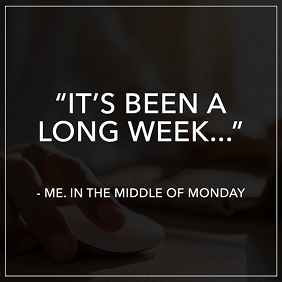 It’s the WSGW Monday Morning Team Show with Charlie and Dave and Pat and YOU…..

Charlie and Dave and Pat and YOU: Another story of a technological glitch and people taking advantage of it by stealing when they sure know better (runs 5:34)…..

You are invited to try and “earn your invitation” to play with WSGW…..

THE TREE IS BURNING FROM THE INSIDE TO THE OUTSIDE

When firefighters from the Ridgeville (Ohio) Township Volunteer Fire Department arrived on the scene to put out a burning tree on Tuesday morning (July 5), they faced a particularly difficult job.

Lightning from some morning storms had struck and ignited a tree near a home in Ridgeville, a town between Dayton and Cincinnati in southwestern Ohio. But firefighters came across a single site when they arrived. Rather than finding a tree engulfed in flames, they instead saw a tree burning from within.

“Lightning can do crazy things and we had a hard time hitting all the hot spots on this tree trunk,” the department posted on Facebook along with the photos. “A big thank you to Moyer’s Tree Service for coming out this morning to help cut down this tree for us and the owner so we could put the fire out completely.”

Comments on the post ranged from awe at the power of nature and the beauty of the images to lamenting the loss of what appeared to be an old tree.

The WSGW Team Morning Show is sponsored by…..

Four locations at your service in Saginaw, Bay City, Midland and Mt. Pleasant

If you’re waiting months for an appointment, Sound Asleep Lab can schedule you within one to two weeks

The region’s most profitable sleep lab and counseling center

Wake-up song of the day: Michael Semblello “Maniac”. It’s a “One Hit Wonder Monday” song! For our purposes, defined as a singer or band known for only one song to chart in the US Billboard Top 40. Or, even if a second song hits the charts, it’s outdated and generally forgotten because of the success of “One Knock Wonder.” Michael’s musical resume is extensive, but not reflected in chart success. is best known for his work as a guitarist, keyboardist, songwriter and producer. One of his first opportunities was to be named lead artist working with Stevie Wonder on the album “Songs in the Key of Life”. worked with Michael Jackson. His songs are featured in the movies “Cocoon” and “Independence Day” and “Gremlin”. This song was moving on the soundtrack of “Fame” and was the second biggest song (behind the title song ) to spend a week at No. 1 in 1983.