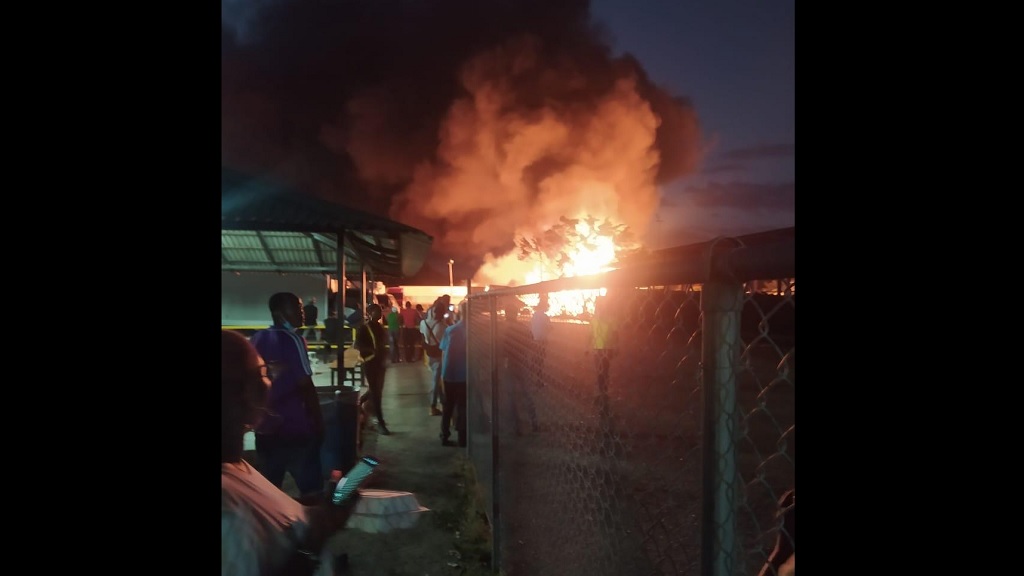 Clare, speaking to the media after the major fire was extinguished and cooling operations said the actions of firefighters, as well as a well the company installed after a fire engulfed sections of the complex in 2016, helped prevent significant losses at the facility.

“I would really like to take this opportunity to grow the Spanish Town firefighters. They did an amazing job. They were on the scene within minutes of us reporting the incident and they were able to refuel here.

“We had great access to water and we had much better fire containment than the previous fire in 2016, so I think the firefighters often get a bad rap and they did a fantastic job. Very brave men and women out there fighting it,” he said, as firefighters carried out cooling operations.

A fire in 2016 caused extensive damage to the facility, which was renovated, modernized and reopened about a year later, with the new premises increasing by 100,000 square feet, compared to the previous structure, to 360,000 square feet. .

According to Clare, however, the fire was contained to a pallet repair site on the compound. He said the fire damaged two trucks and some pallets, but the main buildings of the complex were not affected, which will not stop the company’s operations.

“How the fire started is unknown at this time. The fire occurred at a pallet repair yard. So far we have no casualties to report. A minor loss of some We lost two of the contractor’s trucks, two of the 10 tonne trucks and we lost about 50 pallets, but the rest was rubbish that was ignited in the fire.

“We don’t expect any disruption in service and we would like to thank God for the good fortune and are very grateful that no one was injured,” Clare said.

“Around 6:40 a.m. we received a call that there was a fire on Wisynco property and when we answered we recognized that the fire was confined to the truck yard. Two trucks were on fire and two containers.