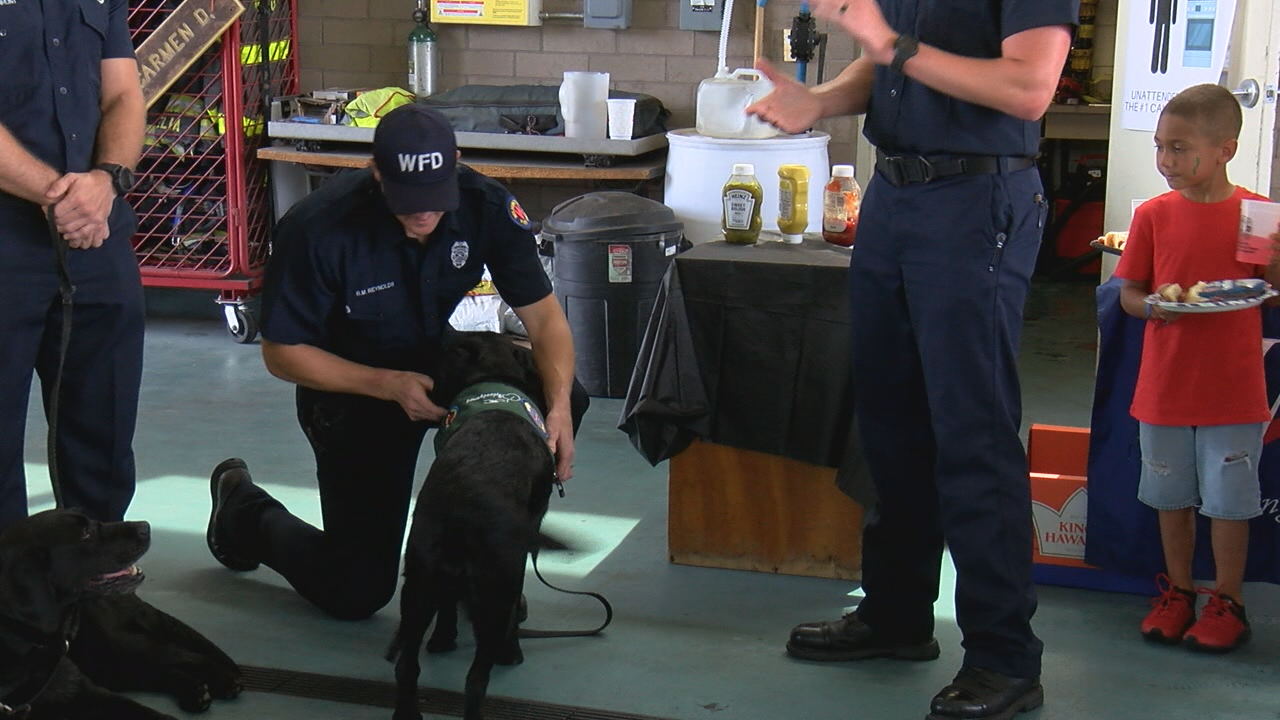 Heart is the second dog the service is deploying to provide firefighters with a way to relax after a call, ease tensions at the station, reduce anxiety and even improve heart health. They will also be used at emergency scenes to help calm those affected by trauma.

Heart received a vest to formalize his addition to the team.

Kyria Whisenhunt, executive director of Paws 4 People, the company that brought Heart to the station, tells us why Heart will benefit firefighters.

“The biggest impact we’ve seen is that the first responders themselves who are on duty with the facility’s dogs can experience a lot of decompression, immediate stress release.”

Firefighter Joshua Baltz tells us firsthand about the impact he sees with his team through dogs like Heart.

“These dogs are trained to distract you from the stress you’re dealing with and bring you back to a more real state of affairs.”

Olivia, Heart’s owner, says she’s so happy that her dog that she’s had for most of her life can play such a special role as this.

It was also an open house event that allowed families to bring their children to come see the trucks and other equipment at the station, as well as orient themselves with their local first responders.