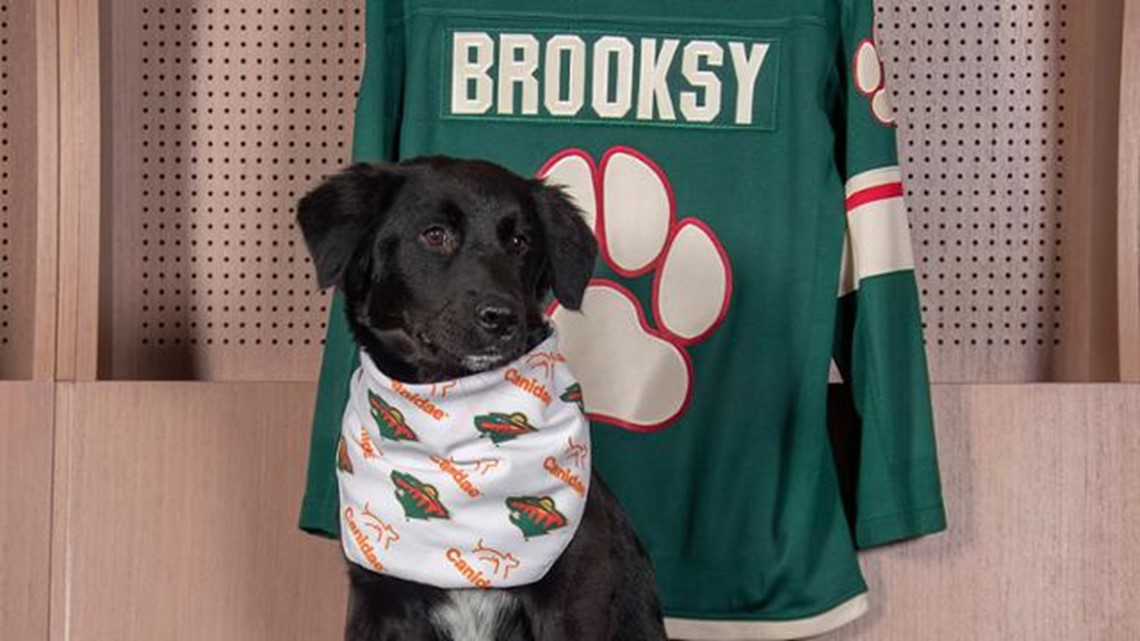 The 5-month-old rescue mix is ​​joining the NHL club through its Adopt-A Dog program and will be trained to become a future service dog.

ST PAUL, Minnesota — There’s a new kid on the Minnesota Wild roster, a youngster destined to make a bigger impact off the ice than on.

His name is Brooksy, and he’ll never hold a stick or put on a pair of skates, but he’s likely to be the most popular character in the locker room.

Brooksy is the Wild’s newest team dog, a 5-month-old Labrador retriever mix who will spend approximately the next year with the team while training to be a future service dog as part of the ongoing partnership. of the club with Soldier 6. He will eventually be paired with an honorably discharged veteran, police officer, or firefighter struggling with post-traumatic stress disorder (PTSD) and in need of what Soldier 6 calls a “combat mate.” “.

If you need us, we hug our new @mnwildpup 🤗

Like his predecessors, Brooksy will spend time in the Wild’s front office, in the locker room and greeting fans at home games. In the evening, he will return home with the Minnesota Wild’s Director of Community Relations and Hockey Partnerships, Wayne Petersen, and his wife.

“My family and I are thrilled to be part of the roster this year,” Petersen said. “To see the impact these dogs have had on not only our fans and employees during their time with the Wild, but their time at Soldier’s 6 and their Battle Buddy families has been the most rewarding for all of us.

Watch the latest sports videos – from high school hockey to the Minnesota Vikings and everything in between – in our YouTube Playlist:

2022-06-29
Previous Post: The future of firefighting in the canton of Monclova
Next Post: Requests for firefighter funding must be considered, says mayor