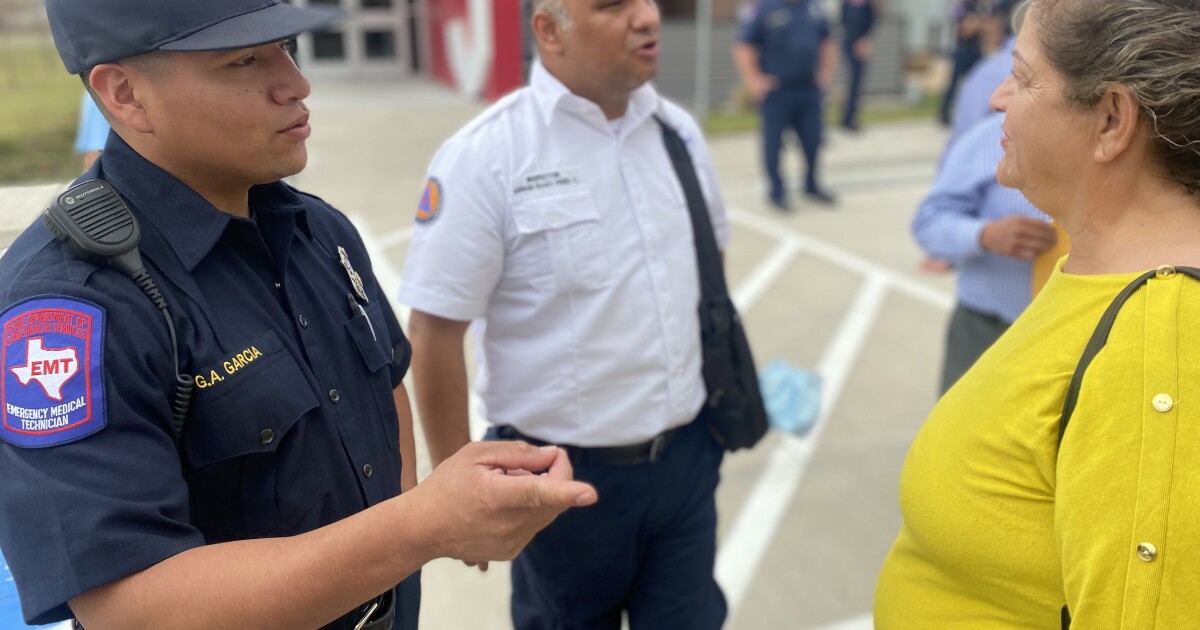 WACO, TX – On a mission to improve their firefighting capabilities, firefighters and city council members from Zacatecas, Mexico were greeted by the Waco Fire Department with a tour of the fire hall n Â° 5 Thursday.

This was the first meeting between the two fire departments from separate countries, intended to establish a line of communication and lay the groundwork for the possible development of a sharing relationship in the future.

During Thursday’s meeting, Zecateca firefighters and two city council members were treated to a tour of the fire hall by Waco firefighters, which included a demonstration of several equipment they use to respond to emergencies. . After the visit, the meeting culminated with the presentation of a plaque and gift basket by the Zacatecas firefighters to the Waco Fire Department.

The president of the Hispanic Museum in Waco, Louis Garcia, helped break down the language barrier between the two departments.

â€œWe have the manager and then the fire chief of Zecatecas,â€ Garcia said. â€œThey came here not only to ask for donations, but also to see what kind of equipment they don’t have here. Most of the equipment they have is given to them. And so they hope to open them up. lines of communication with Waco to try to get them material. “

Translating for firefighters from both departments, Garcia made the exchange of information more accessible. He explained how the opportunity for Zecateca firefighters to learn about the equipment they lack in their home and see how it is used would impact other fire departments in the area.

â€œThey have five municipalities around their city and these are the guys we relied on for information,â€ Garcia said. “Not only for getting help and because they have the most equipment in the area. But they also depend on them for training and any education in firefighting.”

During Thursday’s meeting, there were times when the presence of any language barriers seemed to diminish altogether. The way the Waco firefighters communicated with the Zecateca firefighters, demonstrating the equipment to them, gave you the wrong impression, everyone was bilingual.

“There is a camaraderie among firefighters around the world,” said Patrick Veselka, acting deputy chief of emergency operations for the Waco Fire Department. â€œAll the tasks and actions that we take in our job, no matter where you are in the world, are similar in firefighters. “

It’s work. Leading up to Christmas and the winter season is also looming a time when fire departments in Mexico and the United States typically see a peak in household fires.

â€œThe Christmas period and the holiday season are the busiest time of year for firefighters wherever you are,â€ said Veselka.

Always bracing for the unexpected, Thursday’s reunion was a rewarding experience for the two fire departments as they exchanged nameplates and posed for a group photo.

â€œWe felt a sense of gratitude and appreciation,â€ said Veselka. “It was humiliating that they contacted us.”

It was also a reminder.

â€œWe are fortunate to live where we live and to have the city that fully supports us,â€ said Veselka.

A reminder of how lucky we are to live where we live. In a world where there are firefighters, like the ones at the Waco Fire Station on Thursday.

â€œThere are just no words to describe today,â€ Garcia said. â€œTo have the doors open like the Waco Summers Fire Chief did and just come and help us. family.”

2021-12-18
Previous Post: Massive amounts of fire fighting foam were released into the Fort Drum aircraft hangar
Next Post: The jewelry store closes on December 24, but the memory of the murders remains … “It was the saddest day of my life” – KLAS