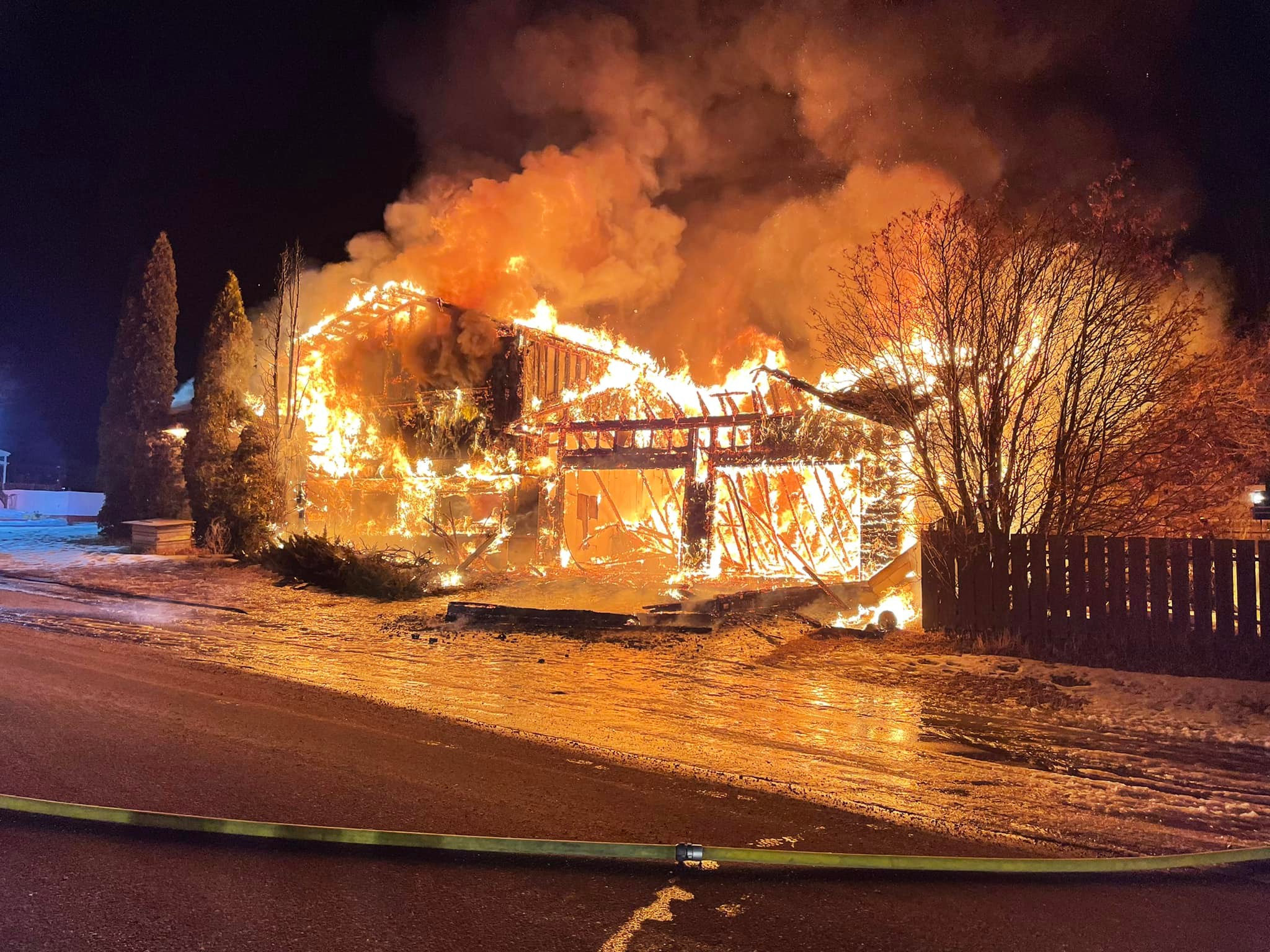 UPDATE: Kindersley Fire Department is dealing with the blaze on Tuesday morning

With files from Cooper Douglas

According to their Facebook page, the Kindersley Fire Department was dispatched at 5.11am this morning to deal with a structure fire on 2nd Ave West in Kindersley, and unfortunately the house could not be saved.

A number of emergency services were on the scene as well as SaskPower to cut the power, but according to eyewitness accounts the house was a total loss and there was damage to at least one neighboring property.

The situation is now under control and West Central Online spoke to Kindersley Fire Chief Jeff Soveran after the fire was extinguished. Soveran and someone with the house say the house was unoccupied at the time and had been abandoned for about a year. Neighbors have apparently noticed movement of the house over the past year, but initial investigations show no false play involved, rather a sudden event in the house causing the fire. No vehicles or equipment were present in the garage at the time of the fire, although some miscellaneous items may have been.

West Central Online also contacted the owners of the property and got a response from Caitlyn McCorriston. They live in the house next to the one that burned and she confirmed their home suffered minor damage, but everyone, including pets and family, was evacuated without incident.

“We live next door, luckily someone woke up because he could hear knocking as if someone was knocking on the side of the house, so he got up and when he went to look out the back door, smoke was billowing from the roof of the garage, so he woke us up and ran forward and could see the front of the house was engulfed in flames.”

McCorriston went on to praise the Kindersley Fire Department for their response time as the vacant house fire posed a threat to the house they lived in.

“It was like a sound of relief when we heard them coming, I can’t believe how fast they were. Our house suffered minor damage but considering the outcome we are so happy we are safe and that our animals are safe.” . We are so lucky to have the resources at our disposal, we really don’t realize it until something like this happens and we need it.

The fine weather this morning helped the Kindersley Fire Service fight the blaze without complications, and they are beginning their initial investigation into the events this morning.