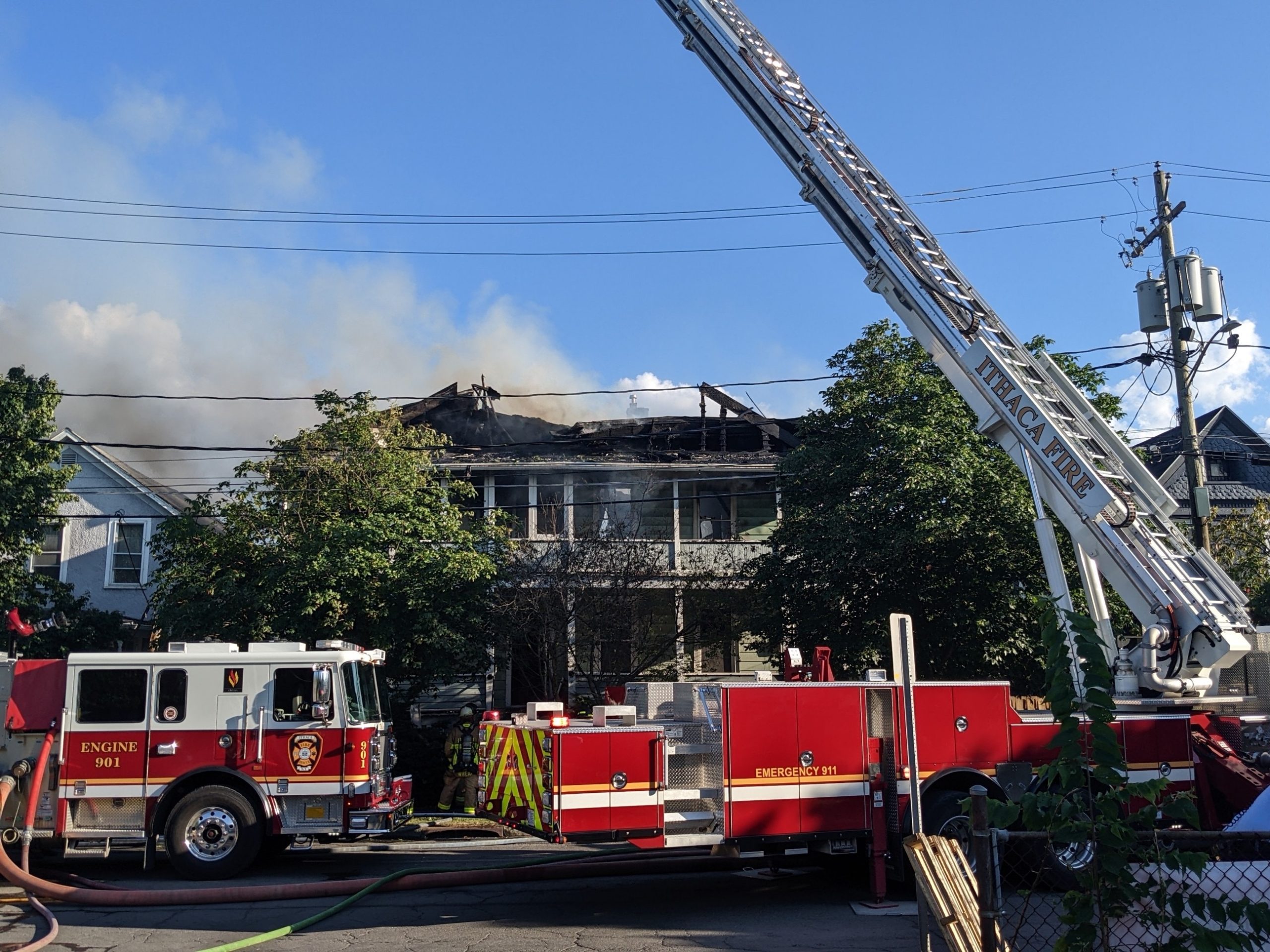 IFD spokesman Jim Wheal said firefighters responded around 6:20 p.m. Thursday to a home in the 600 block of West Buffalo Street, finding a duplex home with heavy fire. Additional personnel were called in to bring the fire under control.

In a press release, Wheal said firefighters “tried to put out the fire from inside but were pushed out of the building by the conditions.” It then took more than three hours to completely extinguish the fire, but it did not spread to any other houses in the neighborhood.

“The heat of the day made the job difficult and more dangerous, but no illness or injury occurred,” Wheal wrote.

Wheal thanked Bangs Ambulance for their help, providing emergency medical care and ice packs to firefighters. The cause of the fire is under investigation.

Ithaca Police assisted with traffic, while the Cayuga Heights, Newfield and Lansing Fire Departments all responded to additional calls.

Original story: The Ithaca Fire Department is currently battling a fire in the 600 block of West Buffalo Street.

Firefighters responded around 6 p.m. Thursday to a fire in the 600 block, near the intersection of West Buffalo Street and North Meadow Street. The building is currently believed to be vacant at the time of the fire, but it is still an active fire as of 8:15 p.m.

The fire sent a plume of smoke through the western and southern parts of Ithaca at least.

A cause is not yet known, and a determination on the salvageability of the house will need to be made once the fire is out.

A Tompkins County SIREN alert has been issued to avoid the area as firefighters and first responders, including the Ithaca Police Department, are still at the scene.