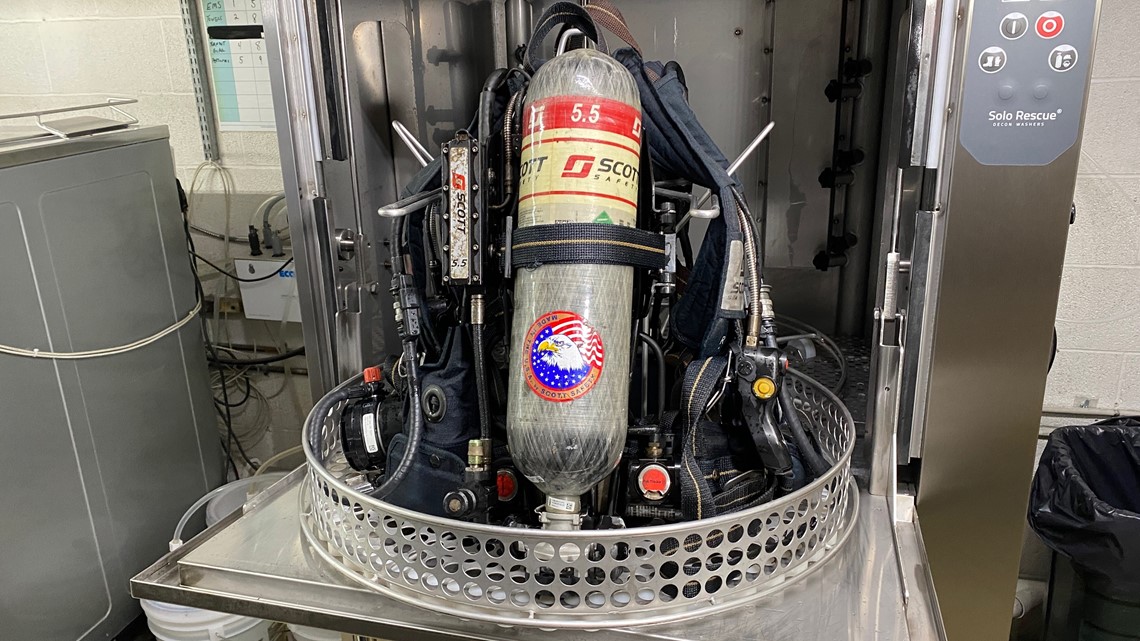 TIFFIN, Ohio — Keeping firefighters safe is hard and dangerous work, and cancer is always a threat when it comes to smoke and burning chemicals.

“Since 2002, reports have shown that two-thirds of all firefighter deaths are due to cancer-related illness,” said Rob Chappell, Tiffin Fire and Rescue Chief.

To combat this, the City of Tiffin became one of the first fire departments in the area to offer new equipment to keep firefighters safe.

There is new equipment inside Tiffin’s Fire Station 2. This is not a new truck, ambulance or even new turnout equipment.

Designed in Sweden using similar mechanics of an industrial dishwashing machine, the PPE Washer uses high water temperatures, pressurized nozzles and specialist detergents to rid SCBAs, helmets, gloves and firefighter masks not only from everyday dirt. and grime, but also carcinogenic particles picked up during firefighting.

“Before, we had to use scrub brushes and scrub everything by hand, which just re-exposed everyone to these dangerous elements, just using Simple Green or another detergent,” Chappell said.

Tiffin is only the second community in Ohio to install one of these PPE washers. The city bought the machine for $25,000 with funds from the American Rescue Plan Act.

And after seeing it in action, Tiffin Mayor Aaron Montz is surprised there aren’t more of these pucks in every fire department across the state.

“There was absolutely no second thought,” he said. “The fact that we can significantly reduce the risk of our firefighters getting cancer in their careers or later in life is an opportunity you just won’t say no to.”

The town of Tiffin only has two fire stations in town, so the department plans to share this washer between the two locations.

Mayor Montz says the city also plans to use more of that federal funding to purchase a new ambulance for the department at some point.