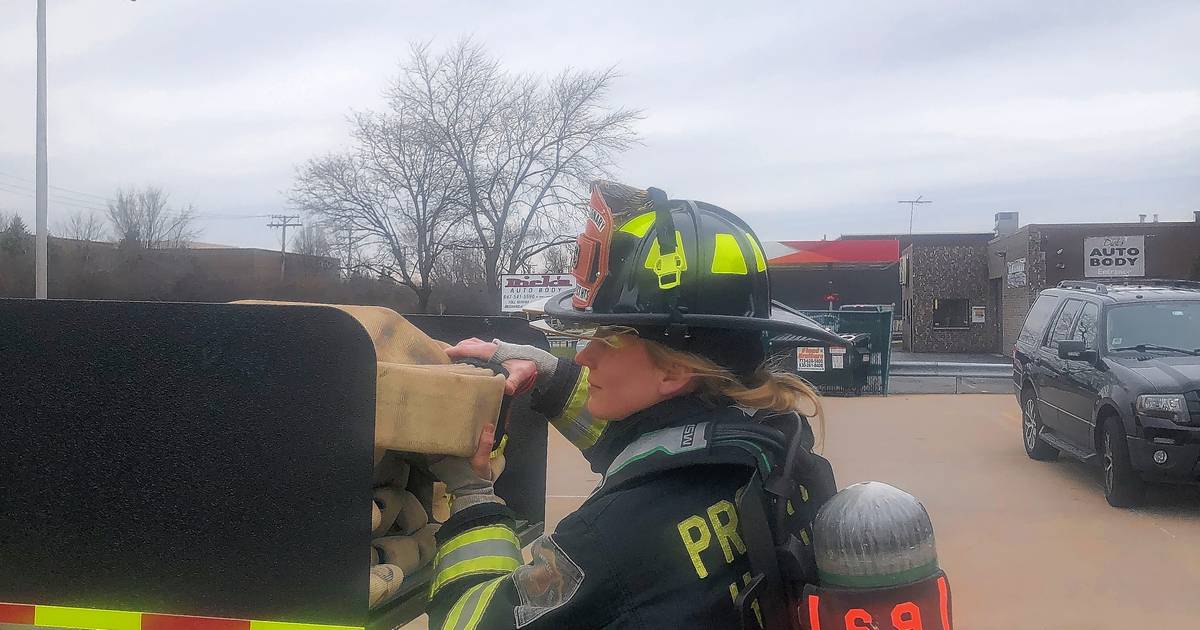 This new Prospect Heights firefighter is a team player

While the district has had other women in part-time positions, Kieres is the first to be hired into a full-time position.

Since the arrival of Kieres, it has started off with a bang. Last year, the Prospect Heights Fire Protection District responded to 2,415 calls for help, more than any year in its history. As a result, since November, the district has hired four new full-time firefighters/paramedics.

“The hiring process is competitive,” says Fire Chief Drew Smith. “During her interviews, Vanessa was able to communicate her value and commitment to service, things that we deeply appreciate.”

Kieres also stood out for her fitness and her background as a team player and athlete. She grew up playing basketball at Edison Park before attending Regina Dominican High School in Wilmette.

As a Panther, Kieres was an all-conference selection and an all-state honorable mention, setting the school record for runs scored with 34 in a game. She would go on to play basketball for four years at William Penn University in Oscaloosa, Iowa, majoring in exercise science.

“I love helping people and I’ve always been interested in being part of the community,” says Kieres. “I’ve played basketball all my life and enjoyed being part of a team. As a firefighter/paramedic, you have the ability to work as a team, maintain your physical fitness and expand your knowledge Every day is different and you have the opportunity to learn new things every day.”

Smith adds that with the hiring of Kieres, the district is fulfilling its commitment to be inclusive.

“We’ve reinforced our commitment to providing opportunities for everyone,” Smith said, “especially those in underrepresented groups.”

Kieres graduated from the Fire Academy, sponsored by the Northeastern Illinois Public Safety Academy, in March 2020, where she passed Basic Operations Firefighter certification. She spent her first two years as a firefighter/paramedic in LaGrange before coming to Prospect Heights.

| “I really like the close-knit team aspect of the Prospect Heights department, where everyone takes care of each other, whether it’s a patient, resident or co-worker” , she says. “Everyone shares a common goal for getting the job done.”

Kieres joins a department that serves approximately 16,700 residents of the City of Prospect Heights and adjacent unincorporated areas of Cook County.

Formed in 1944 – before the city was incorporated in 1976 – the Prospect Heights Fire Protection District was originally a volunteer fire department until it began using part-time employees in the late 1980s.

The paid workforce has expanded over the past 30 years to include full-time firefighters/paramedics, beginning in 2005. The current force has 17 full-time and 13 part-time members.