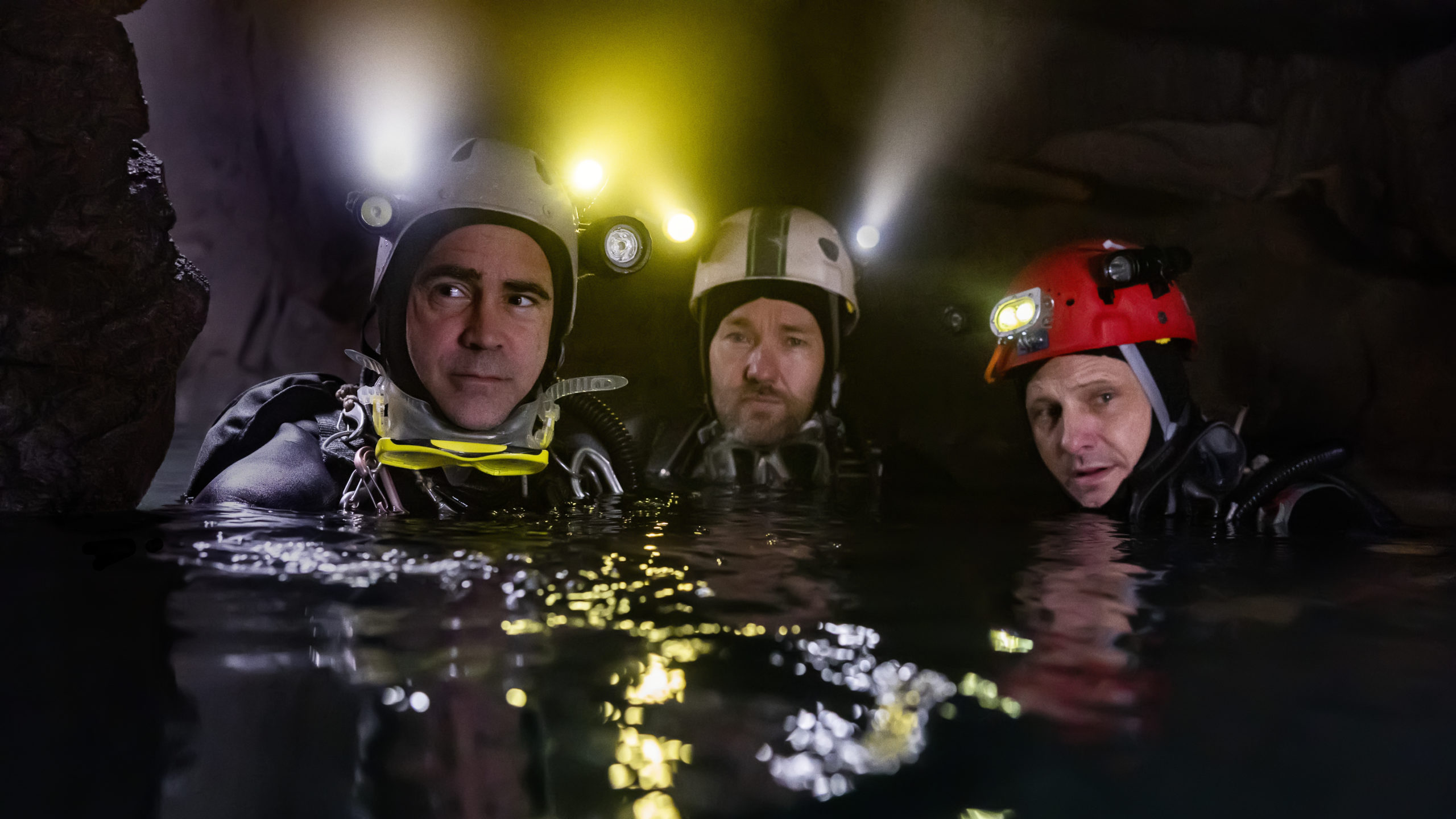 Thirteen Lives: A team of divers achieve the impossible in this tense drama

In June 2018, 12 members of a Thai football team and their assistant coach decided to explore the local Tham Luang caves ahead of a birthday party. An hour later, the parents at the party started wondering where their kids were.

Unusually heavy rain had caused flooding in the caves, trapping the team 2 kilometers inside the mountain. As the monsoon season is fast approaching and the water level is rising rapidly, the Thai government has asked for help.

What they got, however, was a miracle in the form of divers Rick Stanton (Viggo Mortensen: Future Crimes) and John Volanthen (Colin Farrell: The Batman).

On paper, the duo doesn’t seem so miraculous: Rick is a retired firefighter and John is an IT consultant. But it’s what they do for fun that makes them unique. They are part of a very small international community specializing in underwater rescues. For fun, they sneak into barely passable caves, either to save people or to recover bodies.

Rick and John are used to claustrophobic scuba diving but the environment at Tham Luang is different. The small caves have incredibly fast currents and unstable walls. Rockfall and muddy water make crossing even a few meters incredibly dangerous.

Rick and John are determined. They are working with Thai Navy SEALS and the local government to get through the cave system. Above them, teams of engineers and volunteers are busy diverting the water that rushes into the cave. Around them, desperate parents watch, hoping to see their boys again.

Will the team find the boys? And worse, if they find them, how the hell are they going to get them out?

Based on the true story of the incredible rescue operation to rescue children trapped in a rapidly filling cave, Thirteen Lives is a tense drama about humanity’s perseverance in the face of overwhelming odds. Director Ron Howard (Hillbilly Elegy) is no stranger to the disaster rescue genre. One of his best films, Apollo 13, is an excellent example. He’s in fine form here too, providing an accurate look at the lengths it took to save the football team. Although the film is two and a half hours long, most of the time flies by as the film raises the tension and the stakes with nearly every scene.

Part of the film’s brilliance is the cinematography of Sayombhu Mukdeeprom (Beckett), which captures exactly how stuffy the cave system is. We watch as divers have to pull their oxygen tanks off their backs and push them through tight tunnels, groping blindly around stalactites as they fight the currents. I found myself biting my fingernails instead of popcorn as divers squeezed through openings barely big enough to hold them.

Howard breaks up the tension with great character work from Mortensen and Farrell. Although Rick and John appear to be all business, they know the chances of finding the boys alive, let alone saving them, are slim. Every time they are given a little hope, it almost makes their job harder, as the overwhelming awareness that they might fail grows. The actors do a terrific job of juggling the kind of daredevil persona needed for such a tough dive and the emotional toll of being an underwater rescue diver.

The movie is a bit light on the Thai side of things though. The rescue operation that took place to save the football team was huge, with volunteers from all over the world coming to help. Howard’s film focuses primarily on the divers and the football team, depending on the drama (and length), but skimps on the exact amount the Thai government and its people sacrificed to attempt this amazing rescue. If you’re looking for more insight into this incredible story, consider checking out the impeccable documentary The rescue (available on Disney+), which fills in some of the film’s shortcomings.

A captivating film that will certainly make you reconsider scuba diving on your next vacation, Thirteen Lives is ultimately an uplifting film about what the world can achieve if we work together. It’s a big message and we could all probably heed it.

Thirteen Lives is on Amazon Prime.