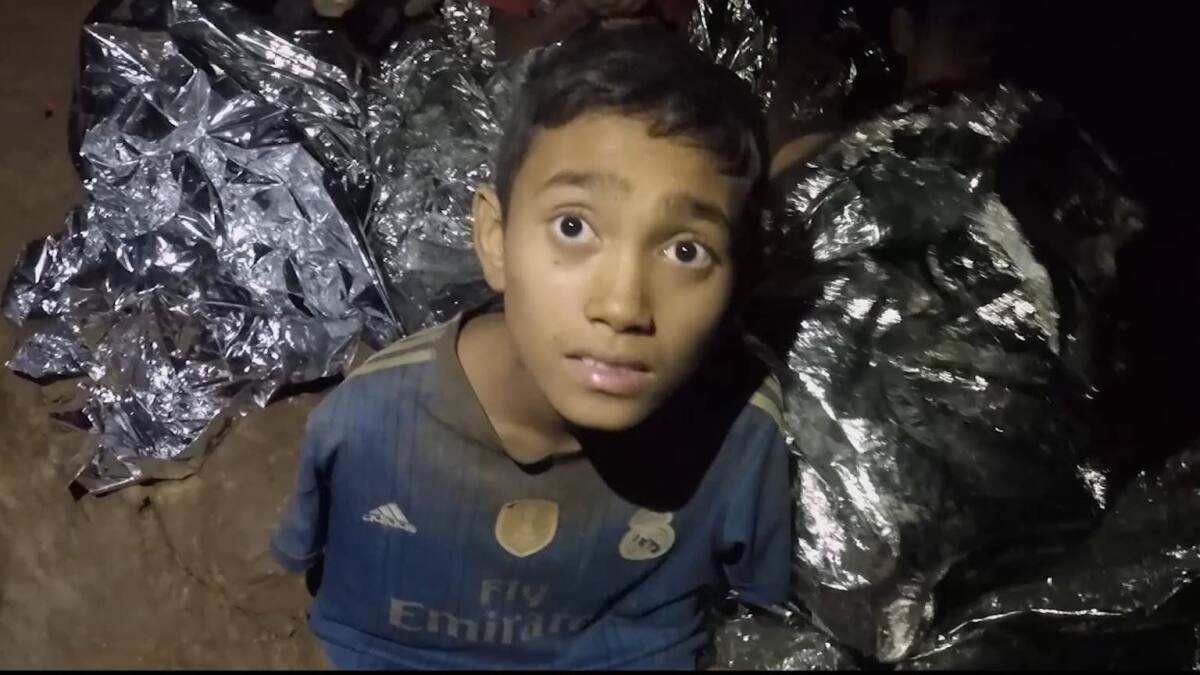 “The Rescue” tells the story of a trapped Thai football team

“The Rescue” takes us deep into the massive cave system beneath the Doi Nang Non mountain range. The location is known to most as the site where a youth football team and their coach were trapped for over two weeks, resulting in jaw-dropping media coverage around the world. If you think it will be a less excruciating watch because you remember the outcome of the rescue, you are wrong.

The documentary dives straight into the chaos of Thailand’s Chiang Rai province in 2018. As soon as the boys are trapped, a massive military operation begins. Although they manage to divert tons of water that would have left the boys dead within hours, the soldiers are less adept at the intricacies of cave diving. The Thai Navy SEALS are brave and willing to walk two to three kilometers in the cold darkness of the cave, but they lack the training to do so safely.

Enter two British cave divers: retired firefighter Rick Stanton, so dedicated to his job that he only dives with his own homemade equipment, and his partner, John Volanthen, a computer scientist by day. They are flown to the scene and thrown into the pressure cooker on day 5 of the operation. They don’t even have separate beds in a packed hotel next door. John clarifies: “We slept upstairs and downstairs.”

The background scenes about the divers include plenty of absolutely claustrophobic footage, often even unrelated to this rescue, but just highlights of what the divers are doing “for fun”. For a man, all cavers see themselves as misfits, “the cricket team’s last choice”, etc. These divers tap into an innate calm in the tightest of places, an ability often acquired through their harsh life experiences. As such, they are more like deep space explorers than casual hobbyists.

Rick and John spend two and a half hours in total darkness in a tight, twisting “swim” that goes at the speed of a crawl to finally reach the small outcrop above the water where the boys are stranded. The path is shown through a clever mix of reconstructions and real sequences of the rescue. After preparing to stumble upon dead bodies along the way, when Rick and John see the boys after exhausting exploration, they immediately urge them, “Believe!” It is the time of the heart in the throat.

The film does a good job of explaining a bit about the lore of the land and the princess deity who watches over this limestone mountain. It is clear that trapped children must have an incredible spiritual and meditation practice to stay calm and positive throughout their experience. There is not a tear, not a trembling lip. When found, they write an incredibly neat note for their rescuers, asking for food and blankets to be brought quickly.

Filmmakers Elizabeth Chai Vasarhelyi and Jimmy Chin (directors of the Oscar-winning “Free Solo” and the arguably superior rock-climbing flick “Meru”) glean absolutely everything from the reports and interviews with the divers.

When they realize they need backup to get all the boys out, Rick and John go to Hollywood and put together “the best team in the world.” As the days progress – we get to day 18 before we’re done – there are some tough choices about how to extract the boys on their long journey home. On the last dive before the final rescue mission, the oxygen levels in the chamber have dropped to 15% and the divers can barely meet the boys’ eyes. “If we don’t dive now, they will all die.”

For all the strengths of the documentary, it’s important to set expectations that it’s mostly about the amazing story of the divers. Why? While this NatGeo production has caught up with the UK subjects, apparently Netflix has the rights to the stories of the members of the trapped football team. So we have to wait to hear their stories. “The Rescue” is another reminder that no matter how strong a project, streamers aren’t in it for the betterment of the arts.

2022-07-07
Previous Post: Letter: Appropriate reminder for councilors who helped dismantle the Baker City Fire Department | Letters to the Editor
Next Post: 21% of crypto investors use loans to pay for their investments, with some using car titles and payday loans