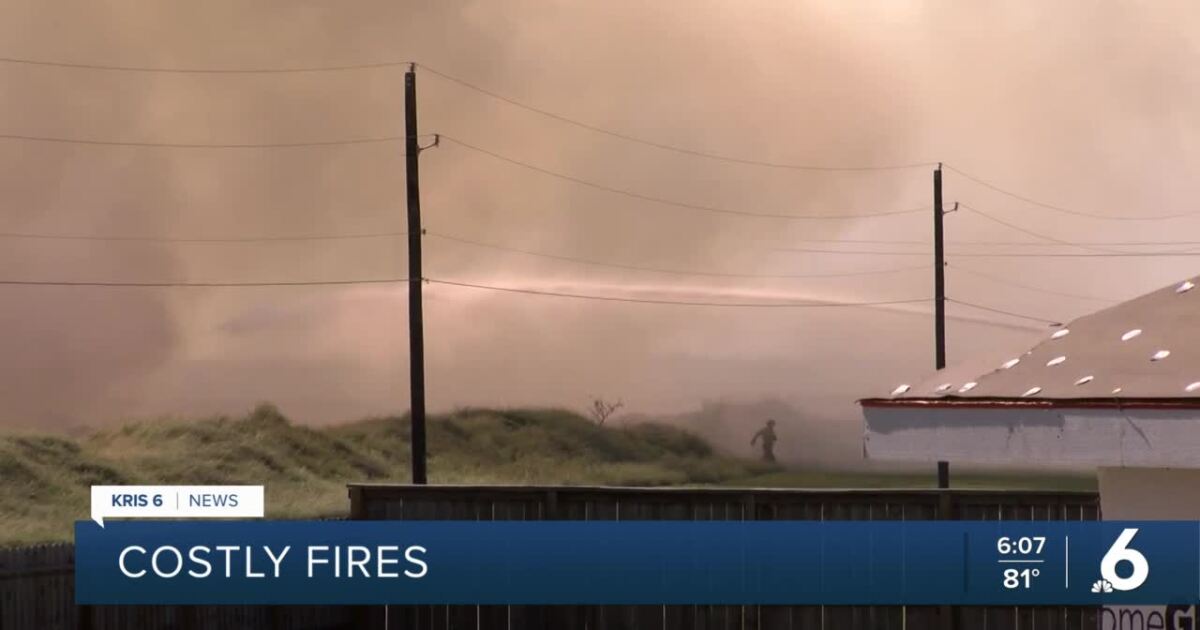 CORPUS CHRISTI – Local volunteer fire departments are working like never before, responding to much larger and more frequent fires. Lt. Gregory Garcia of Beeville VFD has been with the department for five years and said he hasn’t seen a fire season like this.

“Sometimes it’s one to six calls a day,” Lt. Garcia said. “It depends on the day and the trucks that wear out and it’s tough because they’ve never been driven like this.”

Ensuring their trucks and equipment are in good working order is crucial, but it can be very expensive. Sandia VFD Fire Chief Henry Barajas said his department was suffering. Barajas tells KRIS 6 News that they lost two major trucks to brush damage in major fires and a third also needs repairs. The cost of fuel also hurts the department’s bottom line.

“Trying to keep these trucks fueled with diesel also hurts us a lot,” Barajas added.

Chief Barajas said about 30% of the department’s budget is spent on fuel. Nearly 70% of the approximately $120,000 is gone. He said they were already thinking of ways to make money.

“We wanted to give back to them. They fought fires everywhere and worked with other local fire departments, so we decided to pool the donations,” said store manager Katie Colvin.

These donations are already making a difference among fire crews who continue to battle fires ahead of a busy fire season.

“We thank the community that supports us locally,” Lt. Garcia said.