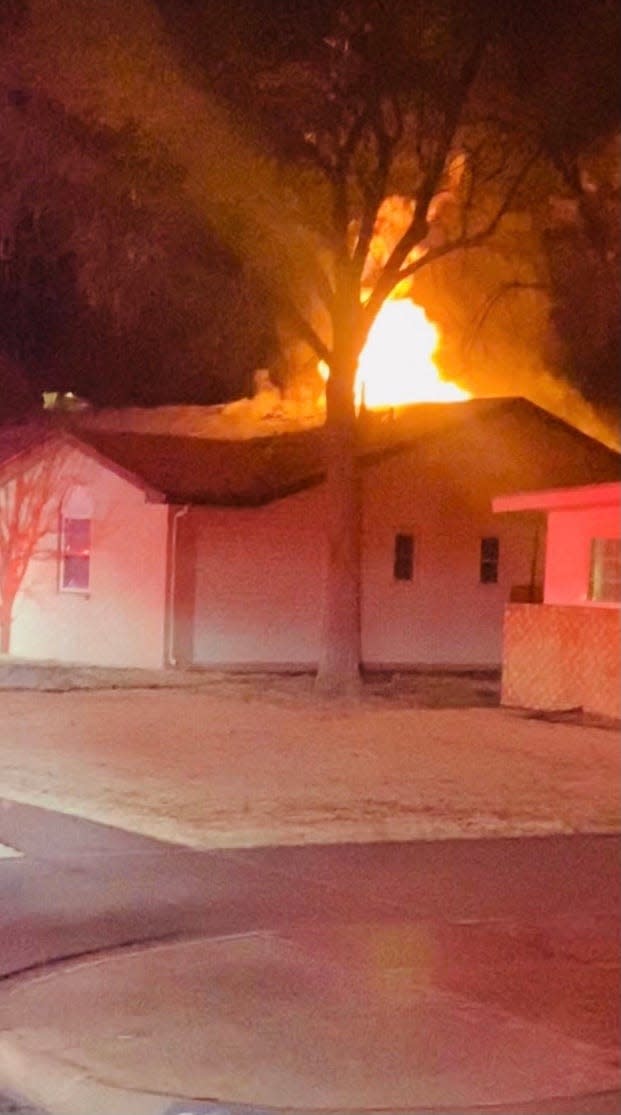 The Amarillo Fire Department released information about a structure fire on Tuesday night in which one person was found dead.

According to a news release, Amarillo fire crews were dispatched at 1:51 a.m. to report a fire in the 3400 block of Hancock Street. Upon arrival at 1:55 a.m., units found heavy fire coming from the roof and throughout the main saloon. Firefighters entered through the front door, where they immediately found a victim.

Firefighters moved the occupant outside to the waiting AMS Life 10 ambulance crew and then re-entered the structure to fight the fire from inside the main hallway. Due to increasing fire conditions in the attic and the rolling fire above them, firefighters were forced out the front door.

After punching a hole in the garage door, the teams moved the attack into the garage. Firefighters then placed an extension ladder on the roof to access a skylight and extinguish the fire in the attic. The fire was deemed under control at 2:38 a.m. Six units and 18 firefighters responded.

The victim, an 84-year-old woman, was pronounced dead at the scene. His identity has not yet been revealed.

The fire marshal‘s office has ruled the cause of the fire “undetermined”. Estimated damage was not available.