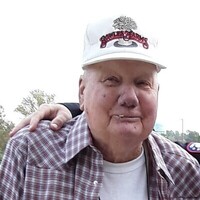 The officers and members of the Seventh District Volunteer Fire Department send their deepest condolences to the family of Eddie Kennett.

Eddie served the department for 27 years beginning in 1949 with many of those years as an engineer. He was a founding member of the Seventh District Volunteer Rescue Squad.

Service details can be found below.

Eddie was born in Washington, DC on September 18, 1929, to the late John Kennett and Catherine Bailey Kennett. As a youngster, Eddie would get on his bike (after his parents went to work) and cycle from SWDC to his grandparents’ farm in Avenue, MD! Think about it for a moment – a kid on a single speed bike with a pedal brake rolling down Branch Avenue/Route 5 and other back roads that were just a little better than passable then and about 60 miles in every sense! After Eddie took this bike trip several times, his parents decided to let him move to the family farm where he remained for most of his life.

At some point in his teenage years, Eddie moved back to live with his parents in DC. Rather than often getting into trouble on the streets, his father (affectionately nicknamed “DoDo” by family and friends) signed Dad up to Gold Gloves. Boxing. DoDo even became his boxing trainer! Shortly after becoming Golden Gloves boxing champion, Eddie received a draft notice for military service. Not knowing which branch of the service to enlist, he asked his girlfriend (whom he met at a dance one night at Pennie’s Bar) which branch of the service he should go to. His older brother was a USN veteran.

His “girlfriend” (who became his wife) told Dad that the Marine Corps had the best uniforms! And with that, Eddie enlisted in the USMC in 1950. While at a boot camp in Parris Island, SC the Marines discovered he had been a Gold Gloves boxing champion. So, with this knowledge, Eddie was selected for the USMC Special Forces Boxing Team. For about a year after enlisting from a transfer to Cherry Point, North Carolina, where he earned the title of one of the “Fighting Flyers of Cherry Point,” Eddie traveled across the United States- United to box and promote the Corps. In 1952, Eddie became the USN/USMC All-Boxing Champion in the 165-pound weight class! With this championship, he was able to participate in the US Olympic team boxing trials in Kansas City, Missouri. He beat every competitor in his weight class, earning him the right to go to the 1952 Olympics in Helsinki, Finland!

Unfortunately, when the boxers returned to Annapolis, the boxing coach selected all of the Navy fighters to go to the Olympics. The Army had other plans for Eddie as a Marine. He was ordered to report for duty aboard the USS Bennington – an aircraft carrier, for deployment to Korea. While approaching the carriers in Cuba, the ship encountered mechanical problems which resulted in another carrier being sent to Cuba to replace the Bennington. Eventually, Eddie returned to Cherry Point, North Carolina, where he became a plane captain, completing his enlistment as Sergeant Buck later in 1952, receiving an honorable discharge. Eddie was asked to become a professional boxer – an offer he declined as he had been scorned for the Olympics. On October 4, 1952, Eddie married Genevieve “Teeny” Delahay at St. Dominic’s Catholic Church in SWDC. Together they had two sons. Eddie and Teeny celebrated 66 years of marriage before he passed away in 2019.

After Eddie returned from military service, Eddie and Teeny moved to the family farm in Avenue where they spent the rest of their lives. Eddie survived open heart surgery and many subsequent cardiac procedures over the years. To Eddie and Teeny’s credit, the family farm, known as Bluestone Farm, received an MD Century Farm award for farms owned by the same family for at least 100 years. The farm is also in the MD. Land Preservation Program which means the farm will remain a farm for years to come.

Eddie became a successful farmer, part-time bricklayer/labourer for Pierce & Gibson, and part-time truck driver for Cap’t. Sam’s trucking. In 1949, Eddie joined the Seventh District Vol. Fire Dept. as one of their first members and was an engineer for them for over 25 years. In 1960 Eddie became a founding member of the new Seventh District Vol. Rescue team. He became a life member of the team after serving over 20 years as a driver/engineer and top responder. Over his 54 years of volunteer service, Eddie has received countless awards for his service, including Team Member of the Year and fielded the most calls year after year. Eddie was inducted into the Southern Maryland Vol. Firefighters Association Hall of Fame in 1999. He was also inducted into the Washington, DC Boxing Hall of Fame for his outstanding career as a Gold Gloves & USN/USMC Boxing Champion. For many years, Eddie held the record for the fastest knockout in an amateur fight – 9 seconds! Famous Washington D.C. venues where Eddie competed in boxing included Griffith Stadium (home of the original Washington Senators) and ULine Arena.

On Eddie’s 92nd birthday, the Rescue Squad family held a mini parade to Eddie’s house, complete with cake and ice cream! He was touched by this beautiful gesture.

He is survived by his beloved son George D. Kennett (Mary) of Avenue, MD; his grandchildren: Kristina Johnson (Benny) of Hollywood, MD, George “Robbie” Kennett of Hollywood, MD, Steven Edward Kennett of Avenue, MD, and Hayleigh Kennett (Thomas-boyfriend) of Mechanicsville, MD; his step-granddaughter, Katie Hunt (Johnny) of Leonardtown, MD; his great-grandchildren: Evan, Jenna and Bryce Johnson and Emery Jade his sister-in-law, Judy Delahay of Avenue, MD and many extended relatives and friends. In addition to his parents, he is also predeceased by his beloved wife, Teeny, his son, Robert “Rooster” Kennett and his siblings: John K. Kennett and Patricia Ann Jones. 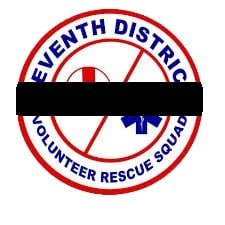 This entry was posted on August 24, 2022 at 11:07am and is filed under All News, County, Fire and Rescue, More News, Obituaries, St. Mary’s News, z 600X120 Top Ad Bottom, z Announcement obituary above. You can follow any responses to this entry through the RSS 2.0 feed.