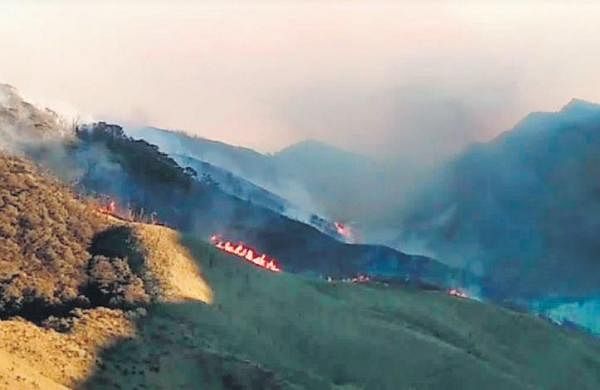 By: Marion R. Alexander
In: Fire fighting
With: 0 Comments

KOHIMA: Seven teams from the National Disaster Response Force (NDRF) have been deployed for a firefighting mission in the Dzuko Valley near Kohima here.

The Indian Air Force (IAF) also deployed three other Bambi Bucket-equipped helicopters for a firefighting mission in the Dzuko Valley.

“Yesterday, the IAF Mi-17 V5 helicopter was deployed on a firefighting mission in the Dzuko Valley near Kohima, Nagaland and a C-130J Hercules plane carried nine tons of cargo. with 48 NDRF staff from Guwahati to Dimapur. The IAF is deploying three more helicopters equipped with Bambi Bucket, “the IAF informed via Twitter.

Speaking to Twitter, Manipur CM N Biren Singh said: “Amit Shah Ji has provided all necessary assistance from the Interior Ministry to contain the situation as soon as possible.”

Singh further said he received a call from the Union Home Secretary on Friday morning to assess and discuss the situation regarding the forest fire in the Dzuko Valley.

The Indian Air Force on Thursday hired a Mi-17V5 helicopter to contain a massive forest fire in the Dzukou Valley, a popular trekking destination on the Manipur-Nagaland border.

A massive forest fire has been reported in the famous Dzukou Valley on the border of Manipur and Nagaland, causing damage to the environment. The chief minister of Manipur had previously informed that the fire had already crossed Mount ESIi, the highest peak in Manipur.