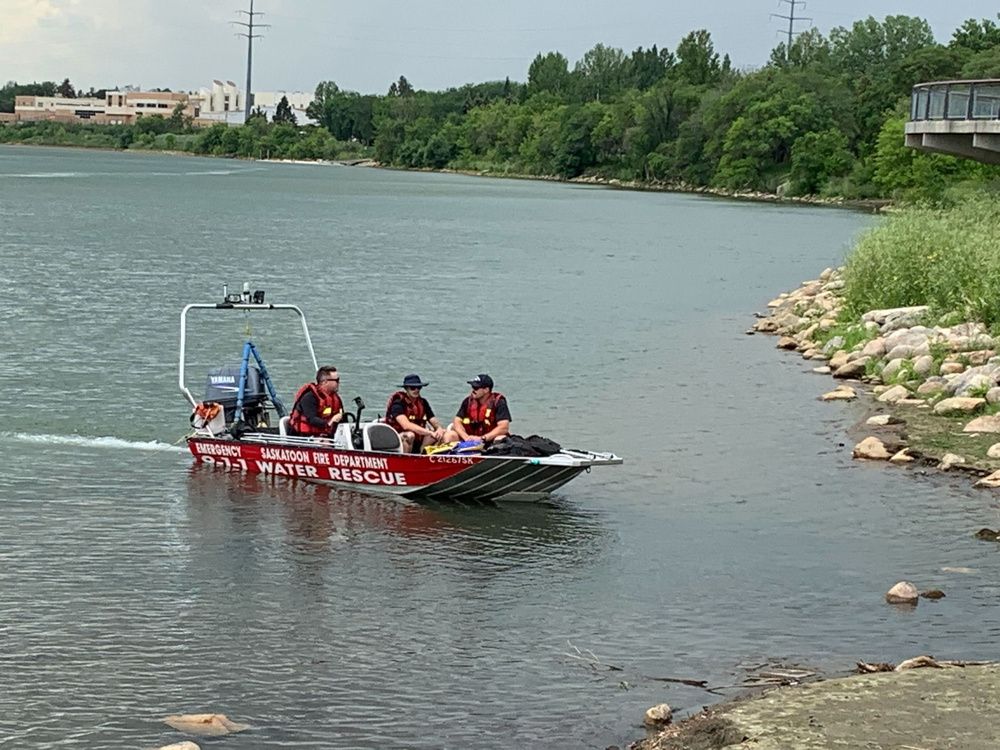 The Saskatoon Fire Department is sharing water safety tips with the public after members performed a few river rescues over the weekend.

After a busy weekend on the water, the Saskatoon Fire Department urges Saskatoon residents to enjoy the South Saskatchewan River safely this summer.

“The river is a great way to keep cool, unfortunately there is a bylaw that prohibits swimming in the river,” Saskatoon Fire Department Deputy Chief Rob Hogan told media gathered at River Landing on Tuesday. afternoon. He asked the public to use common sense.

Hogan told the media that there are many people using canoes and kayaks on the river, which is encouraged, but he asks them to follow requirements to wear life jackets and refrain from drinking. alcohol.

A vessel on the river must have an approved power source, oars, life jackets, a whistle and a disposable flotation device. Hogan said that if you’re not using an approved boat, like a kayak or canoe, you’re unlikely to have all that gear.

Over the weekend, members of the Fire Department’s water rescue team responded to a call after a group partying south of Poplar Bluffs Conservation Area noticed he was missing somebody. The group had traveled to a “party island” – a large inflatable float – on Saturday evening. The Saskatoon Police Department, RCMP and Fire Department responded.

The water search team found the group member missing about 30 minutes after they arrived, according to a previous fire department statement.

On Sunday morning, two more people were rescued from a sandbar near Poplar Bluffs Conservation Area.

Hogan said the fire department has a “robust” rescue team, but responding outside of city limits can be difficult.

“Although we respond and have response agreements with our municipalities, it often takes us a long time to get there,” Hogan said.

He suggests having a charged cell phone and having a personal flotation device.

Hogan estimated the team had deployed between 20 and 30 times so far this year, but not all of them for rescues. They received calls about people approaching the shore and their pets entered the river from nearby dog ​​parks. However, they are seeing an increase in call volumes of 10% compared to the same period last year.

The fire department’s rescue boat, a four-seater, is equipped with various personal flotation devices and equipment to help people get out of the water. Firefighters will respond to river-related calls as far north as the Clarkboro Ferry and as far south as Whitecap Dakota First Nation and the Rural Municipality of Rudy.

The main boat is out of the river for out-of-town calls, with “backup” boats available to fill it, Hogan said.

Anyone who finds themselves in distress in the river is advised to stay calm, keep their head above water, remove heavy or bulky clothing, and move with the current, not fight against it. If you see someone in distress in the water, the fire department advises calling 911 immediately and following recognizable landmarks near where the person in distress was first seen time.

News seems to be flying towards us faster all the time. From COVID-19 updates to politics and crime and everything in between, it can be hard to keep up. With this in mind, the Saskatoon StarPhoenix has created a Afternoon titles newsletter that can be sent to your inbox daily to ensure you are up to date with the most vital news of the day. Click here to subscribe.