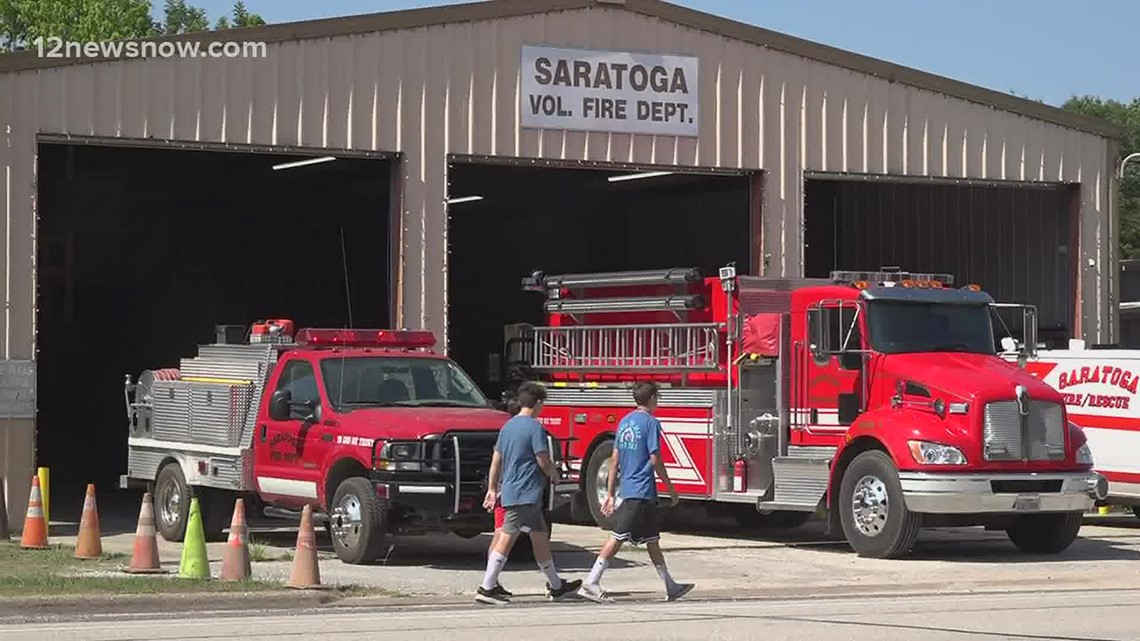 “It’s pretty exhausting for a firefighter to be out in conditions like we have today.”

SARATOGA, Texas — Life as a volunteer firefighter is never easy, and the hot, sticky summer months only make the job harder for a multitude of reasons.

“Here in southeast Texas, the temperatures can be extreme,” said Sam Lewis, a firefighter with the Saratoga Volunteer Fire Department. “I think we’re pushing 91 right now, and it’s just going to get hotter.”

Firefighters need water not only to fight fires and protect the community, but also to stay hydrated when working in the scorching sun and intense heat.

“It’s pretty exhausting for a firefighter to be in conditions like we have today,” Lewis said.

People who are always helping Southeast Texas are asking Southeast Texas for help. The department recently posted on its Facebook page a request for donations of water, Gatorade, Powerade, Propel and other liquids to help crews stay hydrated.

“To just spread the word and spread to our community not only for our department but also for neighboring departments,” Lewis said. “Temperatures and things are rising. It’s getting hotter and hotter, so we’re going through more water every day.”

The heavy equipment that firefighters have to carry only adds to the fight.

“On average, the equipment weighs around 45 pounds, and if you add radio equipment, other technology, it can double that,” Lewis said. “Nearly 80 pounds. Most firefighters say a day on the job is like running a marathon.”

“We use it, but it’s not just for us,” Lewis said. “If we have a casualty or something that just came out of a house, or someone on the side of the road, we use that to help them as well.”

Volunteers will be at the Saratoga Volunteer Fire Station on May 21, 2022 from 7 a.m. to noon for anyone wishing to drop off donations. It is located at 16628 Farm to Market Rd 770 in Saratoga.