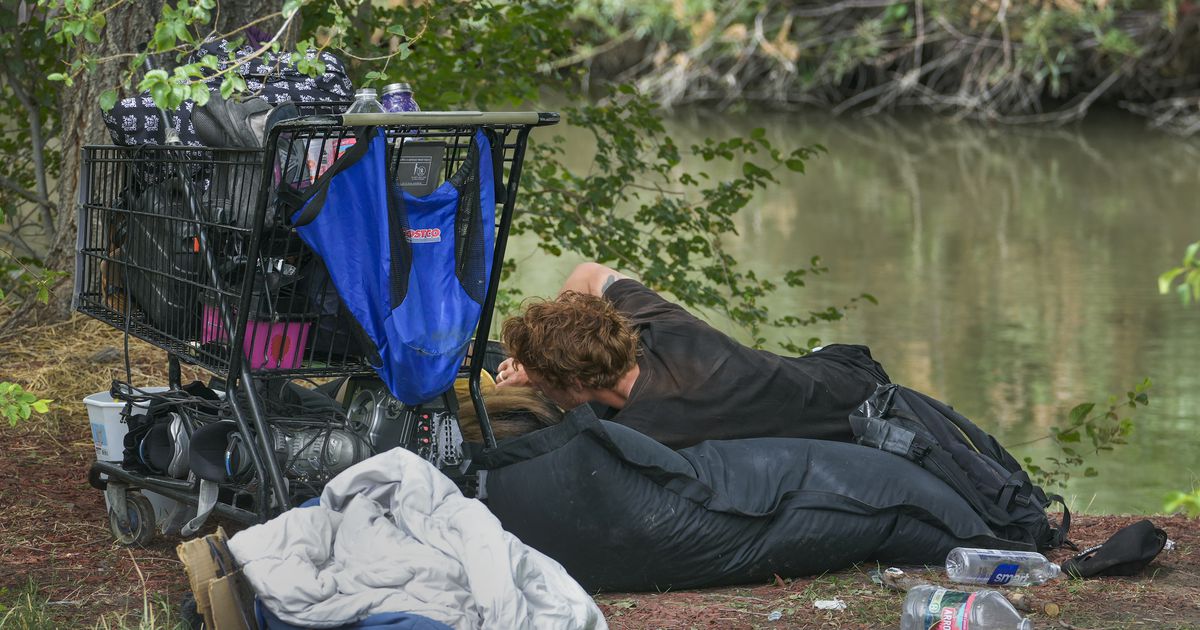 Salt Lake City may have found a way to keep homeless camps from spiraling out of control.

In June, the city launched a Rapid Response Team, an effort to connect homeless Utahns to resources before small encampments swell and require major cleanup efforts.

The team, Mayor Erin Mendenhall said, is part of an initiative under his administration to diversify how the city responds to public health and safety needs.

“It’s not just a policeman or a firefighter,” she said, “who needs to be able to talk to people.”

The program represents a more targeted response to homelessness than the city has traditionally used. Officials hope he’s the one to build relationships with unprotected residents as the city works to get people off the streets.

Now, instead of outreach workers being spread all over town, they focus on providing resources to a handful of smaller camps each week. If team members are not making progress, managers will schedule a site cleanup.

If they make inroads, they will continue to work to connect residents to services.

Program manager Michelle Hoon said the effort is still in its infancy and the city is still learning lessons from the new approach.

Unhoused residents who are contacted by the Rapid Response Team have a number of services they can access, but placement is subject to availability.

In addition to the usual suite of homeless services like addiction treatment and shelters, the city has 10 motel rooms it can offer as a springboard to get people out of tents and into other places. options.

Most people, Hoon said, are receptive to longer-term services, like housing or drug rehabilitation programs.

Where they’ve been less successful, she said, is transitioning people to more short-term options like beds at homeless resource centers.

“If it’s something where they’re not 100 percent sure how long they’ll stay,” Hoon said, “then it’s just harder to get them to accept that resource.”

Hoon said focusing on smaller camps is more efficient because it’s easier to find space for a handful of people when positions open up at service providers.

From the start of the program until the end of August, the rapid response team managed to get 10 people off the streets. Six went to temporary or permanent housing, two entered shelters and two went to drug treatment programs.

Hoon said the team is understaffed and expects commitment levels to increase as more personnel come on board.

The team is made up of five city employees, four of whom are dedicated to clearing the camps, Hoon said. The city contracts with Volunteers of America for four additional outreach workers.

The city insists that this shift in engagement has given officials an opportunity to provide more targeted support to homeless people, with more meaningful interactions and more referrals to services.

Not everyone is sold on its effectiveness.

“The only problem with this approach is that there is no room in the shelters,” said Shawn Clay, Salt Lake City mission director. “There is no place in a mental health facility.”

He wondered how the city would be able to establish a relationship with people who constantly face the threat of being displaced.

When there is no housing available and there is a shortage of shelter beds, said Jeff Rose, assistant professor at the University of Utah, the rapid response team cannot not provide much.

However, he said, the team still has value.

“They have a goal. … I’m not incredibly cynical about it,” he said. “That purpose is, honestly, to let people involved in the encampments know that someone cares.”

Andrew Johnston, the city’s director of homelessness policy and outreach, said the relationships the response team is building now will pay off when it comes time to help people get into the winter overflow shelter and ultimately getting more permanent housing as it comes online.

This month, the Utah Homelessness Council voted to allocate nearly $55 million to affordable and deeply affordable projects across the state.

Salt Lake City also announced a housing investment this month with a $6 million grant to fund projects that would help keep residents a roof over their heads when spring rolls around and overflow beds in winter are closing.

Supportive housing, Johnston said, is the ultimate solution. Without it, he said, interventions are not as effective because homeless residents have nowhere to go.

“We can ask people not to camp, but if they don’t have a legitimate place to go,” Johnston said, “it’s just hanging out, whether it’s in a motel room or not, on a temporary basis.”