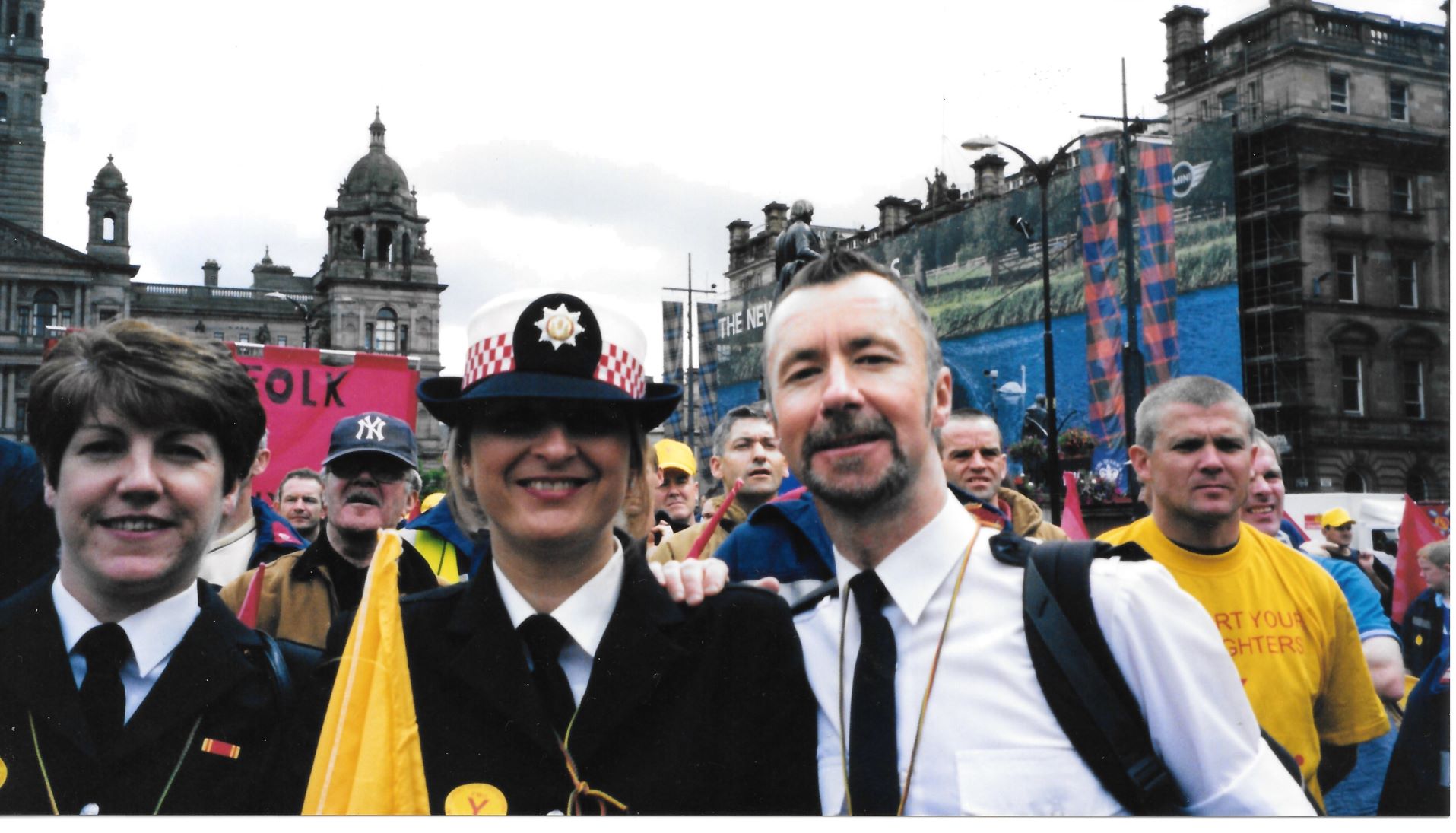 When Roddy McAllister started working in the fire, 45 years ago, Glasgow still had the unenviable reputation of Europe’s â€œTinderbox Cityâ€; in the 1960s, fires were frequent and some shockingly devastating – with unseen death tolls outside of wartime bombing.

In late fall, days after Roddy’s retirement, Glasgow was in the spotlight as world leaders gathered to save the planet from the ravages of global warming. This was the momentous task that COP26 was under pressure to accomplish. While some progress has been made, commentators agree that there is still a very long way to go – and further delays may well mean too little too late.

AMONG THE LONGEST SERVINGS

Roddy, keen to see all generations escape the climate catastrophe, has firm views on this, agreeing with activist Greta Thunberg’s pragmatic approach to Cop26: â€œShe was right. Too much blah blah blah and not enough action.

He has to be one of the oldest firefighters in the UK and has lived through the changes that global warming is bringing to work – more forest fires, more rainfall and more flooding.

At an FBU public meeting during COP26, Roddy spoke about his decades of experience in monitoring how climate change is reshaping work.

â€œThere have always been grass fires, but they are getting more and more intense,â€ he says.

And during his last two night shifts at the end of October, just before COP26, the control was inundated with flood calls â€.

But it is not only global warming that is changing the role of the firefighter. Roddy believes the pandemic has seen firefighters become “social workers too” – with an increase in the number of mentally ill people calling 999 during the lockdown – some on the verge of self-harm.

Roddy has a heartbreaking first-hand experience of the devastating effect Glasgow’s past as “Tinderbox City” has had on families.

In 1960, when he was only five years old, a warehouse filled with a million gallons of whiskey and 30,000 gallons of rum caught fire in Cheapside.

As fire teams from across town battled the alcohol-fueled blaze, the building exploded, killing 14 firefighters and five rescuers.

One of them was firefighter Christopher Boyle, 27, married to Roddy’s sister. The couple had four children under the age of five – the youngest born just 19 days before the fire.

Roddy gives a moving account of this historic family connection to the infamous fire in the union centenary film The story of the firefighter. He took the surviving nieces and nephews he grew up with to the Glasgow premiere.

Roddy took part in two nationwide strikes and spent nine weeks “freezing on the picket line” in the winter of 1977, shortly after his arrival – supported by camaraderie and “Yeoman Instant Mash Potato”.

Some 25 years later, he was frozen on the picket line again in the nationwide wage strike, his ardor for a better deal for firefighters having gone unchecked.

Roddy, born in Gorbals, is proud to be a “Red Clydesider”, with a long-standing loathing towards Margaret Thatcher for the “damage” she inflicted.

He is “disgusted and appalled” by the Conservative station closures and job cuts in the UK over the years and the devastating effects of “light regulation”, which he sees as paving the way for the horror of the Grenfell fire and the loss of 72 lives.

MENTION OF THE MASTER FIREMAN

Roddy has always been a team player at work – that’s how he is.

Take what happened in 2000. He was about to receive a Fire Master Commendation for a Fire Survival Call. He had kept a young woman, trapped in a burning building with her baby, reassured and as calm as possible for half an hour as firefighters battled the lame before the rescue.

But Roddy declined to accept the award in person unless the shift control team joined in the ceremony. The fire master duly went to the control center, 17 miles outside of town, to present the award in person, in the presence of the watch. â€œIt’s not just about the individual, it’s about the team,â€ says Roddy.

His insistence on the team being part of the awards ceremony was mentioned by senior Scottish firefighters and lifeguards when he retired. This has always underpinned his approach to work and his controlling colleagues.

It was also a memorable ‘start’, which took place at the Rhoderick Dhu pub in Glasgow. The walls were covered with quotes from Roddy – instantly refuting the one he often said: “You never listen to a word I say.”

He is known as “The Voice” in control – for his “distinctive delivery”.

Former strike colleagues of ’77, fathers and sons with whom he worked and mentored, were among the many who gathered to celebrate his distinguished career on the telephone front line.

Roddy was “very touched” by “An Ode to Control” – emailed by Group Commander Murdo Henderson to everyone at the control center, naming Roddy, who was soon to retire, as “that legend” with a “unique voice”.

He had heard Roddy: â€œCalm. Closed. Coherent. Professional â€, guiding a beginner trainee in control. But above all, added the group commander, â€œcontrol is the freezing that binds usâ€ – praising the team and not just the â€œlegendâ€ who â€œtaught us wellâ€.

An inclusive team approach, recognizing the key role that control watches play in fighting fires. Given his track record of sharing praise and recognition, it’s no wonder Roddy was so touched.