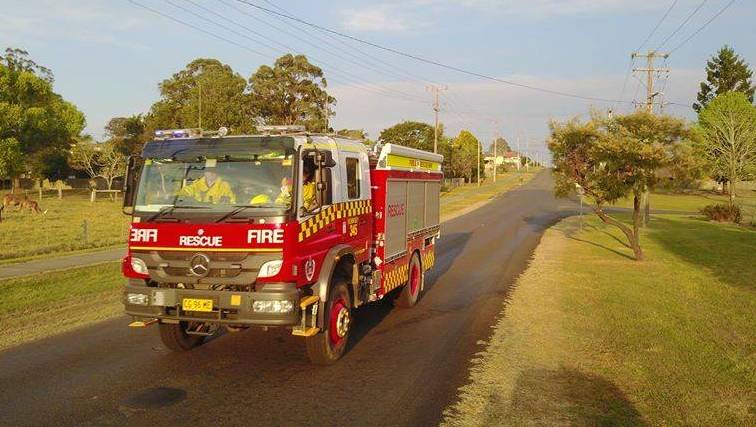 The Fire Department Employees Union (FBEU) is sounding the alarm over a proposal by Fire and Rescue NSW (FRNSW) that would see vital equipment taken offline at more than 30 locations, including some on the North Coast.

The “TOLing” would only be temporary, but FBEU shop steward and mid-north coast resident Daniel Finney said it could impact community safety in the area.

“Under this new ordinance, they can take equipment offline for one hour, one day a week per month, this gives them the power to take it offline in the blink of an eye, and it could be done indefinitely. “, did he declare.

â€œThe introduction of this order will allow TOL’d four trucks in the Coffs area, leaving only two trucks available to respond to all emergencies in the Woolgoolga, Coffs Harbor and Sawtell fire districts; how is this safe?

â€œWe live in one of the fastest growing areas of the Mid North Coast, we need all of our equipment to work, and online this move could end up costing lives and property, it doesn’t matter. sense.”

Mr. Finney thinks the crux of the matter is money.

Currently, fire stations that do not have sufficient safe manpower are supplemented by other firefighters at overtime rates. Without the additional crew to operate the equipment, the new ordinance proposes to take them offline instead.

We cannot see a greater risk to the health and safety of professional firefighters than this.

Members of the North Coast Fire and Rescue Community

The Acting Deputy Commissioner argues that this practice is in part the result of changing demographics, technological improvements and a more modern understanding of fire safety and risk.

â€œFire and Rescue NSW is not reducing service delivery to the NSW community. We are not closing fire stations,â€ he said.

â€œAll trucks have Automatic Vehicle Location (AVL) to allow the nearest and most appropriate truck to respond.

“Trucks will only be temporarily taken offline if it is safe, and there are other trucks in the network that could respond quickly to an incident.”

However, in the open letter signed by firefighters and firefighters, they argue that the decision is made based on what works in big cities, rather than in areas where the environment is markedly different.

“There is a distinct variation between metropolitan and regional areas in the FRNSW’s available resources ready to respond to emergencies,” part of the letter reads.

â€œUsing additional FRNSW resources in regional areas will certainly put our communities at risk and further jeopardize the safety of all FRNSW firefighters.

“Part of the proposal is to allow only two firefighters to intervene in the event of an incident at an urban pump.

â€œWe cannot see a greater risk to the health and safety of professional firefighters than this.

Fire and Rescue needs all of our equipment online and operational to ensure we can respond to emergencies when and where they occur.

“We are united in our opposition to this proposal and call for this proposed new decree to be withdrawn from implementation.”

In recent years, our emergency services have done more than show their value to the community, first during fires, floods and even during COVID.

Mr Finney says if anyone in the community wants to help them fight the new order, now is the time for people to make their voices heard.

“People have power in numbers, write your MP, contact the NSW government; we cannot let them do this,” he said.

â€œFirefighters and rescue workers are busy year round, protecting 90 percent of the state’s population from emergencies involving fire, motor vehicle accidents and other dangerous situations.

â€œWe protect 100% of the state’s population from hazardous materials emergencies and building collapses.

â€œNo one knows when or where an emergency will occur; data modeling is not an accurate way to predict accidents in advance.

â€œFire and rescue services need all of our online and operational equipment to ensure that we can respond to emergencies anytime, anywhere. ”