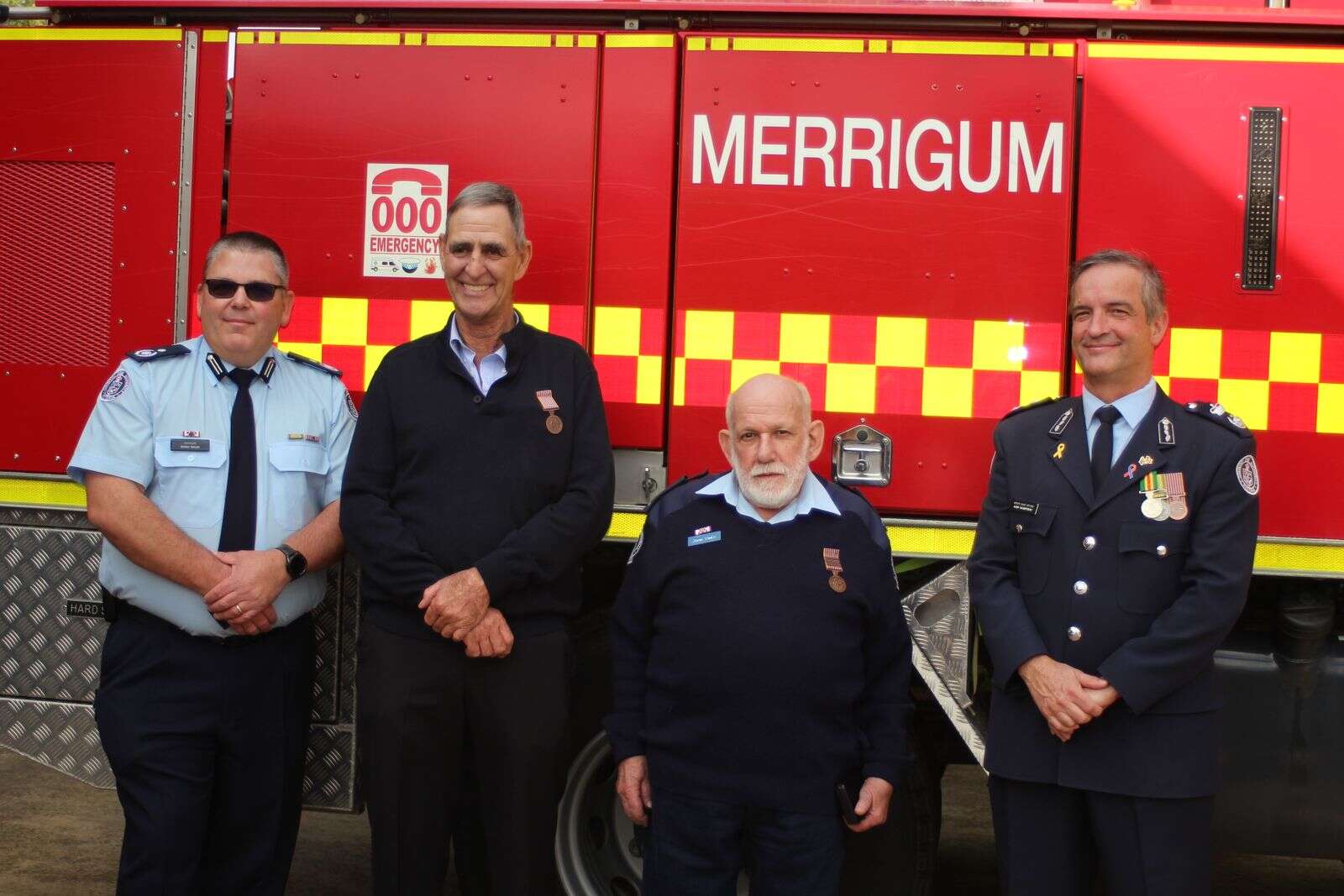 Mr. Sullivan joined the brigade in 1981 and served as a captain for 25 years.

He had a number of deployments as a strike team leader including the Dandenongs bushfire in 1997 and Black Saturday in 2009.

Sullivan thanked Nicholls MP Damian Drum on the day of the presentation for the $6,000 grant for the electronic sign.

The Lions Club was also able to provide $6,000 through community fundraising.

Mr. Viney also received a national medal for his service, having joined the CFA in 1968 and served for 54 years.

He served 41 years at Belgrave South before moving to Kyabram Station in 2009 and then to Merrigum where he has served for six years.

Mr Viney was involved in the Ash Wednesday firefighting as Belgrave South was the first Dandenong town to be hit.

Intense firefighting and the rescue of a considerable part of the town was followed by the involvement of the brigade and the community in the recovery.

Mr. Viney acknowledged the effect that dealing with major incidents and traumatic events had on firefighters.

This inspired him and a group of like-minded people to work to establish the Critical Incident Stress Debriefing Program.

“It was one of the most important things I did during my time at the CFA,” he said.

“I am very proud to be part of the group that has put in place a social assistance program that helps hundreds of people.”

Mr Viney said Merrigum Firefighters had a proud history, having been there since 1944, and were looking for more people to sign up.

“We are looking to expand the brigade’s strength, Merrigum is a thriving and progressive brigade,” he said.

The station was also featured with new tankers.

This will improve the firefighting capabilities of the brigade for the local communities of Merrigum, Byrneside and Lancaster.

The vehicles were operational in 2020, but the delivery and presentation of national medals was delayed due to COVID-19 restrictions.