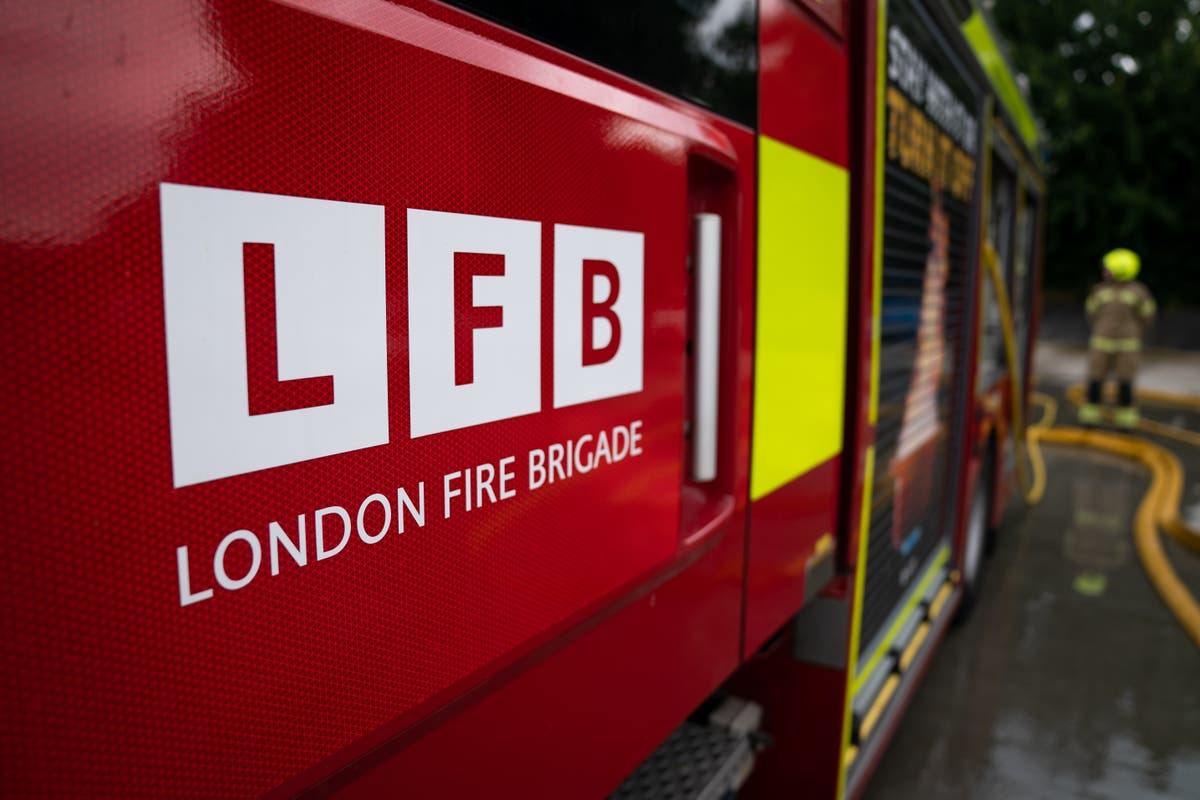 London Fire Brigade (LFB) had an ‘unusually busy’ weekend, taking more than twice as many calls as usual and tackling several major weather incidents in the capital.

On average, LFB takes about 450 calls per day.

The UK experienced a heat wave with a record 40.3C in Coningsby, Lincolnshire on Tuesday.

On the day, firefighters had their busiest day since World War II due to extreme temperatures, taking 2,670 calls and participating in 1,146 incidents.

An LFB spokeswoman said: “It was an exceptionally busy weekend with firefighters attending to several significant weather incidents across London.

“Although the temperature has dropped, the grasslands will still be extremely dry.

“We don’t want people to be complacent, which means avoiding barbecues in parks and open spaces, making sure cigarettes are properly disposed of, and cleaning up rubbish and glass as they can amplify the sun and cause a fire.”

Firefighters have also shared cooking safety tips after a house fire on The Drive in Ilford was believed to be accidental and caused by cooking.

An LFB spokesperson said: “Fires are more likely to start in the kitchen than in any other room in the house.

“It is very important not to leave cooking unattended and never to leave fabrics, such as tea towels, near a stove or hob, as they can ignite very easily and flames can spread quickly.

“Remember, if you have to leave the kitchen, turn off the heat.”

On Sunday the Brigade said it was dealing with significant incidents in Enfield, Hayes and Thamesmead and urged people to cancel all planned barbecues, remove litter, especially glass, from the meadows and properly dispose of cigarettes.

On Monday morning, four fire engines and around 25 firefighters battled a flat blaze in Church Road in Isleworth, west London.

About 15 people were taken to the shelter as a precaution and a man was taken to hospital because part of a four-room apartment on the third floor of the building was damaged by fire.

There were also four fire engines and around 25 firefighters battling a house fire at Mortlake Road in Ilford.

The entire ground floor of a terraced house was destroyed by fire and half of the first floor was also damaged by the fire.

Two children were taken to safety before firefighters arrived, while another man and a teenager also left the building before the brigade arrived and were taken to hospital.

On Monday morning, it released information about incidents firefighters have faced over the weekend, including a number of grass fires.

They fought a flat fire at Willcott Road in Acton, a house fire at Coronation Road in Plaistow, a fire at Stockwell Park Road in Brixton and a fire at Junction Road in Islington.

On Friday, four fire engines and around 25 firefighters fought a blaze at a bungalow in Shepherds Close in Chadwell Heath.

Several garden sheds and about 10 meters of garden fences were destroyed by fire.

Temperatures in south-east England hit 29C on Sunday, according to the Met Office.

Images of blackened ground were tweeted by firefighters after the Enfield Grass Fire at Rammey Marsh over an area of ​​20 hectares was brought under control.

Some 70 firefighters were dispatched to the grass fire in Cranford Park, Hayes, where around five acres of grass and shrubbery were on fire and smoke spread across west London.

Meanwhile, black smoke could be seen billowing into the air in Thamesmead as fire engines, the fire boat and around 65 firefighters dealt with a grass fire at Defense Close.

A total of 16 homes were lost last Tuesday in the Great Fire in Wennington, east London, and fire crews had to battle to save the nearby fire station itself from the flames.