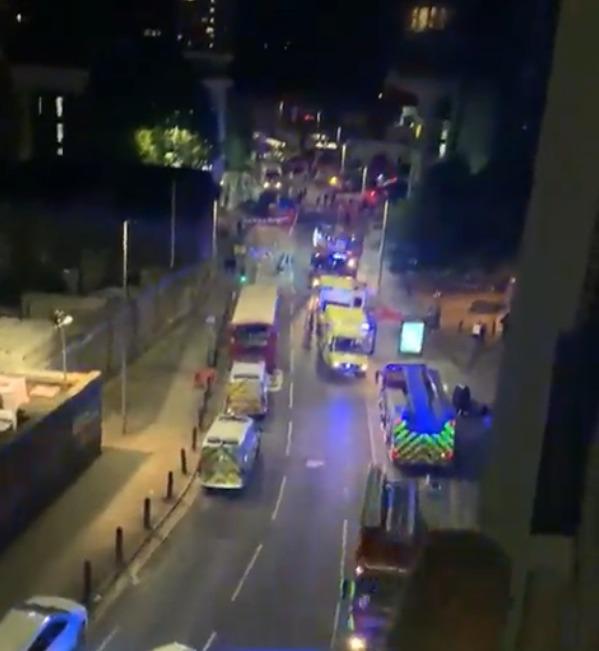 London firefighters have issued a warning following a major fire at a hotel in Battersea.

The fire at a hotel in Lombard Road on Saturday night was reportedly caused by “the dangerous use of tea lights”.

Firefighters rescued two people from the blaze at a mixed-use commercial and residential building.

About a hundred people had left the building before the brigade arrived.

Two people were taken to hospital and two others were treated on site by paramedics.

Most of a hotel room on the second floor was damaged by fire and smoke hit the upper floors of the building.

Station Commander Sacha Clement, who was at the scene, said: â€œThe firefighters worked incredibly hard to bring the blaze under control and prevent the blaze from spreading further.

â€œFirefighters rescued a man from the second floor of the building via a ladder and a woman was rescued by crews wearing breathing apparatus via an internal staircase using an emergency hood.

“The brigade’s 999 screening officers also gave vital fire survival advice to someone inside the building on how to stay safe before the firefighters arrived.”

There are now 15 fire engines and around 100 firefighters at the scene of a fire in #Battersea. A second floor apartment is lit https://t.co/2IFPZ3bdXt Â© @OrenJack pic.twitter.com/pwwMZcczfl

London firefighters have issued a warning with safety advice regarding the candles: