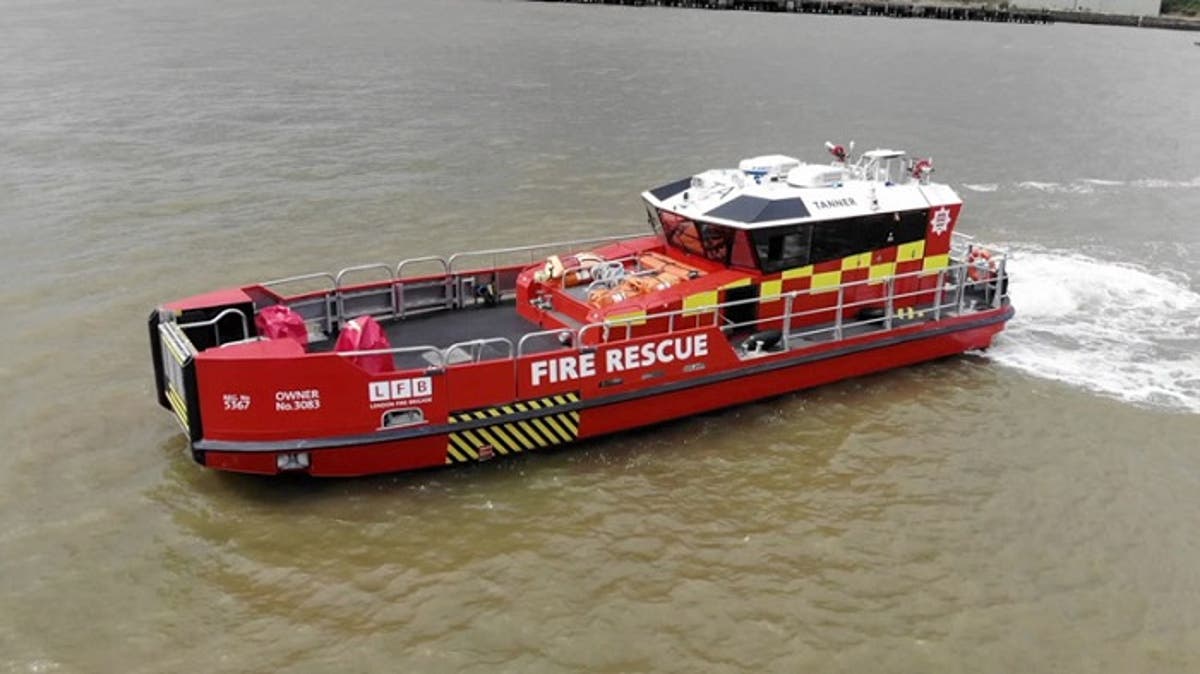 The two new vessels, worth around £1.8million each, will be used to fight fires along the Thames and contribute to a “significantly improved mass rescue capability”, with each boat able to carry up to 20 people including crew.

It is part of a wider investment in modernizing London’s fire service following the 2017 Grenfell Tower fire that killed 72 people.

Last year, as part of the same investment, firefighters in London became the first in the UK to have access to 64-metre turntable ladders capable of rescuing people from high-rise buildings.

London Fire Brigade will also be the first brigade in the UK to deploy an all-electric fire engine as part of a trial this year in a bid to decarbonise the fleet.

London Fire Commissioner Andy Roe said on Thursday the two new fireboats were a testament to the “significant investment” made by City Hall to improve the “equipment and capabilities” of London’s firefighters over recent years. years.

Mr Roe said: “Each boat is worth around £1.8million. They are state of the art and what they provide is a really vastly improved mass rescue capability on the Thames, as well as the ability to fight very large fires from the riverside.

“The Thames is this amazing place; one of the busiest waterways in the world, the busiest waterway in Europe, and with some of the most important developments alongside it. So we both have to be able to save people from the river – whether it’s a person or, like this boat can do, [20] people – or if it is actually putting out a fire from the river using this natural resource to pump water over what are often very tall buildings.

Named after World War II firefighters Harry Errington and Gillian Tanner, the two new boats can travel at a top speed of 40 knots, twice as fast as the boats they replace. They are each equipped with high-powered lances allowing the crews to fight fires from the river as well as a hydraulic crane and a thermal camera allowing to carry out rescues from the water.

The Fire Marshal was joined on board one of the ships by London Mayor Sadiq Khan on Thursday afternoon to officially mark their launch.

Mr Khan said: ‘The demands on firefighters in London have never been higher due to the extreme temperatures and terrible flash floods we have experienced as a result of climate change. That’s why, as Mayor, I pledge to do everything possible to ensure that our frontline emergency services have the right resources, policies and equipment to serve all communities in London.