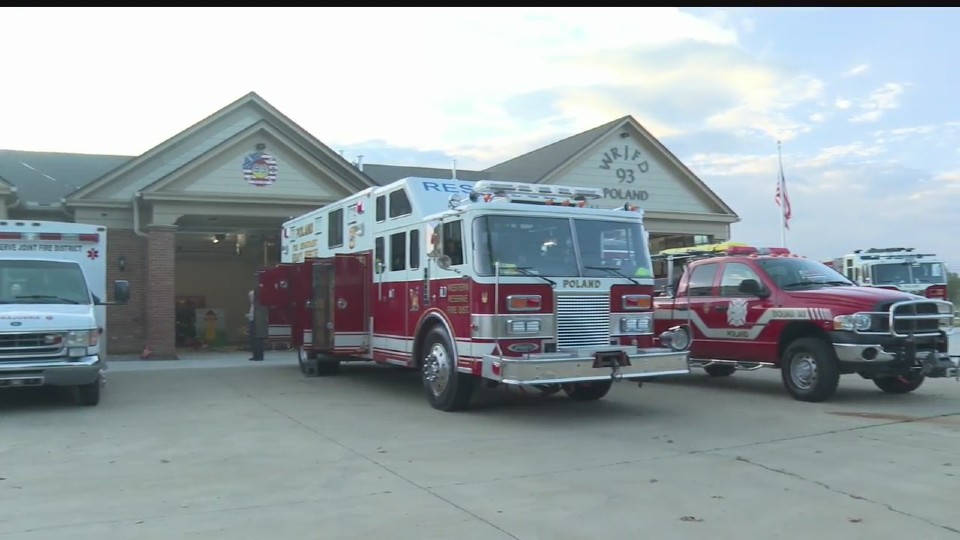 (WKBN) — On Thursday, Gov. Mike DeWine announced the creation of a task force to help address declining volunteer fire department personnel in Ohio. The counties here in Mahoning County are no different.

Several volunteers from the Green Township Fire Department responded to a smoky scene on Friday afternoon on Knopp Road. They said a controlled burn reignited, then spread to several bales of hay. It was a long-term undertaking to put out.

Most of these volunteers were paid $11 an hour to respond to the scene and had to leave other jobs or family to do so.

“Today there are about eight of us and we had to call Beaver Township for help. So we had more people to help put out the fire,” Green Township Fire Chief Todd Baird said.

They are already on track to answer 47 more calls than last year.

But it’s not just in Green Township. The Western Reserve Joint Fire District is seeing a steady increase in EMS calls, despite declining personnel.

“We have an aging population that is asking us more for our calls. At the same time, we have fewer young people to recruit,” said Chip Comstock, Chief of the Western Reserve Joint Fire District.

He said young people have to work more hours in other part-time jobs to make ends meet, giving them less time to volunteer. He said his department is considering hiring part-time staff on a rotation of shifts to have more firefighters available.

The national standard is to have 18 to 20 firefighters during a house fire, but with fewer firefighters available, it is more difficult to have the required personnel on the scene.

“We have 18 firefighters on average in Poland, but last week I only had 12. So we had to rely on our neighbors to help us provide the extra numbers,” Comstock said.

“It should come as no surprise to anyone. Lawmakers see it,” DeWine said.