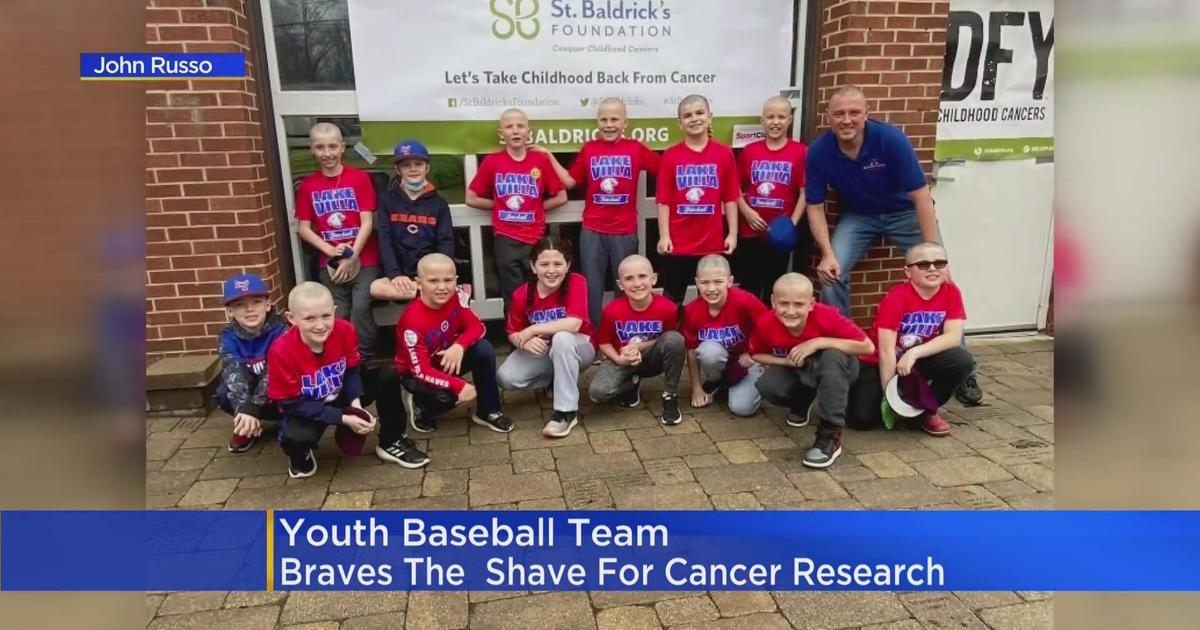 The entire Lake Villa baseball team comes together to raise money and shave their heads to help children with cancer.

CBS 2’s Jackie Kostek sat down with the team on Thursday and asked who was affected by cancer in some way with five of the players raising their hands.

“My grandma, she was very sick with cancer,” Jake said.

“I definitely know two, but I think three people in my family died of cancer,” Matthew said.

Other players have been inspired by the St. Baldrick’s Day mission.

“Kids who have cancer, they don’t have a choice,” Brooks said.

“I want to get a sense of how they’ll feel sometimes,” Logan said.

The idea originally came from 10-year-old Chase, who has been competing for the past three years. But once the idea caught on among his teammates, the ripple effect began.

“Selflessness was the very first word I thought of. Being 10 years old, being in fourth grade, being able to shave your head, that’s really important,” said head coach John Russo.

The Eagles, who now call themselves the Bald Eagles, raised $13,000, making it the largest donation to the Fox Lake Volunteer Firefighters campaign.

2022-03-20
Previous Post: Ukraine War: Firefighters from the London Fire Brigade begin a journey to the frontline between Poland and Ukraine to deliver vital equipment
Next Post: Merritt Fire Department gets new brush truck in time for next fire season |