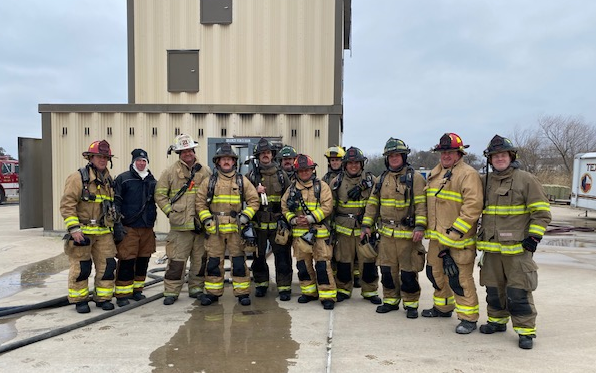 KYLE, Texas (KXAN) — Kyle, like many towns around Austin, is growing tremendously — but with growth comes growing pains.

As more and more people move into the city, firefighters are scrambling to keep up.

In January, the Kyle Fire Department called on nearby departments to help fight a fire downtown.

“We had six departments at this fire, including Austin,” Kyle Fire Chief Kyle Taylor said.

Currently, the department has 36 firefighters spread over three posts.

“We get up to 500 calls a month and when I started it was around 150,” Taylor said. He started working for KFD nine years ago.

Freddie Rolon, division manager of training at KFD, said he was working to hire more firefighters, which is essential for growth.

“If I don’t have enough staff to help in a large apartment complex, it can affect the people living there,” said Freddie Rolon, division manager for training at KFD.

A fire station, on average, can serve about 10,000 people, Taylor said, and there aren’t enough stations in Kyle to serve about 46,000 people — the city’s population.

Rolon says they are working on adding a fourth station, and possibly more.

“We have already started thinking about a fifth and sixth station,” Rolon said.

Recruitment is also a challenge. KFD is currently recruiting.

“You look every day and it’s almost every department that’s looking for firefighters,” Taylor said.

Despite the challenges, KFD’s response times were unaffected. Currently, their average response time is eight minutes.

“We do a lot more when we’re criss-crossing the city when a call comes in,” Taylor said. “We are growing and we will continue to grow. If we don’t keep pace, we won’t be able to keep up with call volume.

2022-03-03
Previous Post: ‘Father is back’ – Eaton Township man fighting fire for his life may have saved his daughter
Next Post: Five factors that cause credit scores to plummet