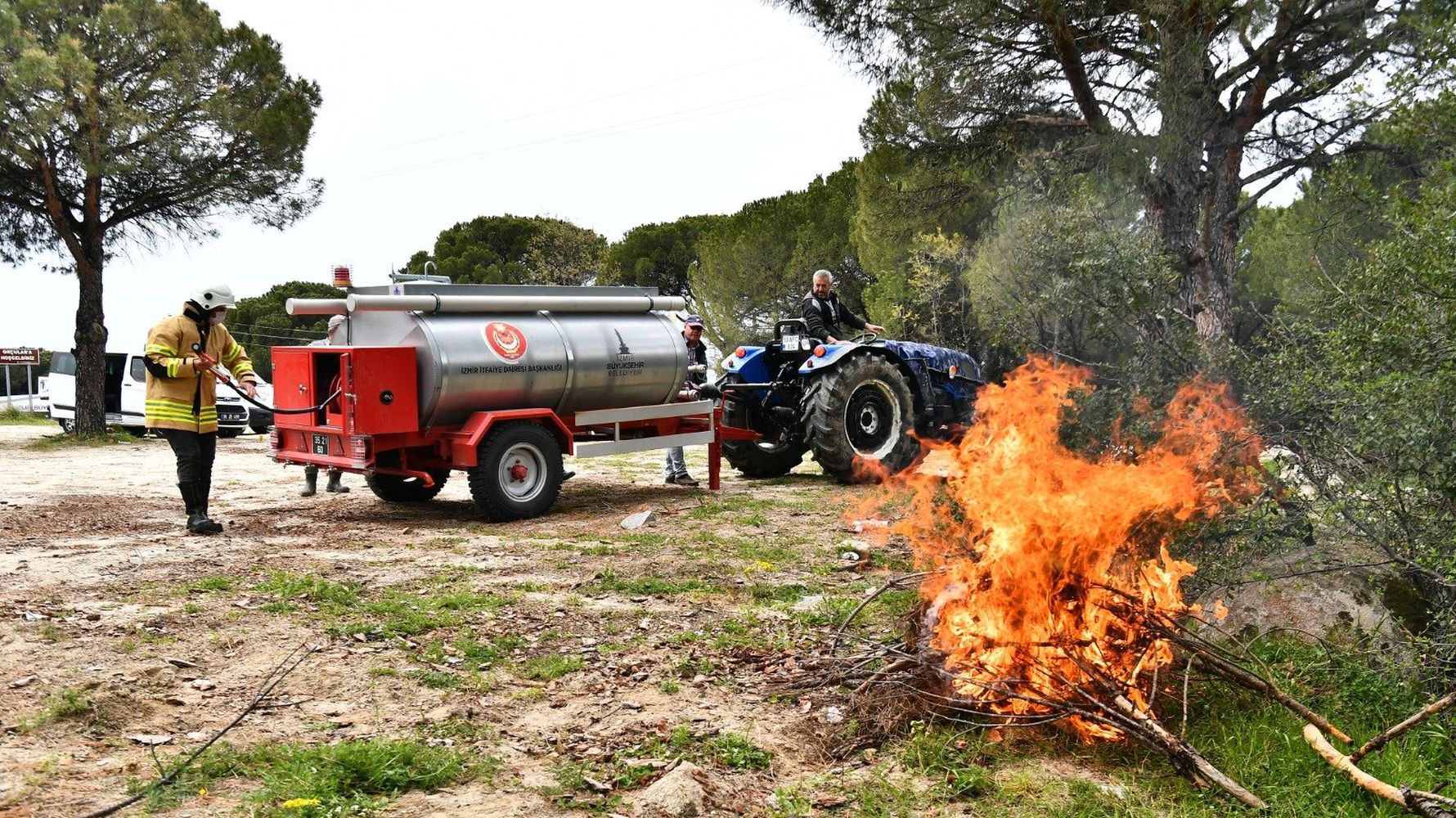 As part of the forestry mobilization initiated by the mayor of the Izmir metropolitan municipality, TunÃ§ Soyer, 50 other fire extinguisher tankers are being purchased to ensure a rapid response to the fires. President TunÃ§ Soyer said the first response to forest fires is very important and said: â€œThe recent fires have shown how correct this project is. The metropolitan municipality had distributed 60 fire-fighting tankers to forest villages in April.

The Izmir Metropolitan Municipality continues to purchase fire extinguisher tankers as part of the forestry mobilization started. Metropolitan, which distributed 3 fire hose and trailer type water tankers with a capacity of 60 tons of water to forest villages in April, also started the procurement process for 50 tankers and five fire extinguishing sets containing water heaters, pumps and pipes. Residents of forest villages far from the city center will now be able to respond more effectively to fires. Thus, the growth of the fire will be prevented until the arrival of the firefighters. For the use of tankers, fire training will also be provided to villagers, as before.

There is a lot of demand

Izmir Metropolitan Municipality Mayor TunÃ§ Soyer said the first response is very important in the event of a forest fire and said: â€œThe latest fires have already shown how correct this project is. We have distributed 60 tankers in our forest villages far from the center. In some places the fires were put out before they got bigger by these tankers and the villagers we trained in their use. Now we’re going to distribute 50 more. There is a lot of demand, we are trying to meet that demand, â€he said.

Creation of a branch

The Directorate General of Forest Villages and Rural Fires, which was first established in Turkey under the aegis of the Fire Department of the Izmir Metropolitan Municipality, will plan the distribution, maintenance and repair of fire extinguisher tankers and training for local residents. As forest firefighting services require separate expertise, the General Directorate, which focuses on forest villages and rural areas at risk of fire, will also have a special fire department specializing in firefighting. extinguishing forest fires.
The fire, which started in the Birgi district of Urla on August 3, was extinguished in a short time with the intervention of the inhabitants of the region, thanks to the fire extinguisher tanker distributed by the metropolitan municipality.