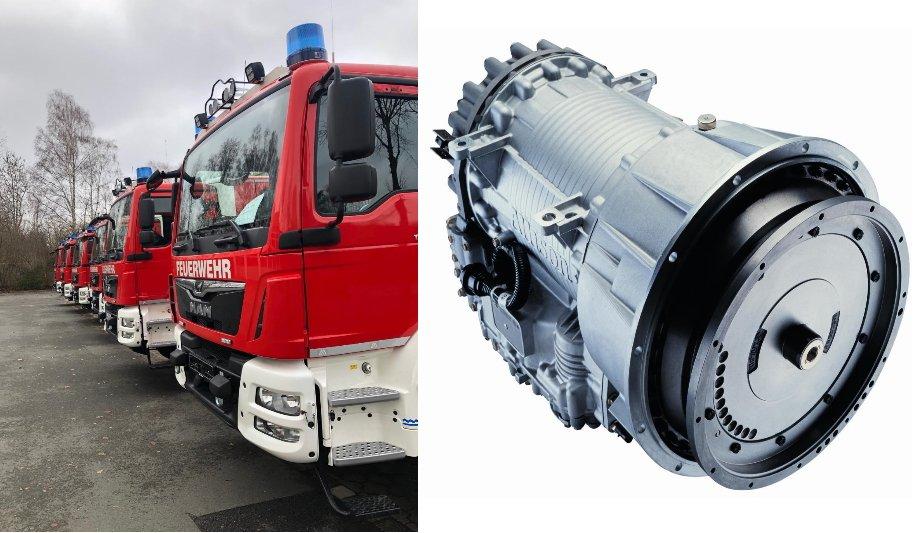 A total of 38 vehicles have been delivered to local fire departments, another 30 are expected to be delivered by September 2021 and the rest to follow by the end of 2022, reflecting a delay due to the COVID-19 pandemic.

The key factors behind this decision were the transmissions’ ability to deliver improved acceleration, excellent off-road capability, reduced wear and, most importantly, increased control and operator comfort for the nine limbs of the vehicle crew.

“It is important to us that the overall configuration of this vehicle provides maximum safety for the crew. The smoother and safer the ride, the more confidence the crew has in the vehicle,Said fire chief Sebastian Datema, deputy head of the technology and technical service department of the Institut der Feuerwehr NRW.

“We are receiving very positive feedback from local fire departments regarding the Allison Fully Automatic Transmission. The intelligent transmission logic thinks for itself and supports the driver on and off the road.“

The LF 20 KatS is capable of traversing water up to 90cm and can maneuver at a bank angle of up to 32 degrees, which has a very positive effect on turns. The water tank has a capacity of 1000 liters. The complete set of vehicles and equipment has been adapted to the rescue scenarios encountered in North Rhine-Westphalia and far exceeds standard specifications.

LF20-KatS disaster response and civil protection vehicles must be ready for operation in the event of major infrastructure failures such as those caused by nuclear, biological and chemical (NBC) threats and flooding. They provide emergency medical services and assistance to citizens. In addition, the vehicles are used for local fire protection in communities.

“In recent years we have had an increase in incidents where these powerful vehicles are needed,“said Matthias KalthÃ¶ner, government fire manager and head of the technology and technical service department at IdF NRW.”This concerns, for example, supralocal assistance in so-called large-scale operations and disasters such as floods, forest fires, extreme weather conditions or NBC defense. The vehicles currently enjoy a high level of acceptance among local fire departments.“

“The easy maneuverability of the vehicles simplifies the work of the drivers. They do not need to change gears and can concentrate fully on their work and on the road, moving at high speed. Allison’s patented torque converter multiplies engine torque when starting and accelerating. There is no interruption of traction during gear changes but a seamless transfer of power to the wheels.“

“With the serial release of Allison transmissions, MAN has responded to the demand from many fire departments for a drive configuration that provides exceptional performance, reliability and ease of use under extremely harsh conditions,Said Harald Rosenauer, account manager for MAN at Allison Transmission.

Allison fully automatic transmissions have demonstrated exceptional reliability and ruggedness under the most demanding conditions and, as a result, are used by many firefighting fleets around the world.