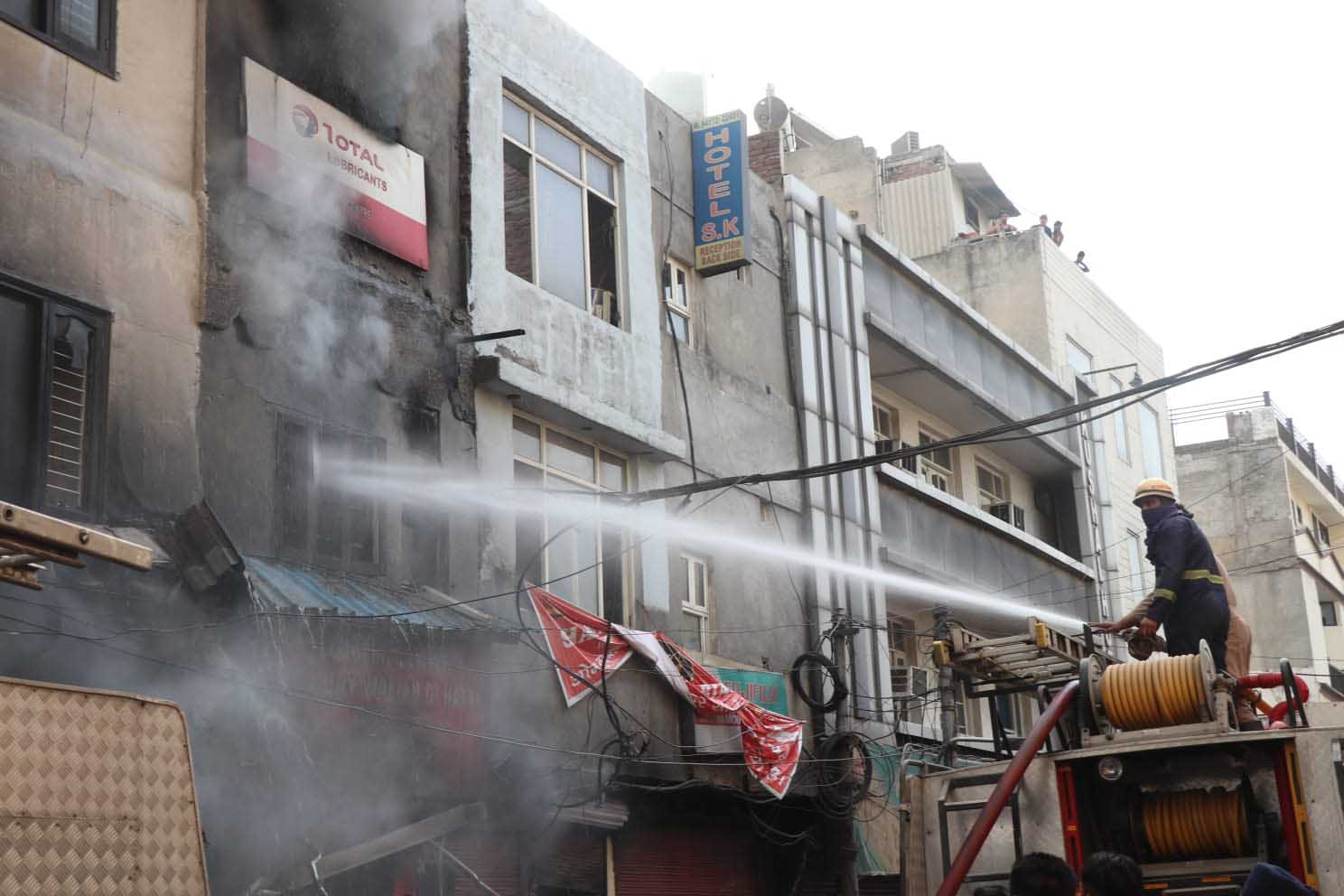 High-rise buildings in Ludhiana out of reach of firefighters: The Tribune India

Fighting any fire in the high-rise buildings in the city is a herculean task for the fire department due to the unavailability of hydraulic ladders with firefighters. The city has many such buildings and most of them have, to some extent, their own fire protection systems in place, but these may be insufficient in the event of a major fire.

According to reports, the department does not have hydraulic ladders to locate and reach the source of the fire in high-rise buildings.

The recent fire at the two-storey auto parts building in the Subhani building is the latest example where firefighters had to climb onto adjacent buildings, putting their lives at risk to extinguish the flame. If the firefighters then had the hydraulic ladder, they would have easily extinguished the flame from the outside without endangering their own lives. “When the fire broke out at the Gola factory in 2017, the firefighters did not have an hydraulic ladder, so they had to enter the multi-storey factory to put out the flame and, unfortunately, the factory collapsed and killed 16 people, including nine firefighters.

Fire officials who requested anonymity said they have been increasing demand for hydraulic ladders for years and each time officials assure they will raise the issue with Chandigarh authorities, but nothing is happening. in the field.

According to sources, recently, the proposal to purchase the water ladder has been approved at Chandigarh level by the senior officials of the Department of Local Organizations and funds from Smart City Missions are to be used for this purpose. Officials said it is likely that tenders for the purchase of a hydraulic ladder could be issued at any time by the department.

Asked about plans to purchase a hydraulic ladder, City Commissioner Shena Aggarwal told The Tribune that “the process is ongoing. We would soon buy all the machines for the fire brigade.”