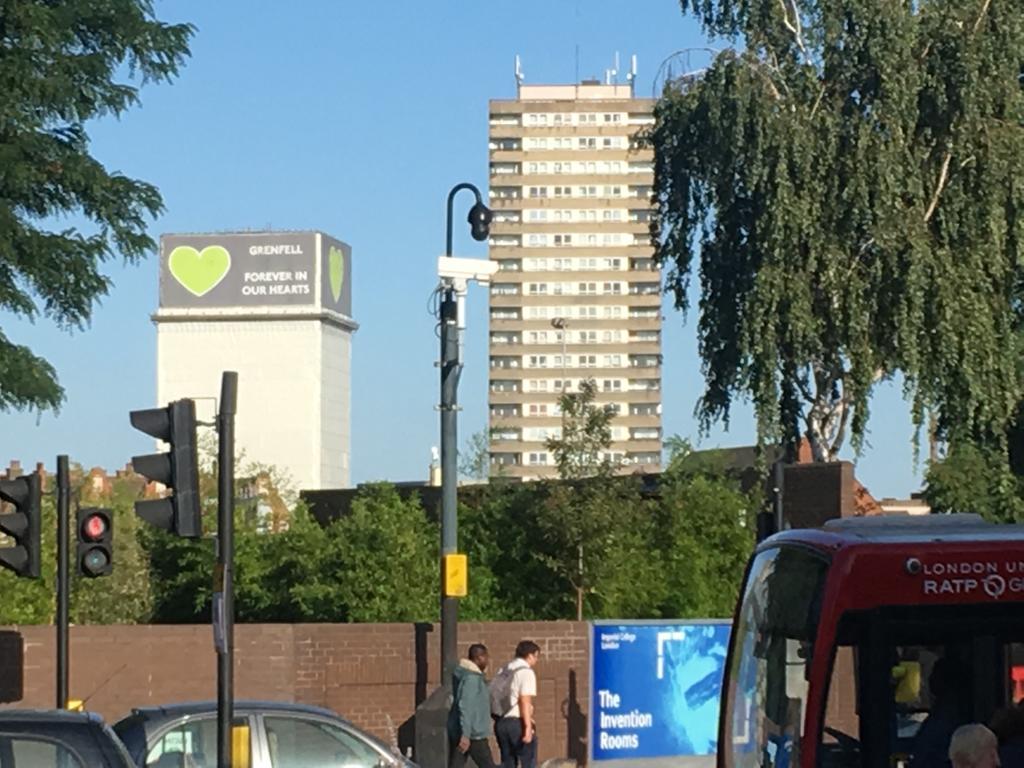 999 heartbreaking calls during the Grenfell Tower fire spectacle, London Firefighters (LFB) were not prepared for the tragedy, a lawyer claims.

QC Leslie Thomas told the investigation that operators lacked adequate training and equipment to advise people inside the tower on the night of the fire.

Professor Thomas, representing the bereaved, survivors and residents, read excerpts from calls made by residents as they begged operators to send help.

He said many residents were told to stay inside the building, despite the smoke already entering their apartments, and then at the last minute to cover themselves with wet towels and get out.

Professor Thomas cited a call made by a 12-year-old survivor who fled the building with his mother and younger brother.

He told the investigation that the operator did not realize he was talking to a child and advised the family to stay in their apartment, assuring them the firefighters would rescue them.

As the fire escalated, they then told the family to put wet towels over their mouths and leave the apartment.

The boy said to the operator, “Smoke coming in, we smelled it. Fireballs hitting the widow, it’s really scary.

“My mother has asthma and a heart problem. We are going to die.

“The hallway is full of smoke. Did we just die? These are my last words.

Professor Thomas said operators did not give special advice to children and vulnerable adults, including pregnant women and people with reduced mobility.

He also explained how a resident who fled the tower repeatedly urged her brother’s family who also lived there to leave the night of the blaze.

But operators told the family of five to stay put for about an hour before telling them to try to escape. All five of the family died in the fire.

Professor Thomas said: “Having finally been ordered to self-evacuate, the family, like so many others, is on their own and developing their own evacuation strategy.

“In their last calls, desperation and fear are tangible. The operator’s response is brutal and insensitive.

Professor Thomas also said that the operators had not communicated what was happening with the other teams and were running out of televisions in the operators’ rooms, which would have been essential as access to live coverage of the fire would have shown them how fast it was spreading.

He asked the inquest on Oct. 28, “How many hells will there be, how many lives lost, homes lost, families destroyed, before there is any meaningful change?”

“The results of relatives of our clients who have sadly passed away have been invariably affected by LFB’s inadequate skyscraper policy and training and control room failures.

“There was no system for sharing information from multiple callers in the same location or in the same apartment.

“There were missed opportunities to assess the spread of fire and smoke, the conditions in the apartments and the needs of the occupants.

“There was an absolute lack of awareness of the needs of vulnerable people and people with physical and mobility difficulties and mental disabilities. “

Martin Seaward, representing the firefighters union, said control rooms were understaffed on the night of the fire.

He added: “They were overwhelmed and they did their best.

“It is unfair that they have to be personally critical of this investigation for the shortcomings caused by the underlying systemic failures.

“Yes, it was heartbreaking, but the control room operators were at one end of that heartbreaking call. They had to deal with it too and they had to try to be professional.

“There is a clear disconnect between government policy and the imposition of austerity cuts on LFB leading to downsizing and station closures.”

Stephen Walsh, QC for the London Fire Marshal, said the brigade had learned many lessons since the Grenfell Tower fire.

He continued: “There are certain defining moments in time, often marked by significant and sometimes catastrophic events.

“We should and must incite very deep and far-reaching soul-searching.

“The Grenfell Tower fire was a shattering example of such a moment.

“Indeed the most important for fire and rescue services and residents of high-rise buildings since at least World War II.

“The London Fire Marshal strongly believes that issues of operational policy, training, information gathering and use of equipment will also benefit in terms of efficiency and effectiveness.

“It is strongly recognized that fire safety, as opposed to operational firefighting, is the foundation of the work of the brigade and the bedrock of the safety of Londoners. “