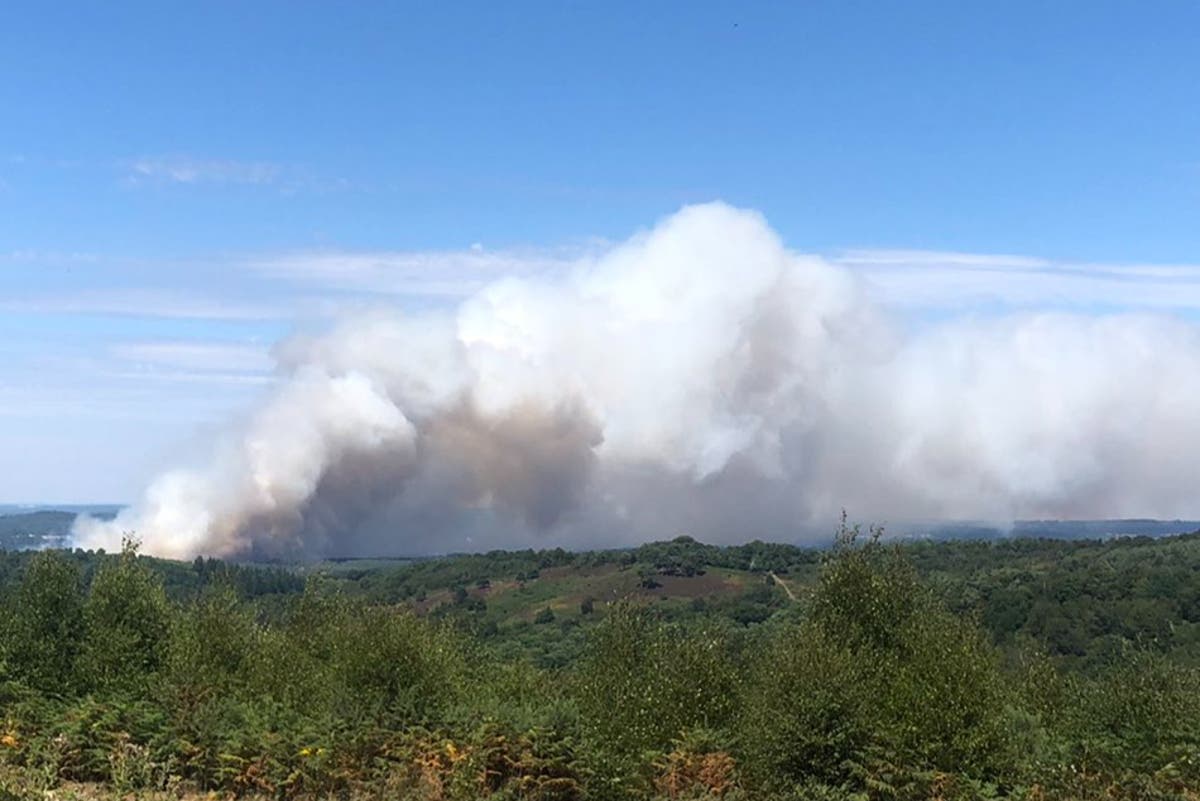 Hankley Common fire: Wildfires in Surrey and London under control

Firefighters have been battling a massive blaze at Hankley Common in Surrey and three other large blazes in London linked to recent hot, dry weather.

Surrey Fire Services initially declared a major incident after a fire tore through a hedgerow and warned residents to stay indoors.

However, the department downgraded the fire this evening while remaining at the scene and warned people to stay away from the area.

They tweeted: “Fire update: As of 6:40 p.m. this incident is no longer considered a ‘major incident’.

“However, there is still a forest fire and we still ask that you avoid the area.”

At least 19 vehicles have been dispatched to the nature reserve, including fire engines, specialist units and 4x4s.

The cause of the fire is not yet known.

At least eight hectares of land were ravaged by the fire.

Hankley Common was used for filming part of the James Bond film Skyfall.

The blaze came as London fire crews were also battling wildfires – with fires at Rammey Marsh in Enfield and Cranford Park in Hayes.

In Enfield, near Epping Forest, the London Fire Brigade (LFB) said around 100 firefighters battled a grass fire, which had grown to the size of four football pitches.

The service urged people to help prevent further fires by not having barbecues and disposing of cigarettes properly.

The Hayes blaze could be seen from across west London, with the LFB adding that 70 firefighters are at the scene. He said people in the area should close doors and windows while the London Ambulance Service is on the scene and urged residents to keep their doors and windows closed to avoid smoke inhalation.

Meanwhile, eight fire engines, the fire boat and about 65 firefighters are tending to a grass fire on the nearby defense Thamesmead.

A tweet from the fire service said: ‘London firefighters are dealing with a number of weather-related fires in the capital. We tackle major incidents in #Enfield, #Hayes and #Thamesmead. Between midnight and 5:00 p.m., we saw more incidents than we would in a normal 24-hour period.

Firefighters tweeted just before 6pm that the Enfield blaze was under control while the Hayes and Thamesmead incidents were also under control, but firefighters remained at the scene.