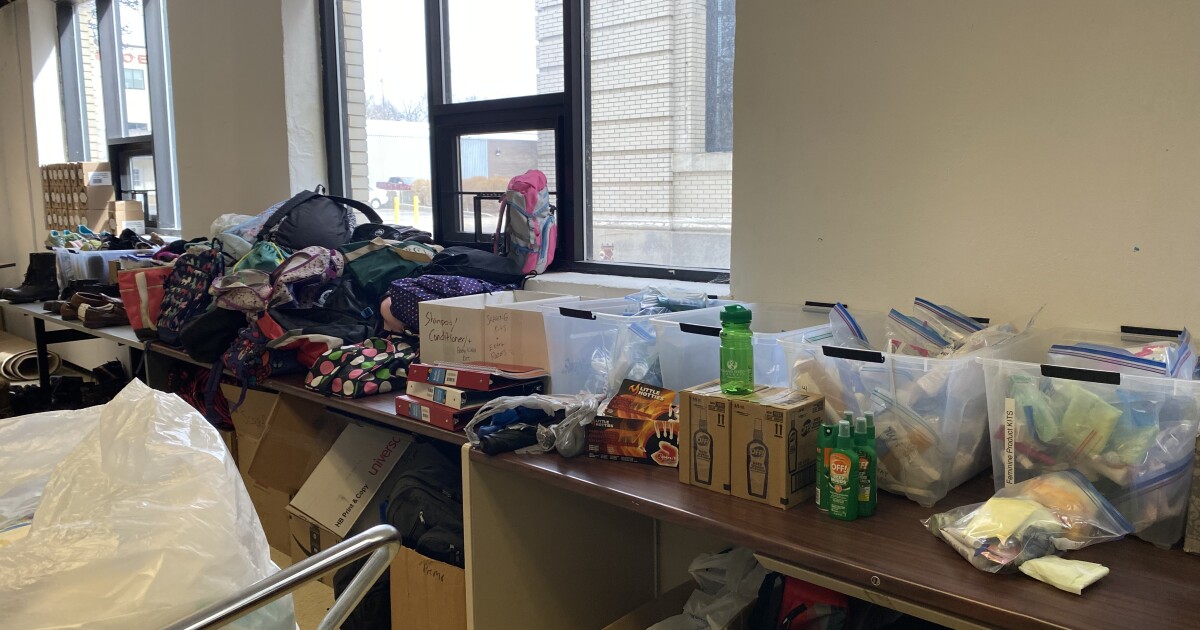 GREAT RAPIDS, MICH. “Living on the streets of Grand Rapids was never part of Coty Shearer’s plans. But, after a chain of unexpected events, it became his reality.

“I ended up moving in with my wife, and when I got there with her, her house went to probate court and ended up losing the house,” Shearer said.

He took refuge in Bridge Street Market and lived in his van, even in the dead of winter.

“I didn’t really have any clothes and I barely had any blankets. I had a sheet,” Shearer said.

Her family tried to help, but couldn’t provide much relief. He tells FOX 17 that his mother has multiple sclerosis and it was hard for him to help her. But the foreigners gave what they could.

“Sometimes people helped me. I mean not all the time, but sometimes,” Shearer explained. “They gave me change or stuff like that…I didn’t beg for it. I’m not one to beg him.

Each year, 1% of Kent County’s population experiences some degree of homelessness. In 2020, more than 8,000 people were affected. But a special task force in Grand Rapids is working tirelessly to reach those who need it most.

For the past two years, the Homeless Outreach Team – also known as the HOT Team – has been scouring the streets of Grand Rapids.

“It’s about bringing humanity back to people. Meeting people where they are and having a real conversation with them,” said Andrew Asdell, a Network 180 social worker.

It was a response to the 2020 pandemic and should only last a few months. But they soon realized the pandemic wasn’t going anywhere anytime soon, and neither was homelessness.

“We’re out there six days a week, 10 hours a day, and they know us from afar. They call us on our phones,” said Michael Waldron of the Grand Rapids Fire Department.

The group is made up of three firefighters, four police officers, three recovery coaches, two social workers and a peer support specialist. They bring all their talents to tackle the task of helping people on the streets. Firefighter, policeman, social worker and recovery coach.

“We are able to bring Réseau 180 services directly to people, where they are. Whether it’s in shelters, under bridges or in encampments, we can go out there and do comprehensive screenings and assessments,” Asdell said.

Helping homeless people connect directly with treatment providers like rehab — and doing follow-ups to help them stay on track.

“When I quit drinking, there were physical complications, and so I can really relate to someone who may have been in the hospital with pancreatitis or liver problems, and be able to understand what he’s talking about,” Marsha Mooney said. , Recovery coach at Réseau 180. “We can put them on treatment or make changes to help stop this.”

“A lot of times we send someone to a long-term treatment center for three or six months, but when they get out they can go to recovery housing,” Mooney said. “It can give them a chance to have a few weeks to find a job and get back on their feet that way, and in most convalescent homes they can stay as long as they want.”

“Just taking people to jail is not the answer,” said Sgt. John Wittkowski with the Grand Rapids Police Department. “First of all, it’s expensive. And number two, people just aren’t getting the services they need…we can’t stop getting out of anything that just isn’t working.

It’s a relationship built on trust, understanding and small wins that make a big difference.

“First time in convalescence? It is a victory; they are excited to be about to find a job and they are on top of the world? And that’s a win,” Waldron said. “We don’t see victories every day. It’s an ongoing thing. If we did, there would be no more homelessness.

FOX 17 will share more of Coty’s journey through homelessness next week.