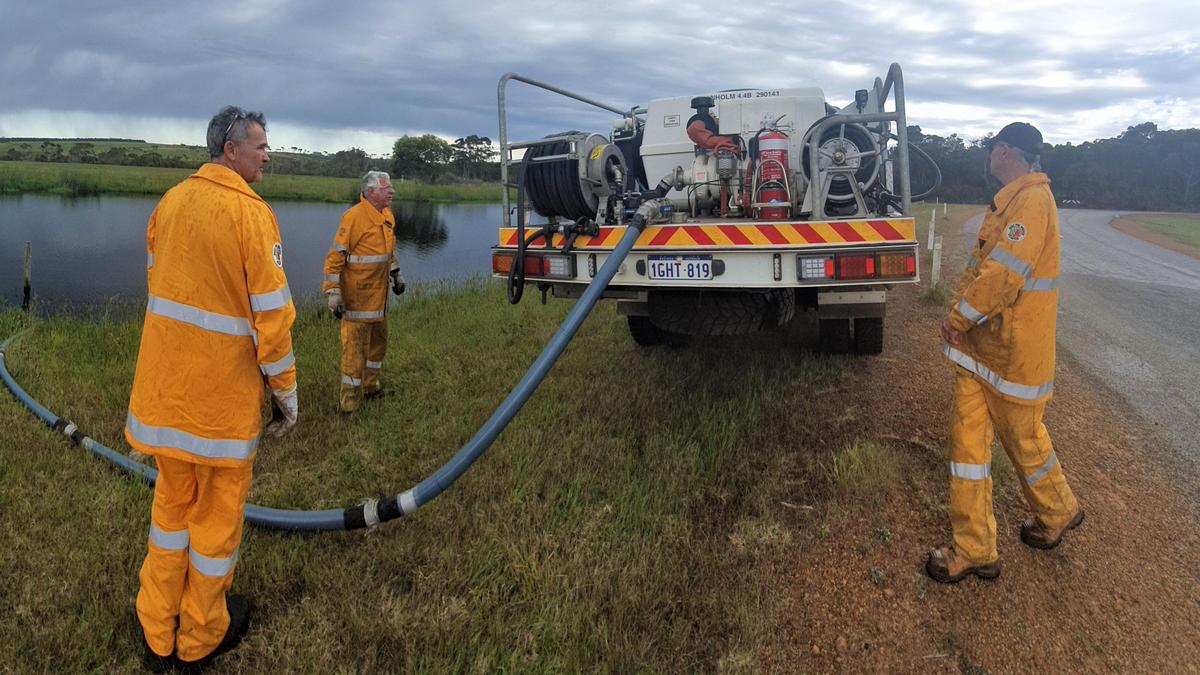 Regional firefighting brigades in “high risk” areas have received a welcome boost to their firefighting equipment to aid their emergency response this summer.

More than 50 new water reservoirs are expected to be built in the Western Australia region, including eight in the Deep South counties such as Albany, Plantagenet and Woodanilling.

Bornholm Kronkup volunteer bush firefighters will receive a new water tank and the city of Albany has provided the crew with a new water pump.

Fire control officer Chris Ayres said the turnaround time to fill tankers was “crucial” in the event of a large-scale fire.

“This will allow quick and easy filling of the trucks, whereas the old system is a bit outdated,” he said.

â€œInstead of filling the truck in about 10 or 12 minutes, now we can do it in about three or four minutes.

â€œRecovery is crucial because the more minutes you wait, the fewer trucks there are on the ground to fight the fire. ”

â€œOur community understands the very real threat of bushfires and we know how important our local fire brigades are,â€ she said.

Mr Ayres said he was concerned about fuel loads in the Bornholm area which he said were “increasing quite significantly”.

â€œWithin our district we have a lot of people in a reasonably high fire risk area with high fuel loads,â€ he said.

“With the fewest people burning these days … and it’s so humid that the fuel loads are increasing and not enough is being done to reduce those loads.”

“This is worrying because it would be better to be preventive and do burn-offs much more regularly than to go out and extinguish fires in the heat of the summer when it is very windy.”

Mr Ayres encouraged people to keep their properties away from fuel loads and clean their gutters before summer.