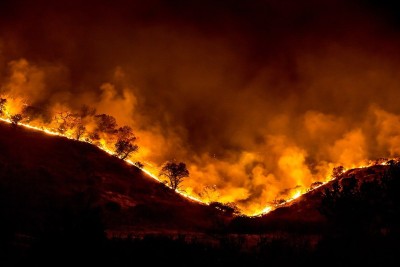 The situation in France is tense. For days, persistent forest fires kept the country at bay. Recently, the situation has come to a head, forcing thousands of civilians in the south of France to leave their homes as a precaution. A total of 1,200 hectares of land have already been affected by the devastating fire and more are on the way.

French authorities have already evacuated more than 6,000 people from the threatened regions around Bordeaux. Due to the current situation and the expected persistent high temperatures, the French civil protection authorities activated the Union Mechanism (UCPM) on 9 August 2022 and sent a request for assistance to the participating States, asking them to send specialized personnel and equipment to put an end to devastating fires.

Several states offered assistance, including Austria. The Austrian Ministry of the Interior, as the competent authority for international disaster relief, responded to the request for assistance and contacted the provincial fire brigade associations in Austria who are eligible for such missions. .

A total of 76 rescuers are now working in France. Part of the unit and equipment was transferred overland, most of the team by air. The expected duration of the deployment of the Austrian assistants is several days.

“Our fellow firefighters support our French neighbors on the ground. This drought summer has the whole of Europe in its clutches. We have to prepare better and better for the consequences of this drought and climate change. It gives a sense of security to know that our firefighters are ready to intervene at any time,” said Stephan Pernkopf, Deputy Governor of Lower Austria.

Pernkopf further said, referring to a fire in Austria: “The fiery disaster in the forests near Bordeaux brings back memories of Austria’s biggest forest fire in Hirschwang an der Rax last autumn: fear and hoping for good weather and a safe firefighting operation by the fire brigade. At that time 115 hectares of forest were affected in our country, in France it is more than 6,000 hectares, it is hell.”

Besides Austria, many other countries also helped in the fight against forest fires. Poland, Greece, Sweden, Italy, Germany and Romania, among others, sent aid to France, which accepted it with gratitude.