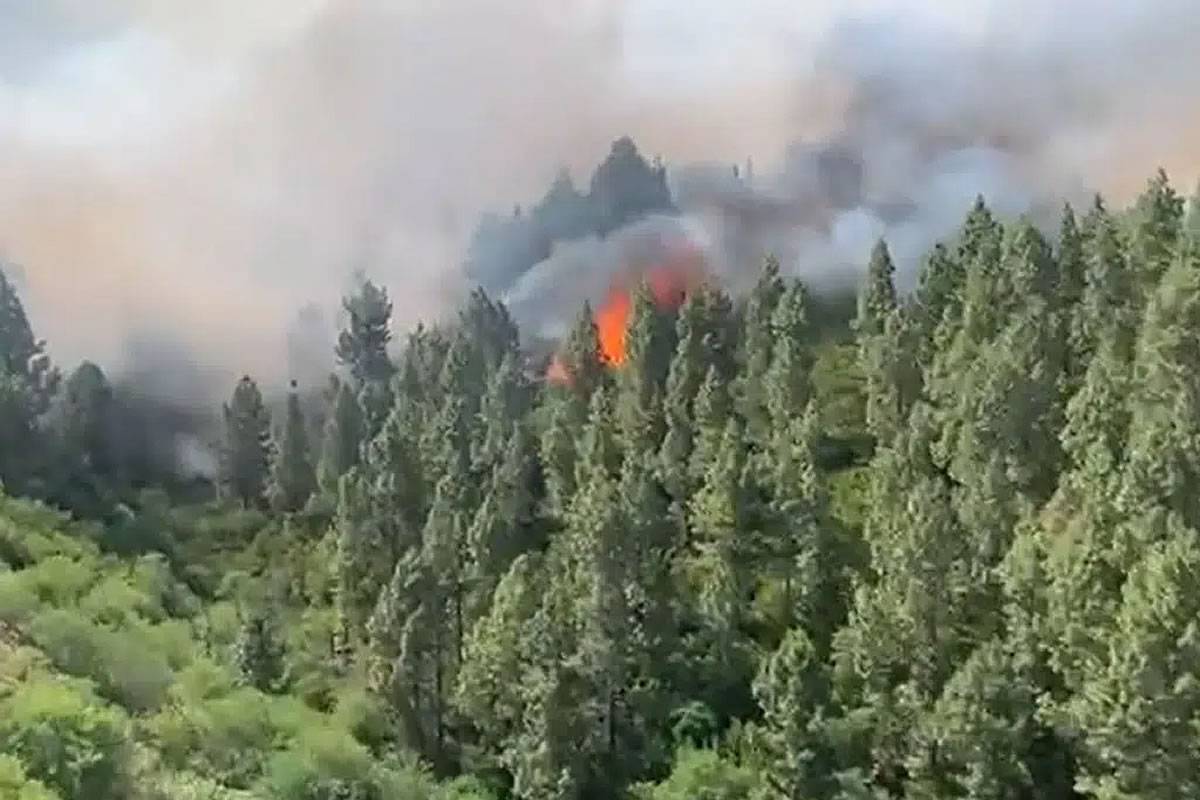 Forest fire in Tenerife, helicopters and firefighters fight the fire –

A forest fire broke out this morning (Thursday) in the pine forests of Los Realejos, in the north of Tenerife, where two helicopters and ground emergency services are fighting to bring the fire under control, which has been upgraded to level 2 emergency and the help of the army was requested.

Adolfo González, mayor of Los Realejos, praised the “quick response” once the outbreak is localized, stressing that weather conditions will not be a major issue in extinguishing the fire. Asked about the intentional origin or not of the fire, he did not want to comment: “In less than a week, we had two homes in Los Realejos, I hope it is not intentional”.

Brifor fire crews are working to put out the blaze in Los Realejos, assisted by GES helicopters carrying buckets of water to dump on the flames, as reported by the Center for Coordination of Emergency Services (CECOES ).

The General Directorate of Security and Emergencies of the Government of the Canary Islands has declared an alert situation due to the risk of forest fires in the Canary Islands, in particular in El Hierro, La Palma, La Gomera, Tenerife and Gran Canaria .

The alert is due to the extreme heat expected this week, low humidity and warm winds, but in addition, the haze will mainly affect the peaks of Gran Canaria and Tenerife, where visibility will be less than 10 km.