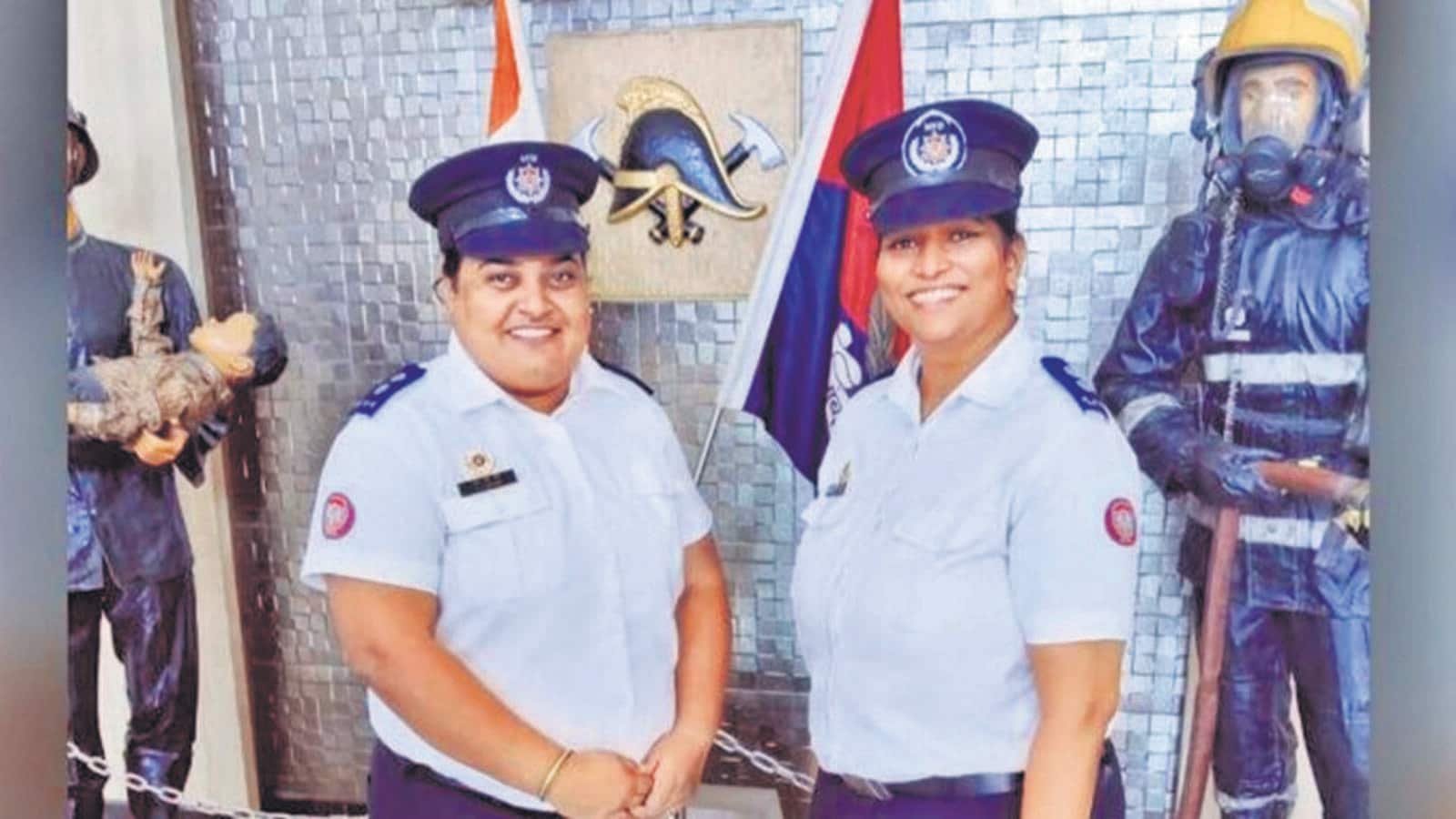 Mumbai For the first time ever, the Mumbai Fire Brigade (MFB) has promoted two female firefighters to post officers (SO) in the brigade.

The two promoted officers, Sunita Khot and SV Bhor, worked as deputy station officers. Both officers have served in the brigade for 10 years. They will now be stationed in Byculla and Wadala.

Mumbai Fire Brigade (MFB) Fire Chief Hemant Parab said that this year 23 MFB officers have been promoted. The role of station officers includes managing an entire fire station as well as taking on administrative roles for the brigade.

“The station officer’s job will include running a fire station, attending fire department calls, carrying out maintenance work and other administrative work. This is the first time in the history of firefighters that two female officers have been promoted to this position and I believe this will set a benchmark in the future,” Parab said.

“Now that they have been promoted, these two female officers will have to be vigilant 24 hours a day, 7 days a week. Moreover, in the event of a building collapse, fire or any other accident occurring within the limits of their respective barracks, they will also have to direct the relief work. The fire station is the main response unit of the city, and it will command all officers, firefighters and women of the fire station,” Parab added.

In addition to meeting certain minimum height and weight requirements – 162 cm and 50 kg – as part of their fitness program, female firefighters must run 800 m in four minutes, jump from a height of 19 feet, run with a 45kg mannequin on their back and show off their long jump, javelin throw, shot put and ladder climbing prowess. The fitness test for male recruits has slightly stricter standards.