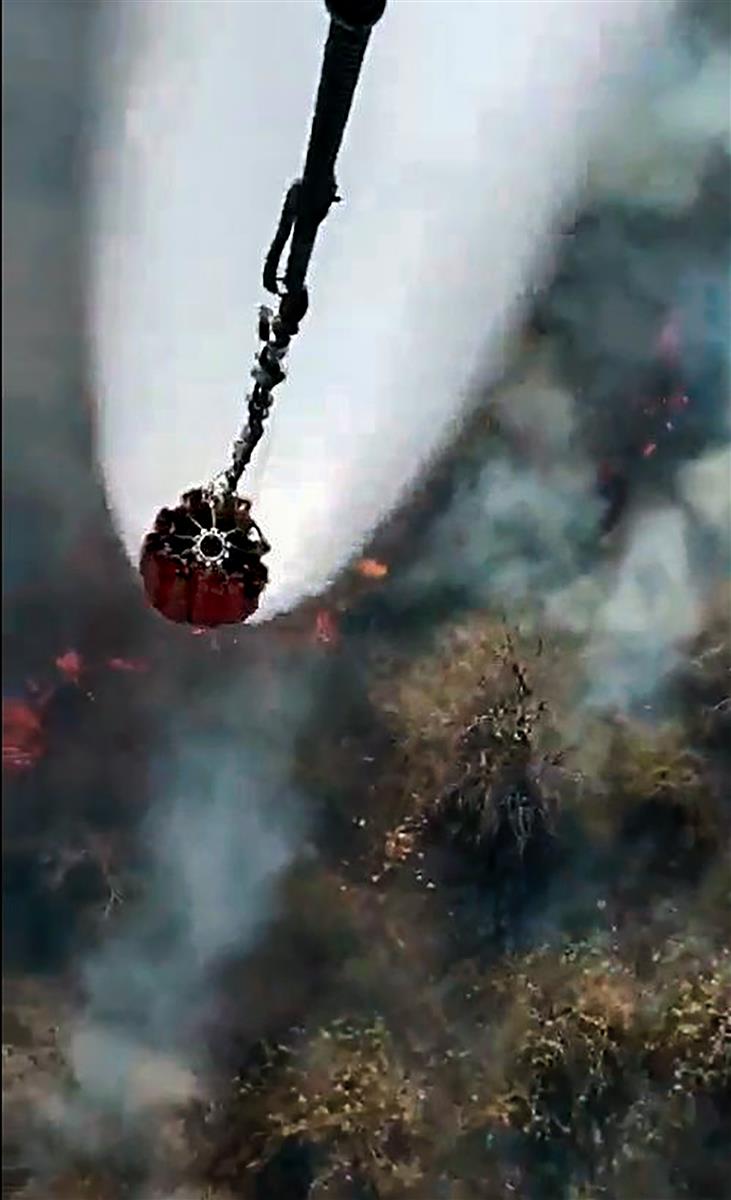 A forestry official said the situation, which had been developing since Sunday, was now “almost under control” in areas of thick dry grass that was easy to burn. But in the morning, the flames were still raging over a strip of four to five square kilometers.

At one point, however, the wildfire had spread over 10 km2.

“The fire didn’t spread much last night and was more than 50% contained from yesterday,” an official said Wednesday.

He said: “Flames are now visible in an area that has less dry grass. Therefore, we expect that it will not take much time now to bring the fire under full control.”

Four adult tigers and five cubs move around the area where the fire started. But officials said no tigers were stuck in the area. The Alwar district reserve has 27 tigers.

The official said the total forest area burned by the wildfire will be assessed once the flames are extinguished.

The fire broke out on Sunday evening and was brought under control on Monday. But it erupted again the same evening and continued until Tuesday, spreading over an area of ​​more than 10 km2 at one point during the day.

“At present, the fire is in an area of ​​about four or five square kilometers and helicopters are carrying water from nearby Silisedh Lake to douse it,” the official said.

Two teams from the State Disaster Response Force (SDRF) were deployed, along with staff from the Forestry Department, nature guides and local people. In total, about 200 people are involved in the firefighting effort.

The Forest Department had earlier asked residents of nearby villages not to enter the forest area.

The prime minister expressed concern over the situation and assured all assistance, government sources said.