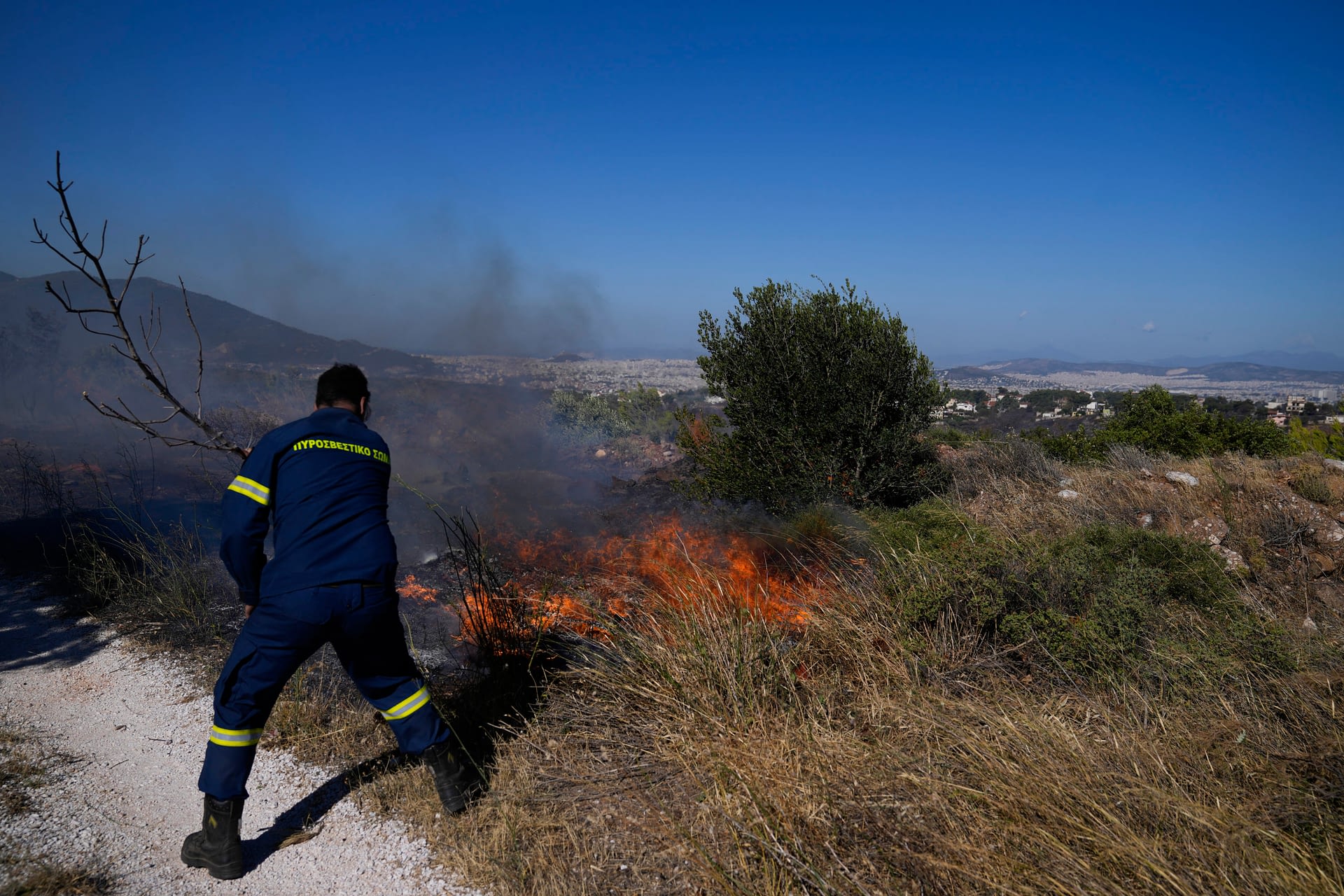 ATHENS – Strong firefighting forces are operating in Dioni and Dasamari up to Marathonos Avenue, where the active fire fronts of the blaze that started in Penteli on Tuesday evening are located, the spokesman said on Wednesday. firefighters Yiannis Artopios during an emergency press briefing.

A smaller front was burning west of the Drafi settlement, he said, as various fires scorched the Anthousa area and firefighting forces were spread along the avenue. Marathonos to maintain the fire in its northern part.

Artopios reported steady improvement on the northeast, north and northwest flanks of the fire, where there was currently no actively burning front.

“All civil protection forces are working tirelessly on the ground. The safeguarding of human life remains our top priority, as does the protection of critical public sector infrastructure of vital importance and the private property of citizens,” he reiterated, adding that the investigation teams on the Arson is already conducting investigations to determine the cause of the fire.

Ground forces are assisted by nine firefighting aircraft and 10 helicopters, one of which is used to coordinate aerial operations, Artopios said. Through the use of 112 messages and the help of the police, he added, organized evacuations of citizens were organized in an area inhabited by 90,000 inhabitants.

Thirty people were transported in hospital ambulances, three of whom had burns. The others were people with respiratory problems and minor injuries, including three firefighters, from the regions of Pallini, Gerakas, Anthousa and Penteli.

Artopios said 10 ambulances are dispatched to transport people who need help, with the Special Department of Disaster Medicine having been activated. In addition, 50 people were evacuated, mainly nursing homes, as a precaution.

He noted that the EU’s Copernicus service had also been activated to map the area affected by the fire and warned that Wednesday was another high fire risk day for most of the country, with patrols aerial surveillance to be continued, as well as patrols by firefighters, police and military forces in forests, national parks and vulnerable areas.