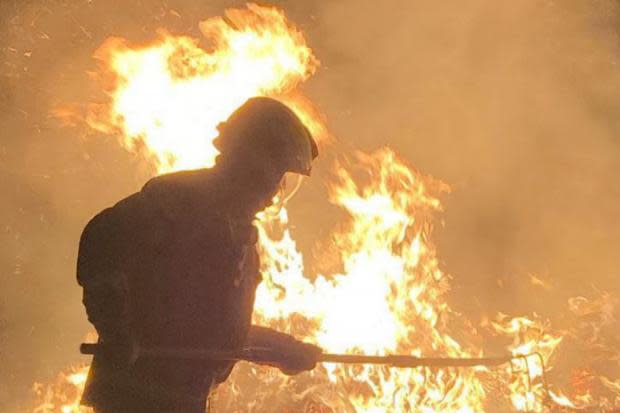 Firefighters union to vote for Oxfordshire firefighters ahead of strike

The firefighters’ union is preparing to elect firefighters across the county for a strike, following an “insulting” 2% wage offer.

The union is not the first to strike this summer and is following a trend of discontent among workers, including Royal Mail staff, railway workers, train drivers and communications staff who have all quit over the wages, conditions and jobs.

A letter shared with this newspaper, which is being sent to union members today (September 5), says the Executive Board decided at its September 2 meeting that there was ‘no other option’ than to vote for strike action “to fight for fair wages”.

On June 27, the union received a 2% wage offer from fire department employers.

This salary increase was seen by the Executive Council as an “insult” to firefighters.

“The offer was woefully inadequate in the face of the emerging cost of living crisis as FBU members find it increasingly difficult to make ends meet,” the board said.

After a national consultation period with members, this offer was unanimously rejected by the Executive Council on July 18 and the result was relayed to fire service employers the same day.

Despite this, the union has received no improved proposals from fire service employers.

A spokesperson for the firefighters’ union continued: ‘We need to get fair pay for FBU members. The current situation cannot last and only by standing up and fighting together can we achieve a desperately needed pay rise.

“The ball is now in the fire service employer’s court. It’s not too late for them to make a substantially better salary offer to our members.

The union’s goal is to have members vote for strike action in 5 weeks and the Executive Council will meet again within three weeks to further develop industrial action plans.

“Firefighters join the service to help people so we certainly don’t want to strike but there is an opportunity to stop that, for the employers to offer a decent wage offer.

“It’s gotten to the point where employers treat us with such contempt that we have no other choice, that’s how our members feel.”

He added: “The 2% is around £12 a week for a fully trained firefighter. We the crisis in the cost of living and the wage cuts in real terms, it’s not really the reduction.

“Our members are suffering like all other public sector workers.”

This story was written by Sophie Perry. She joined the team in 2021 as a digital reporter.

A message from our editor

Thank you for reading this story and for supporting the Oxford Mail.

If you like what we do consider subscribing to Oxford Mail and in return we will give you unlimited access with less advertising on our website from the latest news, surveys, features and sports.

You can also join the conversation in our Facebook groups: stay ahead of traffic alerts here, catch up on the latest court news here, share your favorite Oxford memories here, get your daily dose of celebrities here and take some time with news that will make you smile.

If you have a story for our reporters, send us your news here. You can also list an event for free here.