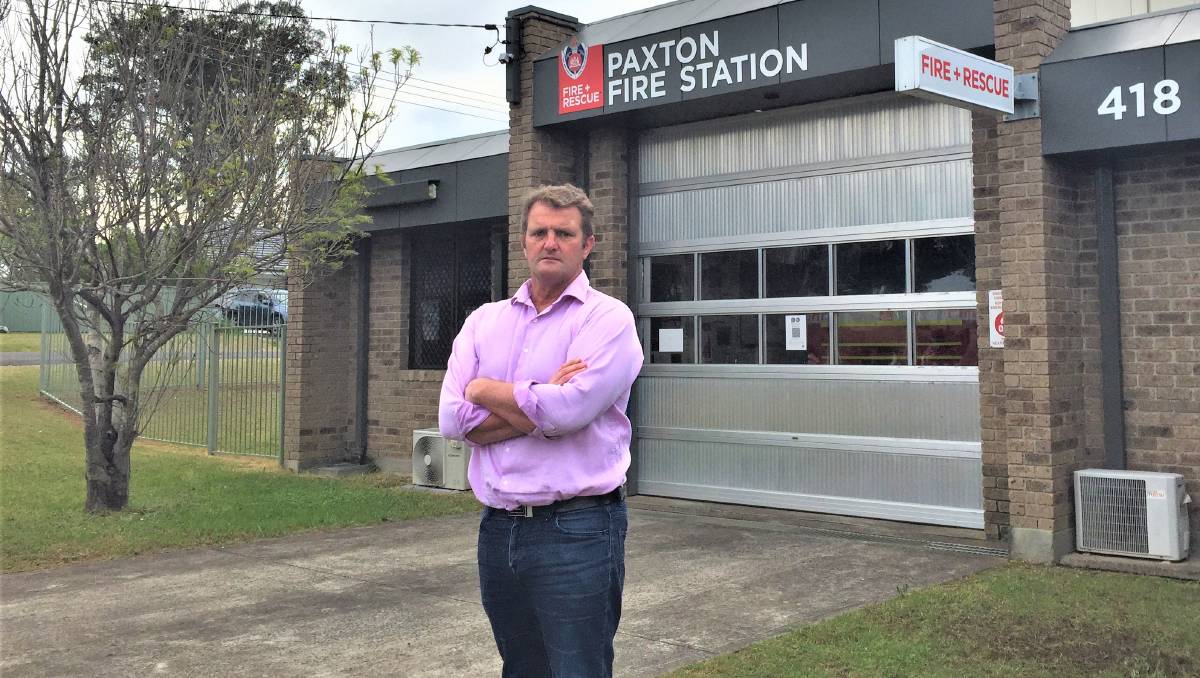 A proposal to take 30 NSW fire and rescue stations – including Paxton – temporarily offline amid staff shortages is being fought by the firefighters’ union.

The union says taking stations offline poses “major risks to firefighters and the safety of the community,” but Fire and Rescue NSW says this does not reduce service delivery; it is the continuation of a practice that has been in place for over a decade.

Trucks from 34 stations across the state (including Bellbird, Kearsley, and one but not both of Abermain or Kurri Kurri) can be taken offline if a minimum crew of four cannot be provided as part of the ‘an order introduced in 2008.

The union opposes the proposal to add 30 more stations to this list within the Industrial Relations Commission, saying it “deprives a local community of a critical emergency response, leaving any intervention to the fire stations. firefighters from further away and reducing the number of fires. trucks to any incident “.

“We are not closing the fire stations,” he said.

â€œAll trucks have automatic vehicle tracking to allow the nearest and most appropriate truck to respond.

“Trucks will only be temporarily taken offline if it is safe to do so and there are other trucks in the network that could respond quickly to an incident.”

Firefighters’ Union Secretary of State Leighton Drury took issue with the union’s claim to support the introduction of the practice.

“The FBEU did not agree in 2008, and now does not agree with taking fire stations offline,” he said.

â€œFire and rescue can talk all they want about risk management and demographics, but the reality is that unless a fire truck has personnel to get there, if a fire breaks out, this fire truck will not go.

â€œThis is a compelling fact that senior management and government just don’t understand. Local communities deserve their local fire truck to show up as quickly as possible. They shouldn’t have to wait for the next nearest truck to show up.

â€œIf Fire and Rescue were serious about keeping communities safe, they would abandon this plan.

“It does not pass the publicity test and it will leave communities worse off.”

Cessnock MP Clayton Barr said the plan was a “terribly dangerous bet” for the NSW government, especially as Paxton is the only fire and rescue station in the rural west of Cessnock.

“They are playing with people’s lives and property. The government knows for sure that a decision like this will increase the risk to communities that will not be protected in the normal way, with normal coverage, leaving some of the these fire stations are in shutdown mode, â€Barr said.

“What if the Pinch was closed and the nearest truck had to go through Quorrobolong?”

â€œThese villages – Paxton, Ellalong and Millfield – are growing and growing.

“I hope no tragedy will come from this decision.

â€œWhy can the government find billions and billions of dollars to build a road, a bridge or a tunnel in Sydney, but cannot find a few thousand dollars for the people of Paxton?

The case was partially heard by the Industrial Relations Commission and will have a final day of hearing on December 17.

“We encourage people to write to the Member of Parliament for their local state, the Minister for Police and Emergency Services, the New South Wales Fire and Rescue Commissioner and make their voices heard,” a- he declared.

â€œAnd above all, we need the community to support our local firefighters, who are of course at the center of this proposal.

â€œThey are doing their best to maintain this vital service, and their employer wants to put them aside and allow their local community to be exposed.

“We encourage people to apply for positions at their local NSW fire and rescue stations if they are recruiting, and don’t forget to thank your local fire fighters for their outstanding work in the community.”