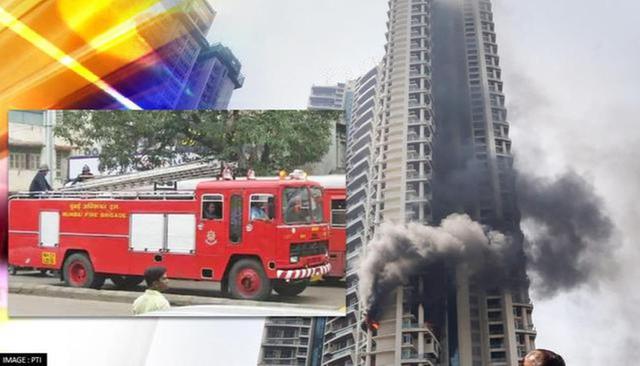 Firefighters cite short circuit as the reason for the blaze

In a major development in connection with the One Avighna Park fire case on October 22, Mumbai firefighters on Wednesday submitted a preliminary report indicating that a short in the main electrical distribution board of the apartment number 1902 on the 19th floor of the building could be the cause of the fire. The report was tabled prior to the meeting of the Statutory Civic Standing Committee.

On the day of the incident, an FIR was registered at Kalachowki Police Station under Section 336, 304 (A) of the Indian Penal Code (IPC) and Section 3 (1), 3 (3 ) of the Maharashtra Fire Prevention and Life Saving Measures Act 2006. At least 14 fire trucks and nine jumbo jets had reached the site.

“In addition, as the company’s firefighting equipment was not kept in good working order, a warning notice was sent to affected stakeholders,” the report said.

He added: “However, due to insufficient water pressure, the firefighters decided to use the garden hose of his vehicles and put out the flames. This led to the destruction of the entire 1902 apartment and the spread of fire to part of the 2002 apartment, ”the report added.

The fire, classified as level 4 (major), erupted around 11:45 a.m., further killing one person, Arun Tiwari, 30, who was the building’s security guard. He was allegedly trapped in a room on the 19th floor and hung from the balcony railing of the apartment to save himself. Unfortunately, he fell and suffered serious injuries. He was immediately rushed to the nearby KEM hospital, but was pronounced dead on arrival.

The fire mainly started in one apartment on the 19th floor and then spread to the other apartments and then to the 16th, 17th and 18th floors as well. Black smoke was seen emerging from the ground, after which several ambulances rushed to the scene along with several firefighters. After hours of struggle, the firefighters managed to extinguish the huge fire in two hours.