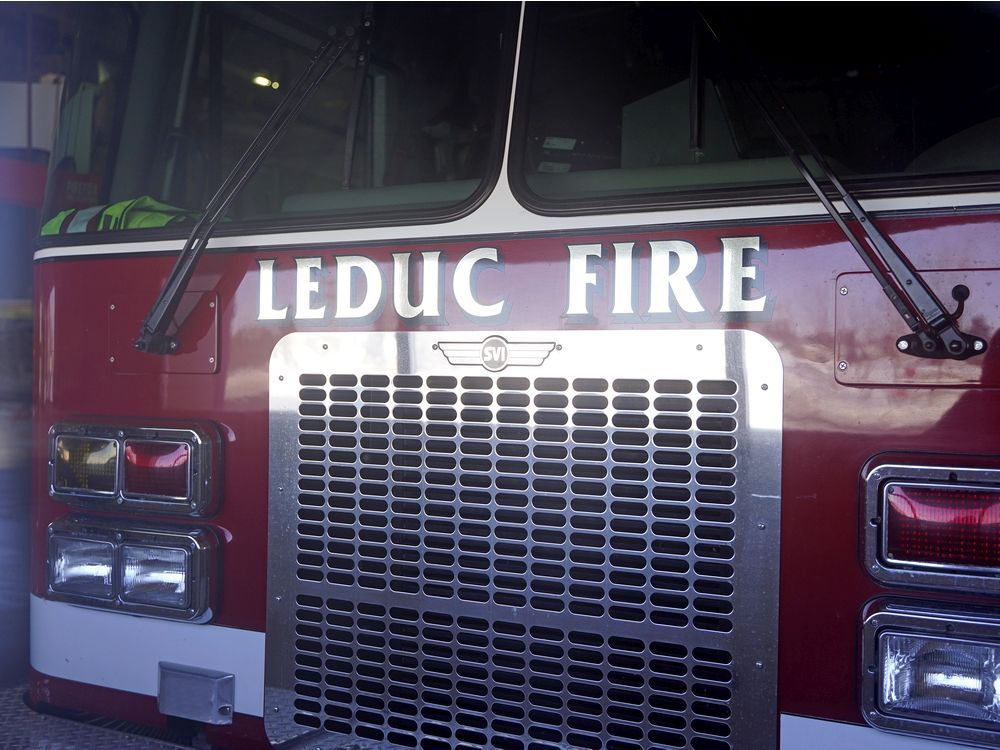 A proposed class action lawsuit alleges that women who work at the Leduc Fire Department are subject to a “well-known” culture of sexual harassment and assault, and that attempts to report misconduct are met with retaliation.

In a statement filed February 24 against the City of Leduc, two female firefighters say they faced bullying, discrimination, and physical and sexual assault on the job, preventing them from advancing in their careers and leaving them with PTSD .

“The Fire Department created a system and culture where abuse of female firefighters was systemic, common and tolerated and any attempt to report such abuse was met with retaliation, harassment and intimidation,” indicates the trial.

The allegations have not been proven in court and the class action lawsuit has not yet been certified by a judge. The members of the proposed class action are all women who have worked at the LFD since 2000.

Leduc City Manager Derek Prohar said in a statement that the city is aware of the serious allegations. He declined to provide further comment as the matter is under investigation and is now before the courts.

Christa Steele, one of the named plaintiffs, said in an interview Wednesday that after 19 years with the LFD, the alleged harassment was taking its toll on her health. Although she loved her job, she was afraid to go to work, wanting to call in sick to avoid co-workers who she felt put her at risk.

“Fire departments and EMS stations were never called – not in a big way. The army has, the police have, for all this terrible behavior,” she said.

“The public needs to know about all these secrets that go on behind these bay doors.”

According to the statement, Steele and Mindy Smith, another firefighter, continued the lawsuit after a third-party investigation into the LFD was completed earlier this year. This report has not been made public.

“This boys club mentality that continues a cycle of abuse of women is prevalent,” Steele said.

“And there are private Facebook groups that are for female firefighters and EMS, and there are a lot of stories like that.”

In the statement, Steele alleges abuse at the LFD began “almost immediately” after she was hired as a firefighter and EMT in 2002. She says a male colleague exposed her genitals to her, she faced advances sexual abuse and groping, and a firefighter climbed into her bed while she slept in the female dorms.

“She was told during engine changes and during annual checkups with the captain to ‘watch your back,’ that she had a ‘target on her back,’ and to ‘watch herself,'” the lawsuit states.

“She understood that it was because of the harassment and assaults she had suffered. … The threats were of particular concern because, as a firefighter, she was involved in dangerous situations where she had to rely on other firefighters for her safety.

A male firefighter, who was tasked with measuring female firefighters for their uniforms and radio scarves, was said to be “well known” for harassment. He is suspected of sexually assaulting Steele and Smith.

Steele said she was ‘cornered’ in the mess kitchen on the pretext of getting measurements only for the man to touch her breasts and genitals, and Smith said she was leaned against the wall in a closet at supplies and assaulted.

The statement said the man’s job was eventually terminated and he was not supposed to be allowed to attend firefighter events, a ban which was reportedly not enforced. When he was finally removed from an event, the legal document describes some male firefighters saying, “The girls made it up and put it on track.”

Other female employees, the statement said, have had similar experiences but remain too fearful to come forward. The lawsuit also describes cases of harassment and discrimination against female students interning at the LFD.

Steele said she wants the city and the fire department to take responsibility for what happened and follow their own workplace safety policies.

The lawsuit alleges that the Town of Leduc and the fire department were negligent in providing a safe workplace and violated their rights protected under the Canadian Charter of Rights and Freedoms.

“We have already determined that domestic violence is not appropriate. So why do we allow abuse in our work? ” she says. “You are beaten and you don’t think you are worth fighting for.”

Steele said she knew she wanted to be a firefighter since she was a teenager and didn’t want to quit a job she considered a calling. But she also feels that she had no choice.

“Honestly, I would have preferred to continue my career and retire as a paramedic firefighter, but it was a hand I was forced to deal with. And that’s not fair,” she said.

“I’m giving up something I’m so passionate about in order to hopefully end some abusive behavior so other women can enjoy their work as much as I do.”

— With files from The Canadian Press

Sign up to receive daily news from the Edmonton Journal, a division of Postmedia Network Inc.

Thank you for your registration!

A welcome email is on its way. If you don’t see it, please check your spam folder.

The next issue of Edmonton Journal Headline News will soon be in your inbox.

We encountered a problem during your registration. Try Again