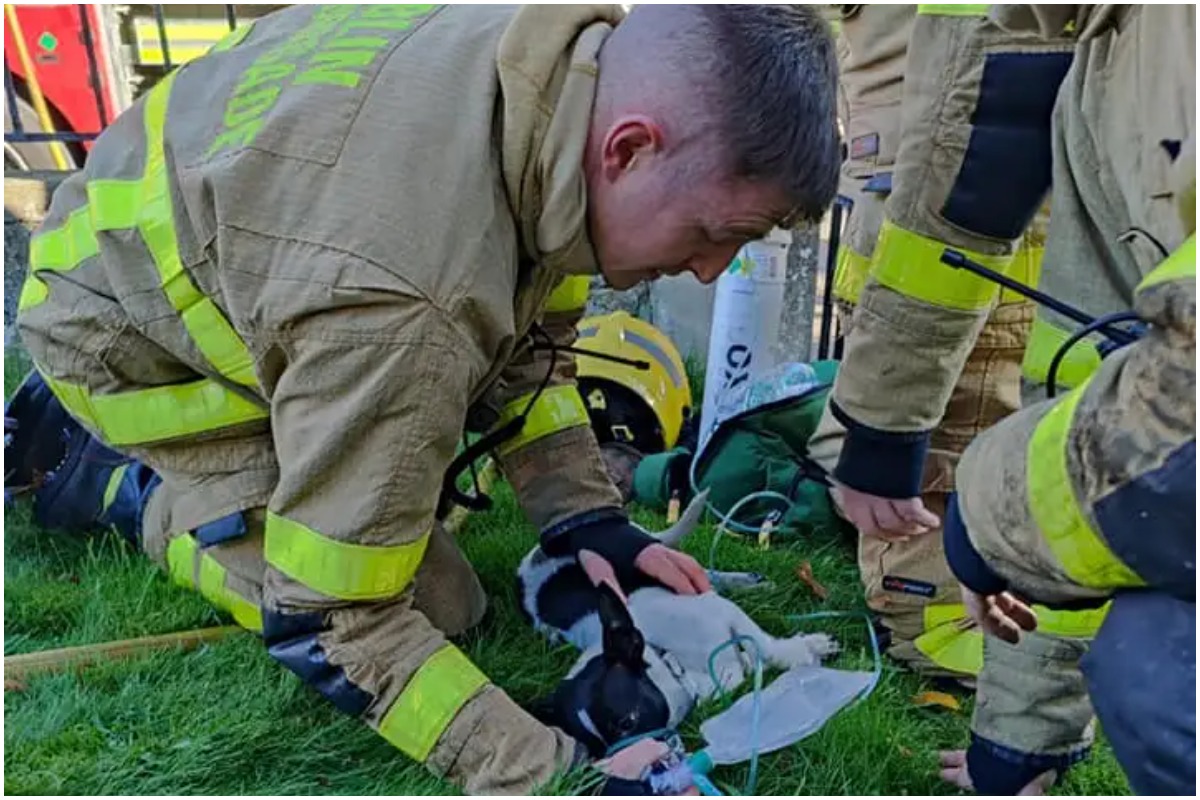 DUBLIN firefighters have been called “absolute heroes” after saving a dog from a fire yesterday morning.

Crews were called in to a house fire in Blanchardstown on Monday.

Little Jessie was saved by the team who gave her oxygen after she was removed from the house.

Dublin firefighters wrote on Facebook last night: ‘Firefighters rescued a dog this morning in Blanchardstown as they were fighting a blaze at his home.

â€œThe crew gave Jessie oxygen and transport to a local veterinarian was arranged. Oxygen therapy continued and will continue to be observed.

“Her human was extinct at the time of the fire.

â€œHis house was completely smoky as a result of the fire.

“Make a habit of closing all the doors in your house when you go out and go to bed. This is the most effective way to stop the spread of smoke and fire in your home.”

A large number of people commented under the post to congratulate the crew.

One of them said: â€œWell done DFB. You are all heroes.

“I hope the little dog gets better soon and that his family can tidy up his house as quickly as possible.”

Another added: â€œWell done you are all absolute heroes.

“I hope the poor little dog is well? He’s just a little thing. God bless you for saving him xx.”

Someone else wrote: “Well done and thank you for your service. Hope the little dog makes a full recovery.”

Last week, a man from Wexford was also hailed as a hero after rescuing pets from a house fire in the United States.

Paul Murphy of Wexford was jogging when he saw smoke coming from the garage of a house in Scotts Valley, California.

The family were not at home at the time, but Paul was able to alert them using their Ring doorbell.

Courtney Polito gave him access to the code and he saved the animals – two dachshunds, a cat and a rabbit.

She told KSBW: â€œI saw him running back and forth so I answered and he said, ‘Hello, do you see there is smoke coming out of the top of your house? ? ‘

“The fire department said 10 more minutes and the house would be gone.”