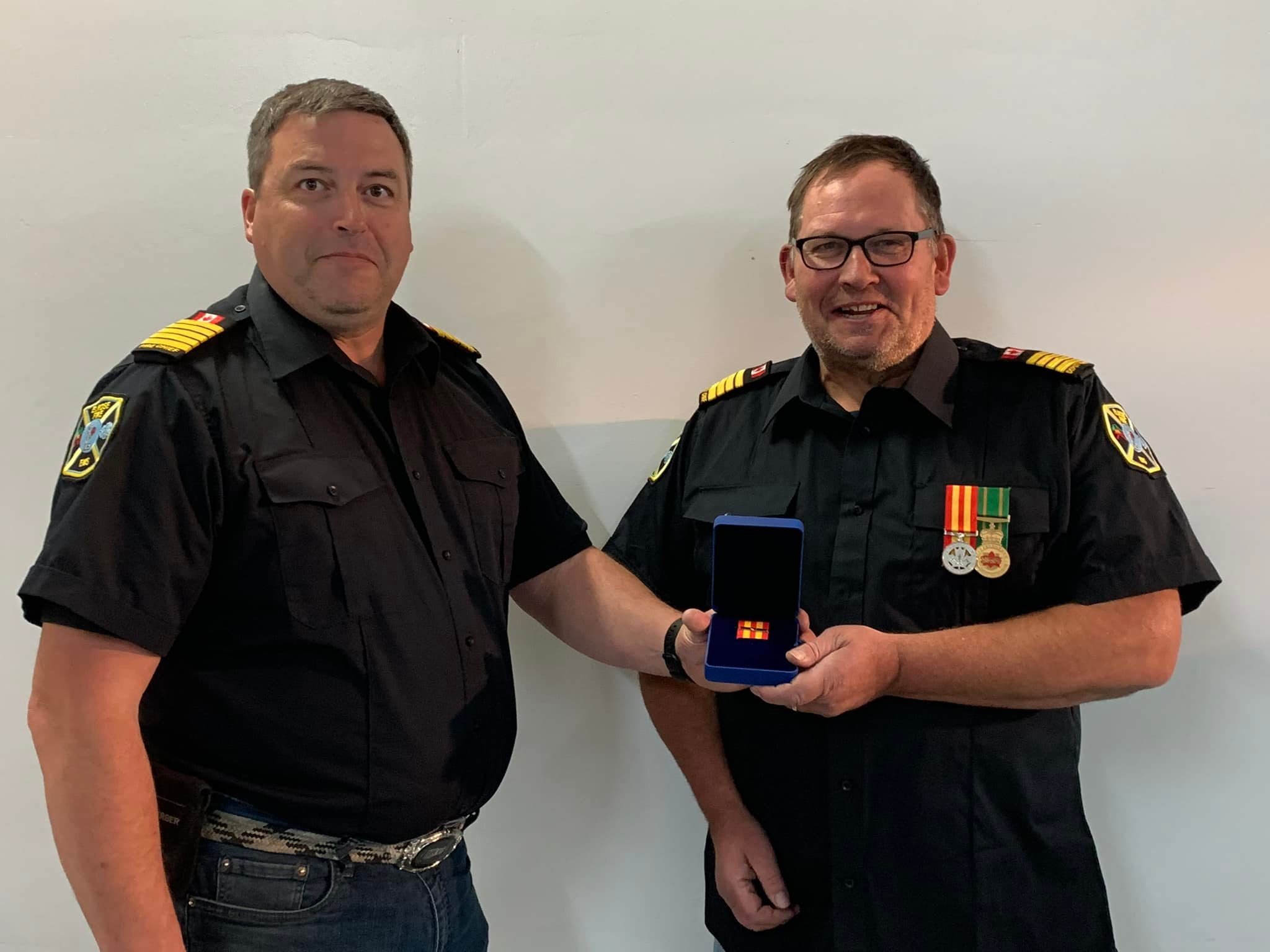 The Town of Elrose will say goodbye to a longtime member of the Volunteer Fire Department as Deputy Fire Chief Bill McKillop steps down, with these parting words.

“I would just like to wish Fire Chief Mark Torrance and the rest of the department good luck. I would like to thank the community of Elrose and the RM of Monet for the great support they have given our group over the years. “

“I never really thought I would be there for 30 years, but it was a good experience. It was a good way to serve the community and I worked with a lot of good guys in the department.”

McKillop has received many accolades over his thirty-plus years. He is most proud of his Volunteer Service Medal awarded by the Lieutenant Governor. Along with Rob Hopkins and Allen McDonald, he received this honor in May. There was a structural fire he can’t forget, he says.

“The biggest fire was fighting a hotel fire in the 90s. That was probably the biggest career highlight.”

He will now be spending more time with his family and mentioned that all firefighters have the benefit of meeting new, interesting people, as well as working in a team atmosphere.