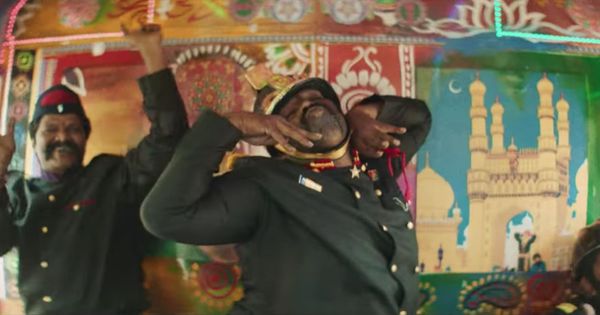 By: Marion R. Alexander
In: Fire fighting
With: 0 Comments

DJ Snake first came to India with Major Lazer to shoot what would become one of the most popular music videos in the world. Lean on. The clip featured Govinda-inspired dance moves, lots of color, Indian motifs, and a particularly bling-up local road bus.

Well, the French DJ and producer wanted to pay homage to the massive influence of Indian music on his career, and he came back to India to shoot another music video, and this one is literally on fire.

The clip (above) for Magenta riddim is a comedic epic that follows a squad of the world’s happiest firefighters in Telangana who can’t seem to stop dancing. Formed by Snake, who masquerades as a French firefighter, the fire brigade is the pride and joy of the city, greeted by die-hard fans, who also can’t stop dancing (probably because of the dance number lively). Firefighters embark on hilarious Tollywood firefighting adventures around the city aboard their overpowered fire truck, until they face their biggest challenge yet and find a dark twist in the story.

Directed by Gal Muggia and Vania Heymann, the video was shot in March 2018 in Hyderabad and parts of Telangana with the help of local talent. According to Snake’s Instagram post, he thinks it was his best video ever, thanks to India’s “colors, people, music, culture”.