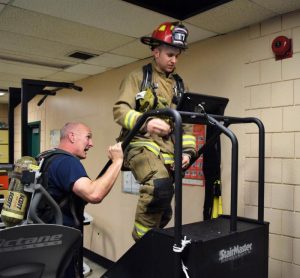 Covington firefighter Stu Johnson slipped out of his Air-Pak and bent down, sweat literally streaming down his forehead and hitting the tiled floor.

He was hot and his legs hurt.

Carrying 55 pounds of gear, Johnson had just climbed the equivalent of 45 flights of stairs on a StairMaster Stepmill – and his training was just beginning.

Well, obviously it pays to be in good shape when at any point you might be carrying a smoke inhalation victim out of a burning building, handling a high pressure hose, or climbing onto a fire pit. ladder.

But Johnson had one more reason: Next Sunday he and seven teammates from the Covington Fire Department will compete in the American Lung Association’s Fight for Air Climb in Cincinnati.

Technically, it’s a fundraiser for the health advocacy group, but about two dozen area fire departments have made it an annual bragging battle.

And the Covington firefighters are, as the saying goes, ‘here to win’. 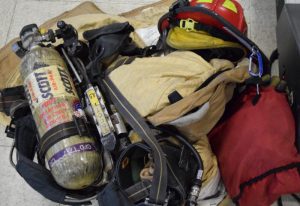 In total, firefighters carry around 55 pounds of equipment for the 45-story climb.

â€œThis is our third year in competition,â€ said Lt. Mike Davis, another member of the Covington team. â€œWe came in second in our first year, and last year we actually won it. “

Not only did the Covington team finish first, but Johnson erased the previous “course” record of 8 minutes and 5 seconds and set a new one of 7:25.

â€œMy goal is to beat my time from last year,â€ he said, explaining his two high intensity workouts per day.

It is Cincinnati’s Carew Tower, the second tallest building in the city. The event consists of climbing 45 of the 49 floors of the tower. It’s 804 steps. And in the firefighter and first responder division, you wear an air pack, helmet and coat, firefighter pants and boots.

â€œI don’t pace myself. I’m just going until I die, â€Johnson said of his strategy. 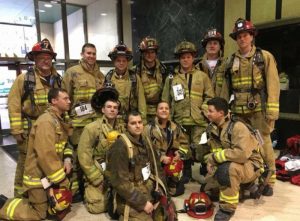 The fastest members of the Covington team recorded the lowest average time in the 2018 event.

Davis admits it’s unusual. “Most guys, if you do it in less than 10 minutes, you just hustle yourself.”

Davis said the team members both train together and on their own, with the best preparation being to walk the three flights of stairs to Company 1 (over and over again) or go to the apartment complex. The Colony and walk its 11 floors four or five times.

(EDITOR’S NOTE: Next, to show a barrier to adopting the type of regular training schedule required to climb 45 floors in 7 minutes with 55-pound gear, the emergency tones dropped at the Covington and Davis Fire Station had to end his training before it even started.)

Besides Davis and Johnson, the other members of the Covington team are David Ausdenmoore, Mike Hilton, Brian Moellinger, Scott Moellinger, Timothy Petry and Kurt Thomas, all of whom are firefighters / paramedics or engineers within the Covington Department.

Spectators are welcome to the Fight for Air Climb, which begins Saturday at 6:45 am The firefighter and first responder challenge division begins at noon.

Covington residents can also sponsor members of the Covington team with a tax-deductible financial donation. To view the Covington Fire Department team page or to donate, click HERE.