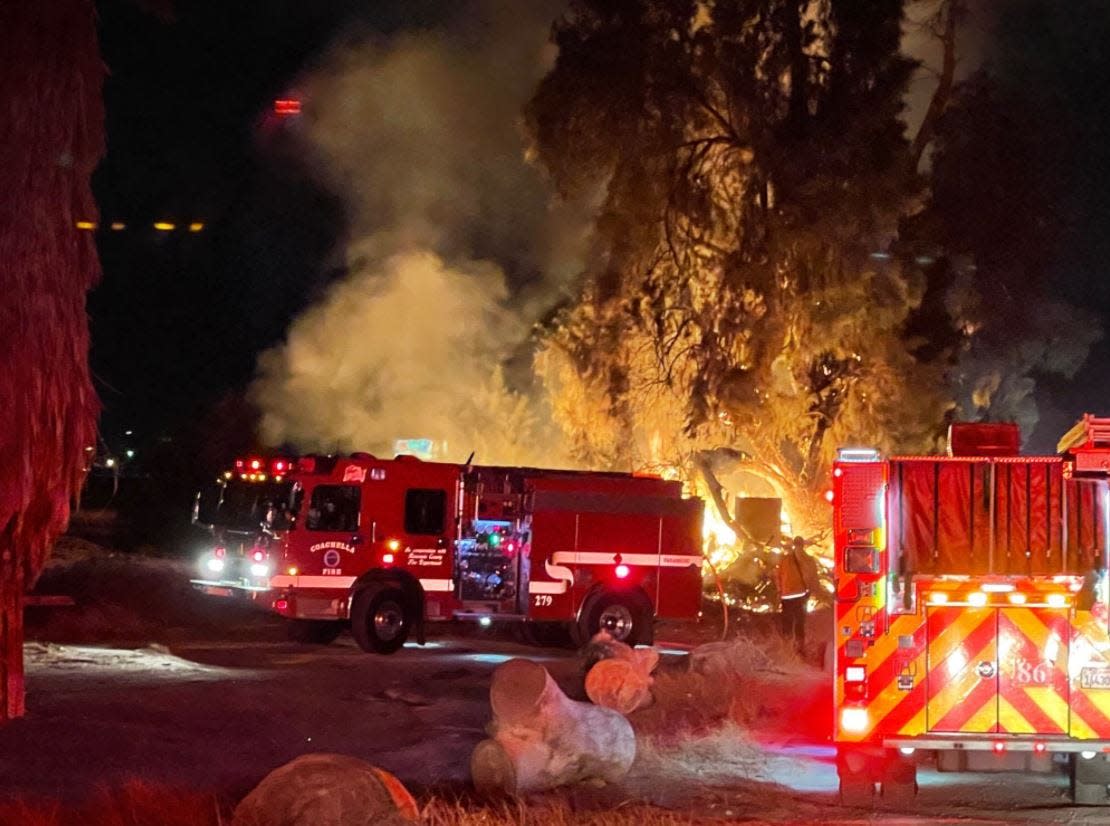 A large vegetation fire involving tamarisk trees that began Monday night near Interstate 10 in Indio is expected to continue smoldering for the next few days and bypass smoke will be visible from the area of ​​the fire, Cal Fire said early Tuesday morning.

At around 8:30 p.m. Monday, Cal Fire officials reported on Twitter that the fire was burning in an area of ​​approximately 100 feet by 30 feet of tamarisk.

In a video posted to Twitter at 9:30 p.m., White said the fire area was about 800 feet long and was burning in deep-rooted tamarisk and wood debris, or debris.

“The slash is about 8 to 12 feet deep in some places, and we’re looking at tree diameters between 36 (inches) and 48 inches,” White said.

Firefighters have little water and resources available in the area, he said.

“The fire, realistically, will burn for three to five days,” White said, adding “there is no threat of expansion.”

At this point, the fire is largely contained within the current burn zone. But given the depth of the tamarisk bar, it is also not practical to try and put out the fire completely by putting water on it.

“Since they do not pose a threat to the surroundings, the best thing to do is let it burn,” said Rob Roseen, public information manager for the Riverside County Fire Department.

The cause of the fire is still under investigation, Roseen said. No injuries were reported.