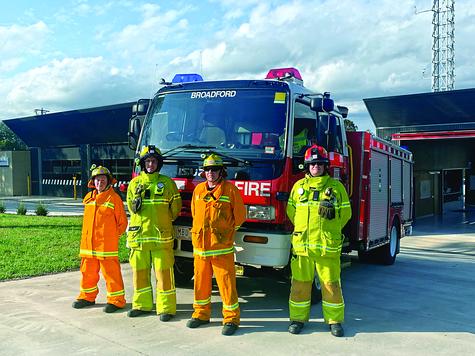 Broadford Fire Brigade is now recruiting new members to help not only fight the fires, but also in a myriad of roles to serve the community.

â€œCommunity involvement is a big part of Broadford and this is where non-operational members can contribute to the community as well.

â€œCommunity education, social media, station and grounds maintenance are just a few things that need to be taken care of. “

Mr Bastow said it was a busy time for CFA.

“Operational members prepare for bushfire season, you will see an increase in CFA truck activity in the city and surrounding areas as members prepare to do their annual pre-season drills,” he said. he declared.

Ms Bastow said the brigade will focus on memberships and recruiting over the next two months.

â€œWith COVID-19, like many other industries, membership numbers have dropped. So we need new members to join our brigade, â€he said.

â€œFor the first participation, it is thanks to the quick-wittedness of the inhabitants who used their fire blankets, that the disaster was avoided.

“For the second round, the house suffered a lot of damage in the front rooms, but it was our volunteers and those of the surrounding brigades who kept this house from being totally destroyed.”

Mr Bastow said emergency calls can happen at any time of the day – and Broadford CFA must be prepared year round.

â€œThe majority of our participation is made up of false alarms. As a captain, I always believe that a fake alarm call with good intentions is better than a call when it’s too late.

â€œAs volunteers, we do all we can to protect the lives and property around us, but we can’t be everywhere all the time. “

Mr. Bastow encouraged those interested in learning more about how to become a CFA volunteer, and who have the commitment and time to devote, to drop by the station at 47 Hamilton Street, Broadford, or call Brass at 0439 313 657 or send an email to chris.skala @ members.cfa.vic.gov.au.