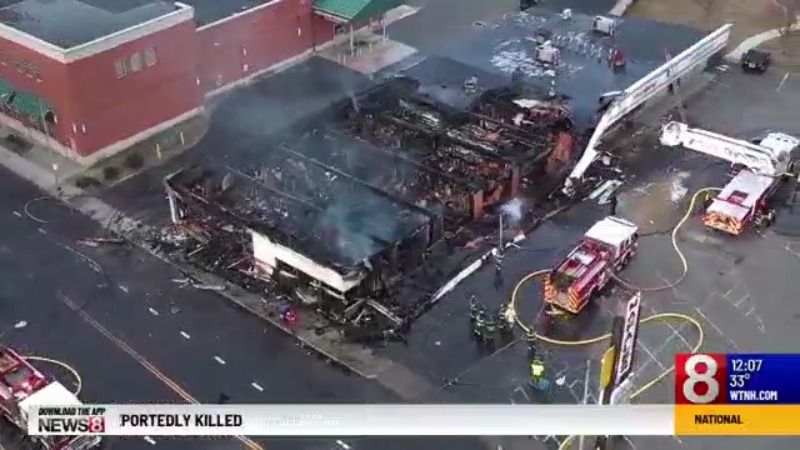 Bristol Fire Service is investigating a fire in a large square

BRISTOL, Conn. (WTNH) – The Bristol Fire Department responded to a large fire in the plaza at 43 Main St. early Thursday morning around 1:20 a.m.

Upon arriving at the plaza, firefighters encountered a moderate amount of smoke billowing from the building. Firefighters attempted an interior attack but were driven back by the flames. The crews changed gears and embarked on a defensive operation to protect the exhibit and nearby buildings.

There are several businesses in the square including Crystal Diner, Vivaldi’s Pizza, Main Street Laundromat, Marty’s Package Store and Dance Experience. Three buildings were destroyed by the blaze, according to Bristol Fire Deputy Chief Bob Poggio.

25 firefighters are still on site with the assistance of Plainville, Farmington and Terryville.

Main Street will be closed until at least noon.

The state is investigating the cause of the fire.

There are no reported injuries.

The Bristol Fire Department is currently investigating the cause of the fire.

No further information has been released at this time.

The investigation remains active and ongoing.